A Tale of Two Countries: Racially Targeted Arrests in the Era of Marijuana Reform

This report details marijuana arrests from 2010 to 2018 and examines racial disparities at the national, state, and county levels. The report reveals that the racist war on marijuana is far from over. More than six million arrests occurred between 2010 and 2018, and Black people are still more likely to be arrested for marijuana possession than white people in every state, including those that have legalized marijuana. With detailed recommendations for governments and law enforcement agencies, this report provides a detailed road map for ending the War on Marijuana and ensuring legalization efforts center racial justice. 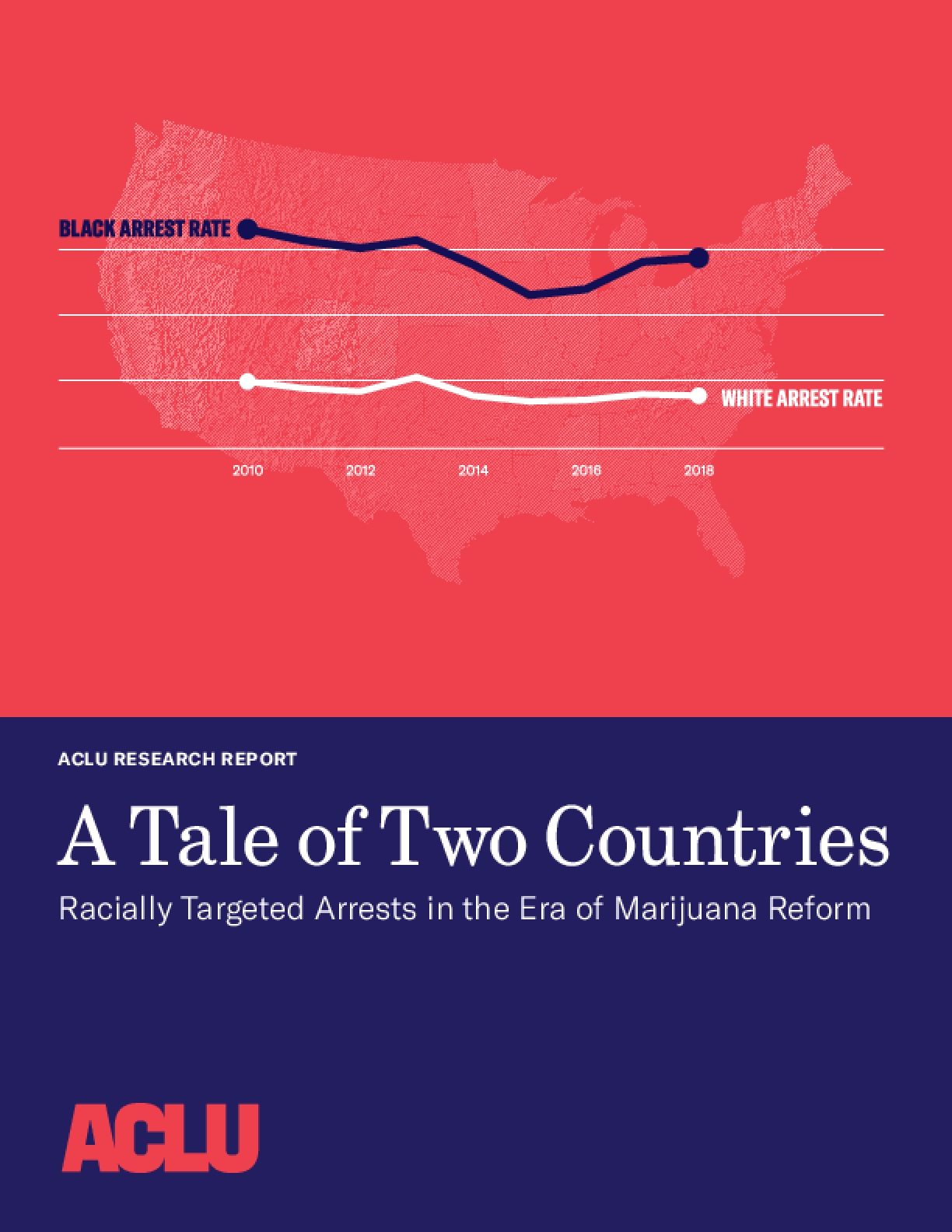