Building the Mekong: Healing the Wounds of War and Forging the Future of the Southeast Asian Community in the Bronx

Since 1995, CAAAV Organizing Asian Communities has been organizing the Southeast Asian community in the Bronx to fight against systemic injustice. As the only pan-Asian organization in New York City focused on organizing, CAAAV has been successful at building multi-generational community leadership that both works on the local level as well as participates in the broader social justice movement. In the Bronx, CAAAV created the Youth Leadership Project (YLP) to train young people in the Southeast Asian community as organizers. CAAAV members have led several successful campaigns and inspired a generation of Southeast Asian organizations across the country, including Khmer Girls in Action, PRYSM, and Freedom, Inc. Over the years, as vital social services for Southeast Asians in the Bronx have been systematically cut, CAAAV began to engage other community leaders and key stakeholders to strategize how to address these issues. In 2009, youth members of CAAAV's Youth Leadership Program (YLP) worked with the Community Development Project of the Urban Justice Center to create a survey that would be used to identify community needs and priorities. CAAAV members then spent several months in 2010 conducting those surveys. This report is the result of that survey project. 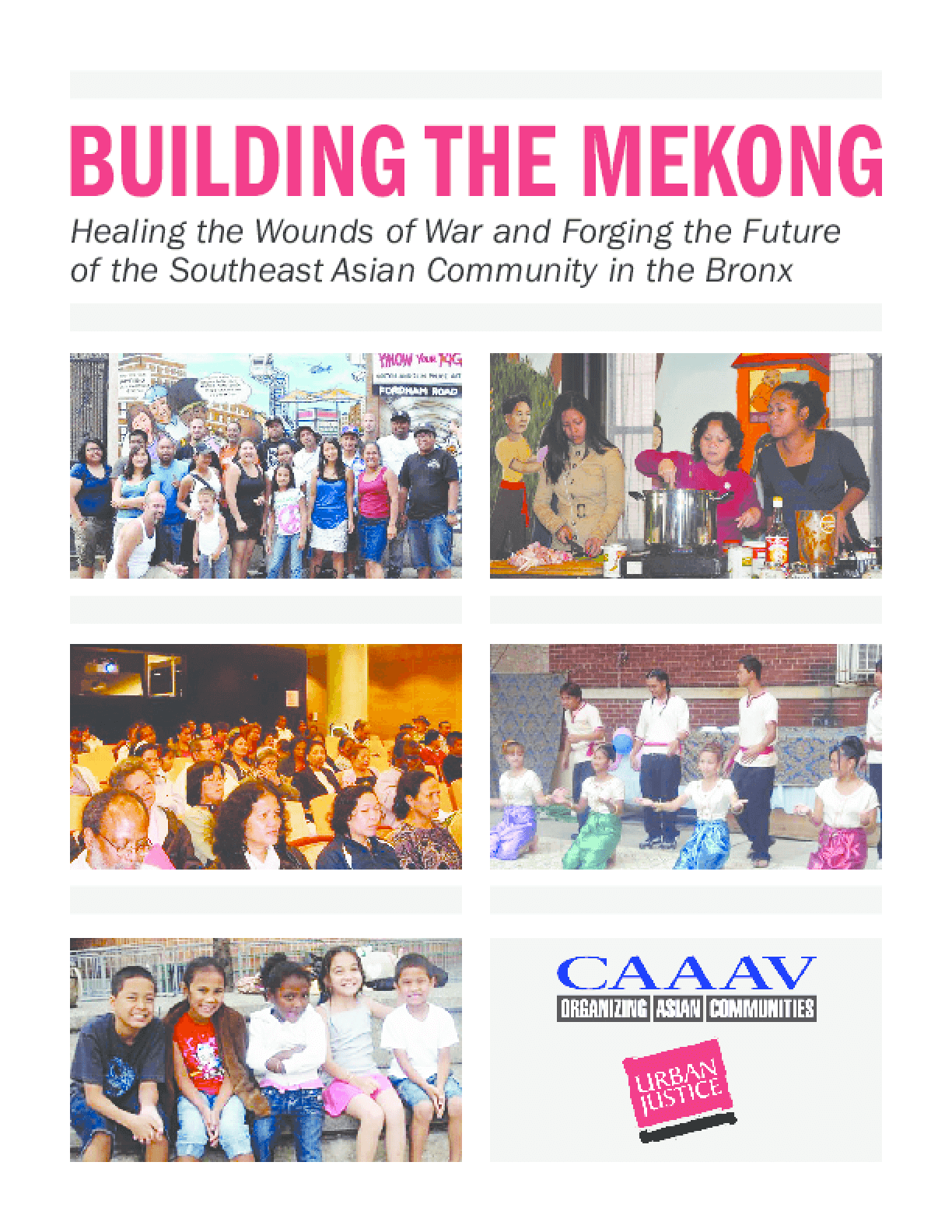