Buying Sex: A Survey of Men in Chicago

On April 23, 2004 staff of the CCH and 42 volunteers conducted one-on-one interviews with 159 men in nine popular Chicago bars, on the streets of high volume 'bar-areas' in scattered neighborhoods throughout the city, and at Chicago's Union Station. The Prostitution Alternatives Round Table (PART), a project of the CCH decided to make contact with some men who may pay for sexual services in Chicago to determine their characteristics, the frequency with which they paid for sex acts, their interactions with law enforcement, their knowledge of the plight of women and girls involved, and their attitudes about the sex trade industry. Why interview customers? Strategies to combat both legal and illegal aspects of the sex trade seldom focus on the demand that fuels this industry. Research in Chicago indicates that many women and girls in the sex trade experience homelessness and are victims of violence, abuse and exploitation, and that some male customers are violent and exploitative. Yet, there is little research on the customers of women in the sex trade industry. Only two researchers, Martin Monto and John Lowman, have done research with men in North America who buy sex. The reasons are obvious: It is difficult to determine and construct a representative sample of sex trade customers due to the clandestine nature of the industry. It is also likely that many male customers will be reluctant to admit that they pay for sex for a variety of reasons, including the fact that it is against the law. 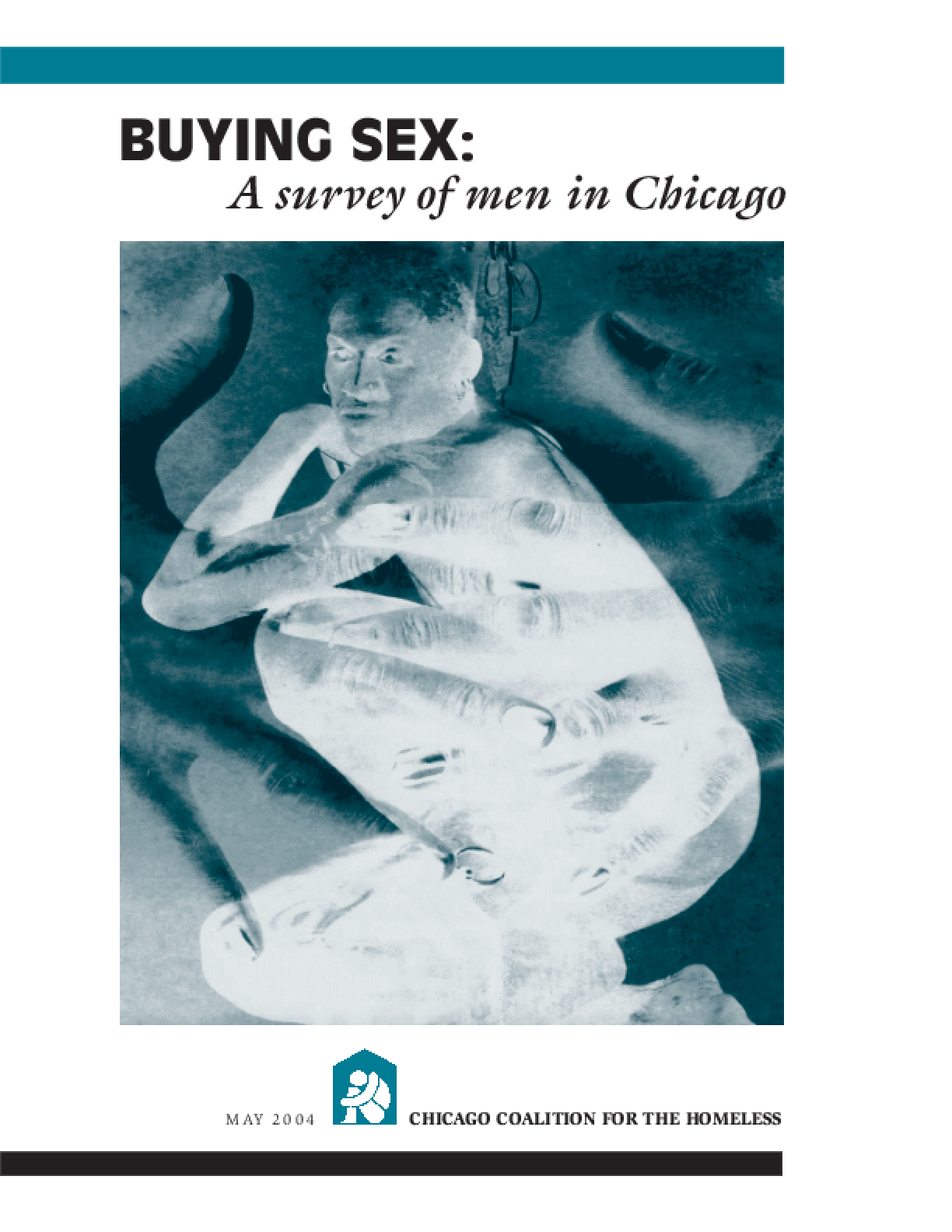