New Hampshire's ocean coastline, though small relative to that of other states, is a place where people have lived, worked, and died for thousands of years. It is home to numerous important cultural heritage sites, and its identity is tied in tangible and intangible ways to centuries of marine-based ways of life. Tourism to the region's remnant historic heritage sites and cultural landscapes is a key factor in coastal New Hampshire's strong demographic, social, and economic growth. Rockingham and Strafford, the state's two coastal counties, accounted for $104.7 million, or well over a third (37.5 percent), of the state's meal and room tax revenue in fiscal year 2014. 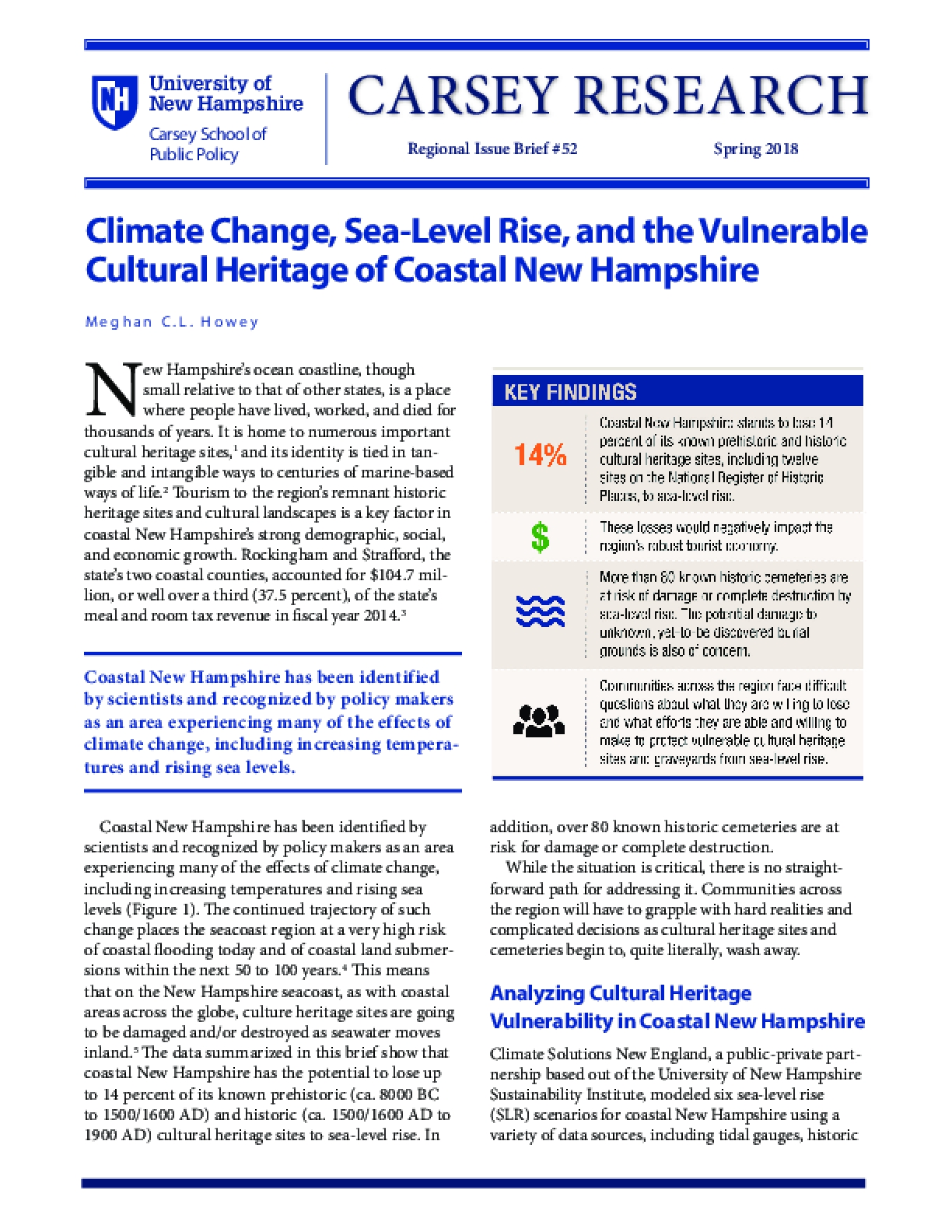