Fiscal Impact of EU Migrants in Austria, Germany, the Netherlands and the UK

This study was undertaken to estimate some aspects of the net fiscal impact of EU migrants in four EU countries Austria, Germany, the Netherlands and the United Kingdom. The report outlines the role of Fiscal Impact of EU Migrants in Selected Countries migrants from EU countries as participants in the labour market, as taxpayers and as benefit recipients also. The fiscal contribution of EU foreigners has increased substantially in the past several years. Compared to 2009, inn 2013 EU migrants paid 31% more in direct taxes as their wages increased and more EU workers found employment opportunities in Austria, Germany, the Netherlands, and the UK. As migration accelerated, EU foreigners also paid 44% more on indirect taxes, as they spent more onconsumer purchases. EU foreigners in Austria, Germany, the Netherlands and the UK received 35% more benefits than they did in 2009, due to the overall expansion of the welfare state in addition to the inflow of EU migrants. 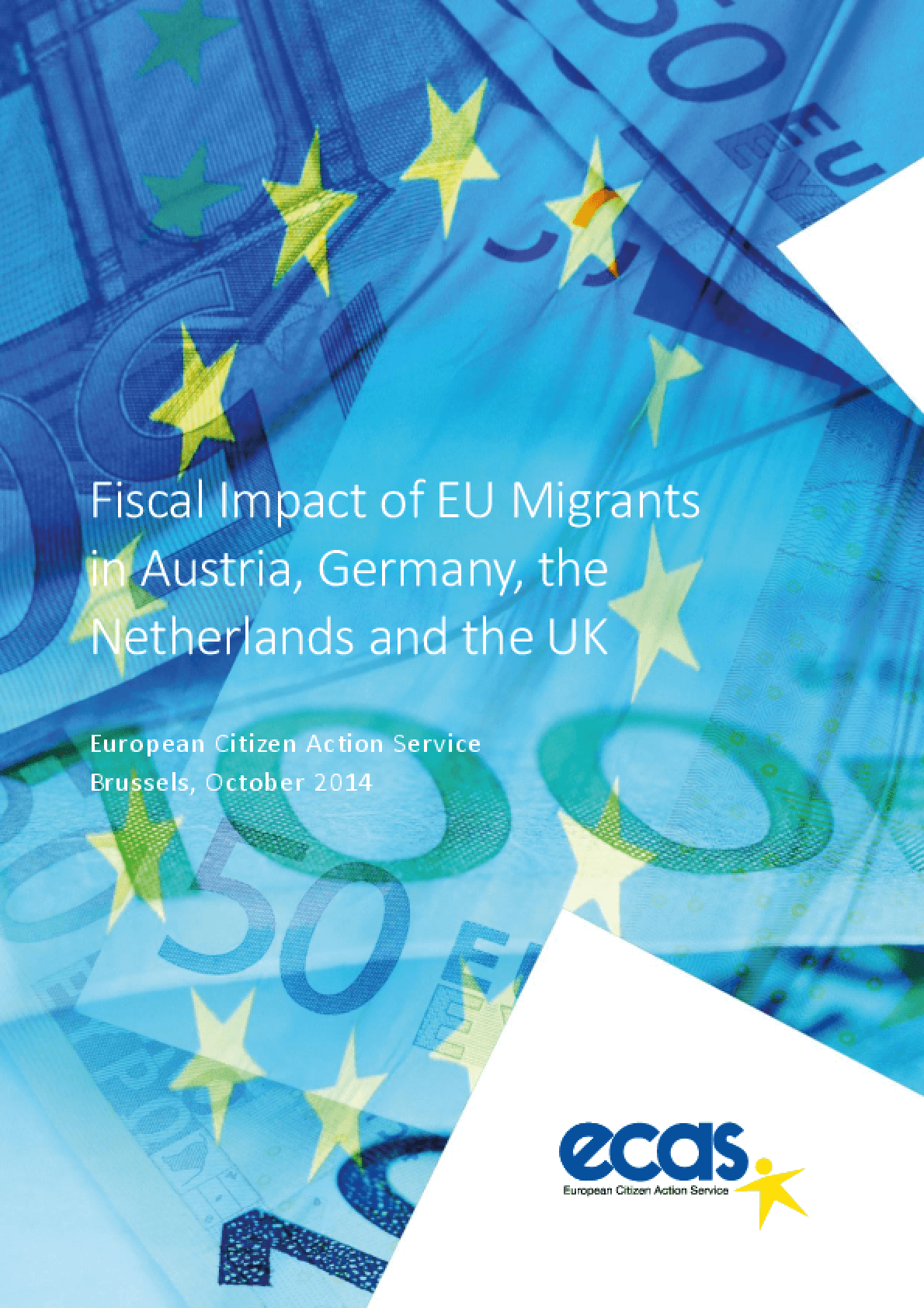