Free Expression on Campus: A Survey of U.S. College Students and U.S. Adults

U.S. college students are highly confident that First Amendment rights are secure, yet a slight majority say the climate on campus prevents some people from saying what they believe because others might find it offensive, a Gallup survey has found. The survey, sponsored by the John S. and James L. Knight Foundation and the Newseum Institute, revealed differences in the attitudes of students and the U.S. population as a whole toward First Amendment rights, as well as differences among male, female, white and minority students about whether it was ever appropriate to restrict free speech. This study sought to better understand how U.S. college students interpret their First Amendment rights, and their views of how to balance those rights against other considerations. 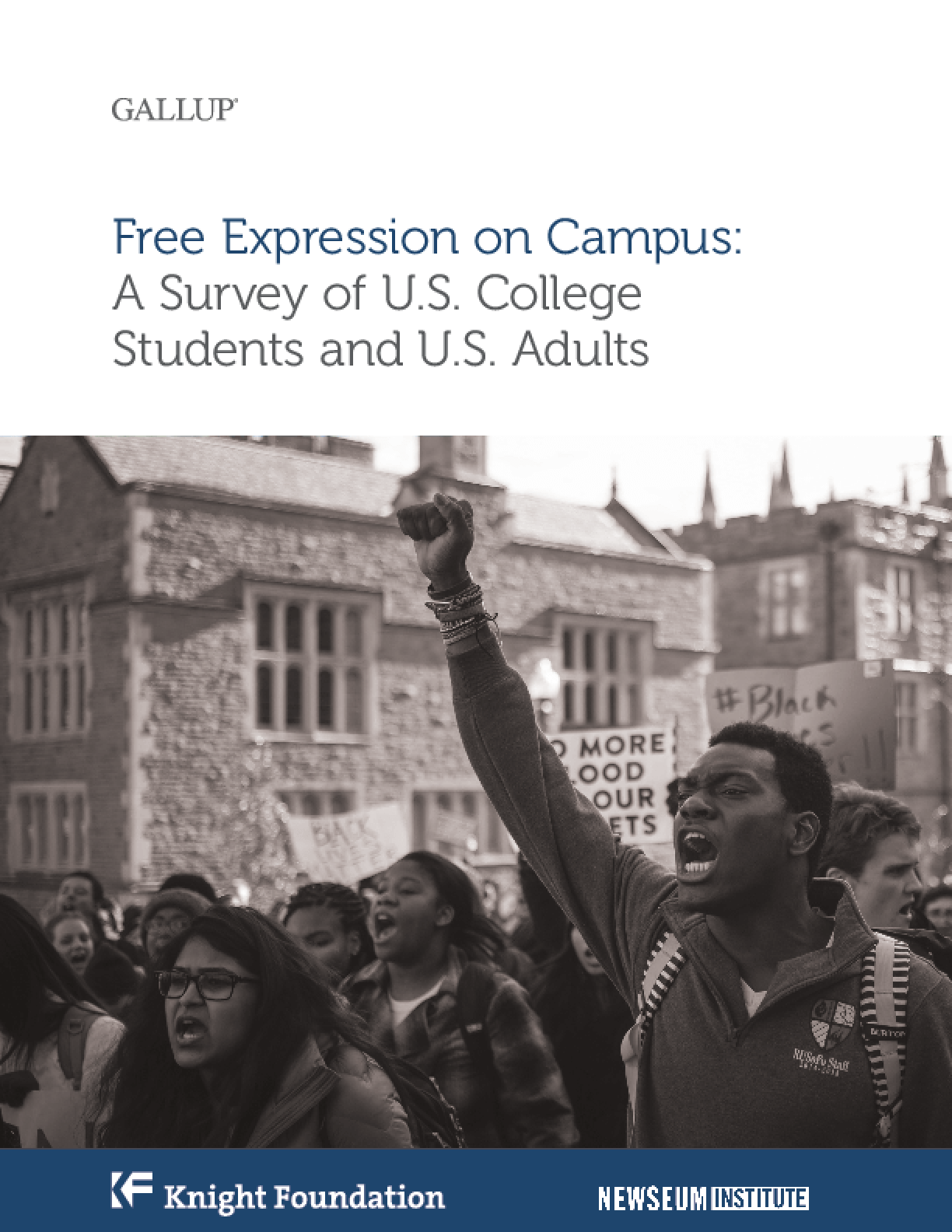