First Amendment freedoms continue to be tested on U.S. college campuses as higher education institutions strive to achieve goals that can occasionally come into conflict. These include encouraging the open discussion of ideas and exposing students to people of different backgrounds and viewpoints while making all students feel included and respected on campus. In 2016, Gallup, the John S. and James L. Knight Foundation and the Newseum Institute conducted a landmark, nationally representative study of college students. The survey found that students believed First Amendment freedoms were secure, and they generally preferred that campuses be open environments that encourage a wide range of expression. However, students supported restrictions on certain types of speech, such as hate speech, and many were sympathetic to students' attempts to deny the press access to campus protests, such as those that occurred over race-related issues in the 2015-16 school year. 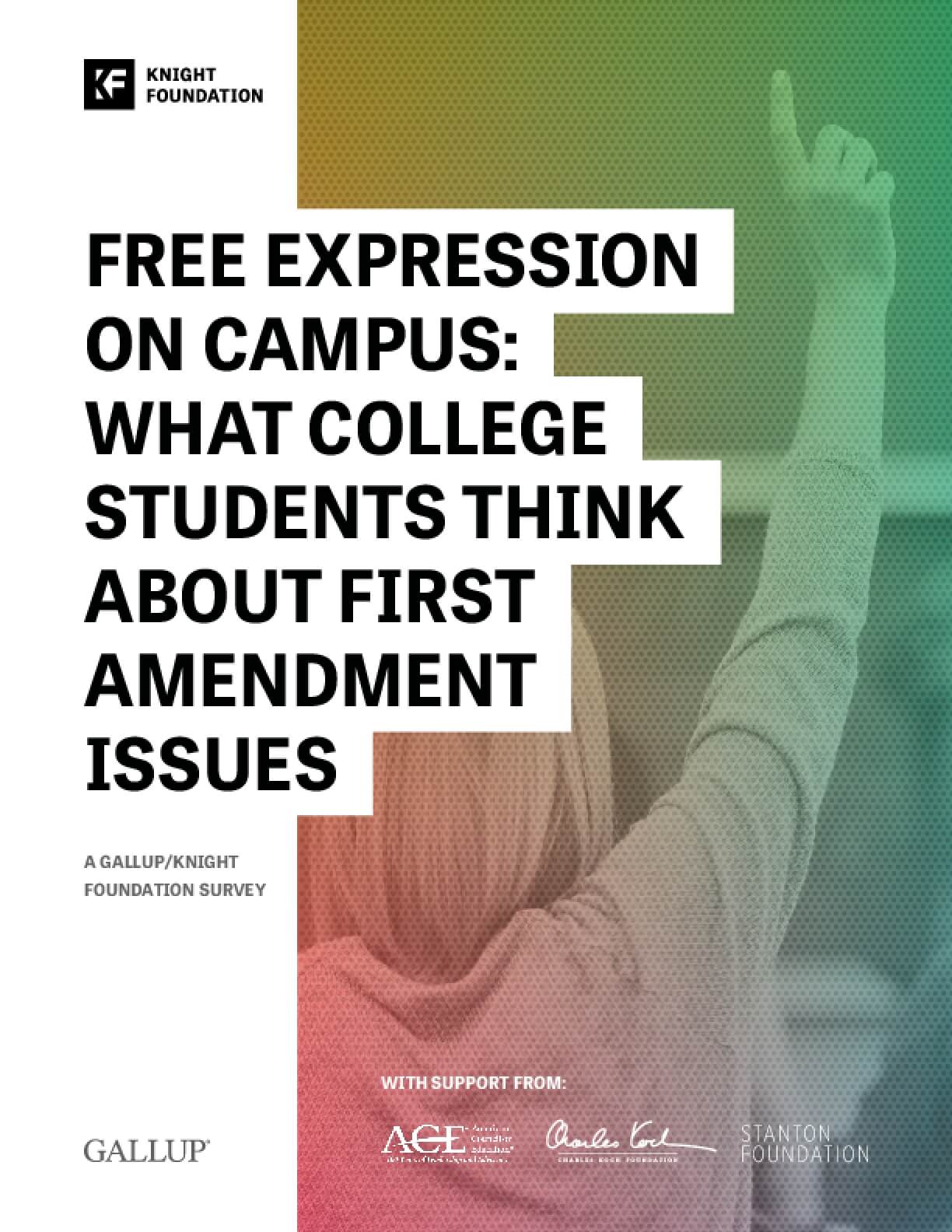