In March 1998 the Center for Impact Research (formerly Taylor Institute), along with Women Employed Institute, published a research report, (A Second Chance: Improving Chicago's GED Performance), detailing the low number of Chicagoans each year who either try for or pass the GED examination. GED, which stands for Tests of General Educational Development, is a 7.5 hour- test that enables adults who have not succeeded the first time around in school to obtain a high school equivalency certificate. The GED was developed in 1942 as a response to an emergency -- the return of World War II veterans who had not earned a high school diploma before they left to serve their country, and who faced economic hardship as a result. The report found that only 2.15% of those needing the GED took the test in Chicago in 1996. Chicago's percentage equals the national average, although higher percentages tried for the credential in three cities -- Philadelphia, Los Angeles, and Miami. However, only 64% of those who took the GED test passed in Illinois in 1996, ranking the state 42nd worst. Chicago's 46% pass rate considerably lagged behind the state rate and puts Chicago near the bottom when compared with ten major U. S. cities. In focus group discussions, Chicago adult literacy and job training groups were asked why more adults don't take and pass the GED in Chicago. The groups consistently sited four factors: length and inflexibility of most GED prep classes in Cook County; lack of up-front diagnostic information to help adults decide whether they are ready to take the test; long waits to take the GED test; and low number of accessible GED testing sites in Chicago, with no downtown Chicago site. A January 13, 1998 telephone call to the Cook County automated GED information system revealed that the next open test date at any of the Cook County GED test locations was more than a month away. Of these sites, only three were in the city itself. These were Daley College (75th and Pulaski), Olive-Harvey College (103rd and Woodlawn), and Wright College (Montrose and Narragansett), all sites in far-flung locations difficult to reach for many test-takers. At the closest site, Daley College, the wait was almost four months long. 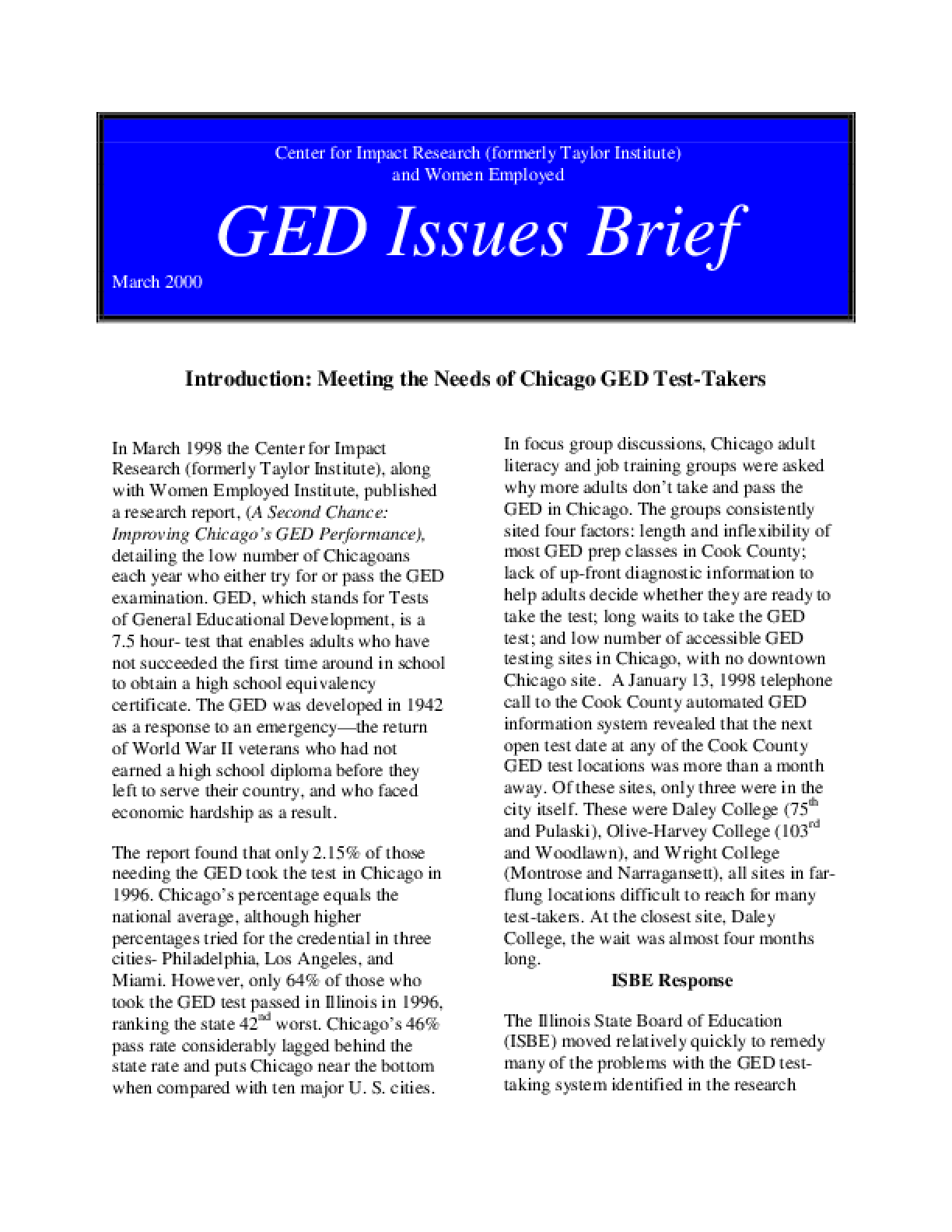