This report is part of a series of 21 state and regional studies examining the rollout of the ACA. The national network -- with 36 states and 61 researchers -- is led by the Rockefeller Institute of Government, the public policy research arm of the State University of New York, the Brookings Institution, and the Fels Institute of Government at the University of Pennsylvania. According to the report, much of the reduction in Georgia's uninsured population can be attributed to the extensive education and outreach efforts that were carried out by a variety of nonprofit and community-based organizations. Many media organizations also played a role through various public information activities and their extensive coverage of the eligibility requirements, the process for signing up for coverage through the federal health insurance marketplace, and opportunities for obtaining consumer assistance with the enrollment process. Unlike many other states that embraced a more positive response to health reform, Georgia's state government did not engage in any formal education, public information, or outreach activities to assist eligible low-income households in connecting to the most appropriate health insurance plan for their needs and circumstances through the marketplace. The report concludes that while notable gains were made in extending health care coverage to the uninsured during the first two enrollment periods, given the size of Georgia's "coverage gap," further reductions in the state's uninsured population will likely depend on state officials crafting an alternative to Medicaid expansion acceptable to the state's political leadership. 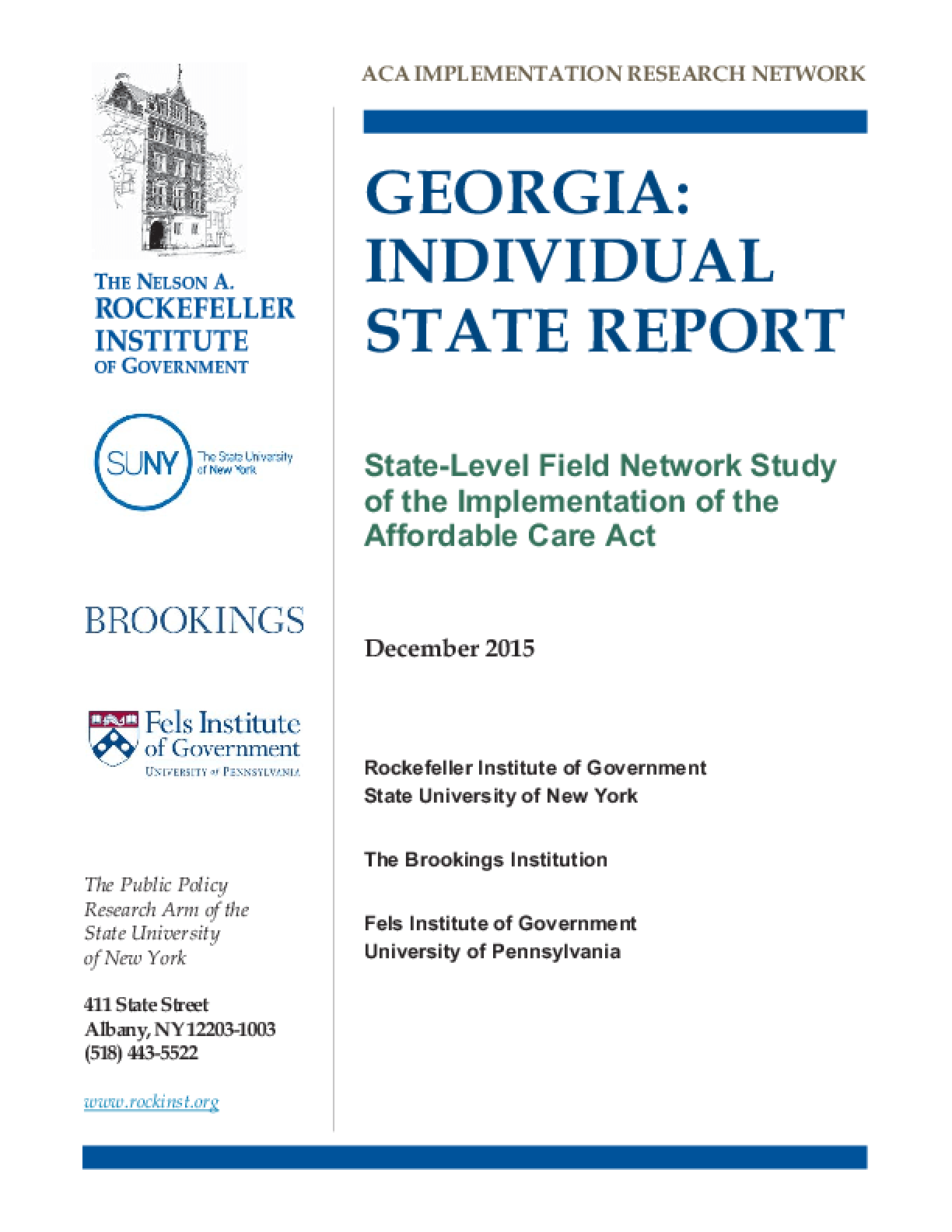