Giving a Sense of Place: Philanthropy and the Future of UK Civic Identity

The Charities Aid Foundation argues that philanthropy should be a central part of the discussion about the future of cities in the UK and makes specific recommendations to usher in a new golden age of civic giving. It recommends actions to be taken by central and local government, locally elected mayors, the public sector, philanthropists and charities. These include:

-The development of a clear narrative about civic philanthropy

-The establishment of Local Philanthropy Partnerships

-The publication of a philanthropy strategy by regionally elected mayors and

-The stimulation of a wider culture of giving in cities. 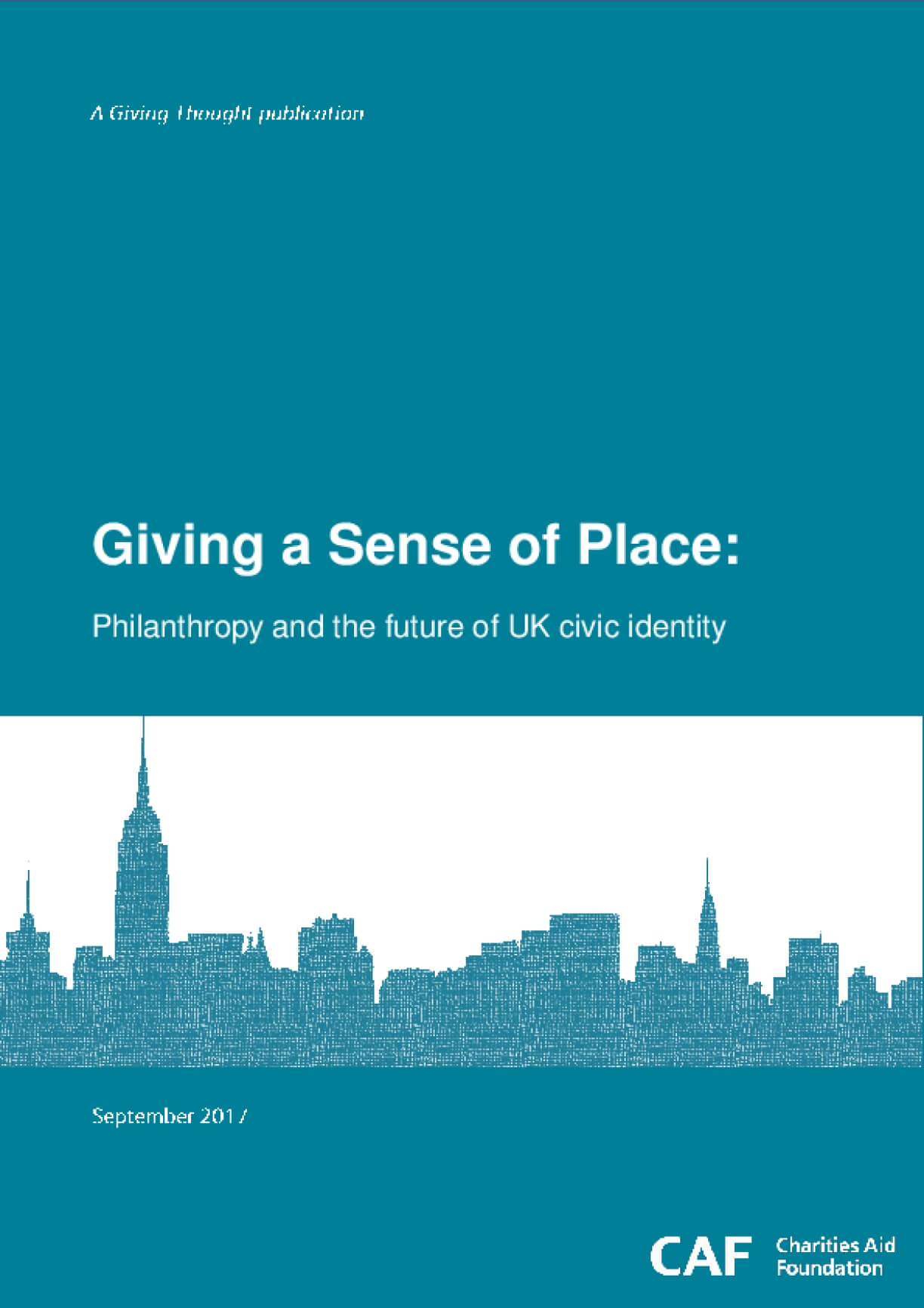