"How am I doing?" the late New York City Mayor Ed Koch used to ask almost everyone he met. And while the mayor was probably looking more for praise than for critical analysis to improve his performance, the nation's largest nonprofits could borrow a page from the mayor's playbook and ask "how am I doing?" about their own performance -- especially when it comes to fundraising. While it's common for large nonprofit networks -- such as the YMCA or The Salvation Army -- to compare costs and revenues across sites, few have attempted to ask which sites are doing the best job of maximizing fundraising potential -- what we call fundraising effectiveness. In other words, is Site A not only raising more money than Site B, but is Site A actually capturing more of the available donor dollars in its community than Site B? That kind of comparative analysis can be used to help networks and individual sites learn and adapt best fundraising practices from top performers. But achieving fundraising effectiveness via comparative analysis will require a shift in thinking. Nonprofits in recent years have spent a lot of time figuring out how to spend limited resources more wisely in an effort to ensure that their programs work -- aiming for cost effectiveness. In contrast, comparing sites within a network for potential and effectiveness is somewhat novel. Yet, figuring out how to deliver more dollars per a given demography is just as critical to growing impact as figuring out how to deliver programs that create the most bang for the buck (see "More Bang for the Buck," Stanford Social Innovation Review, Spring 2008). Given the enormous reach of nonprofit networks, strengthening fundraising effectiveness would bolster resources that affect the lives of hundreds of thousands. Among the 30 largest US nonprofits listed by The Nonprofit Times, 23 are sprawling networks. The top 10 collectively have over 25,000 local sites in communities across all 50 states. And there are hundreds of smaller nonprofit networks operating at the state and regional levels. With their scale and scope, these networks have tremendous ability to address major social issues, such as educational achievement or public health. Fundraising is the fuel that advances these goals. 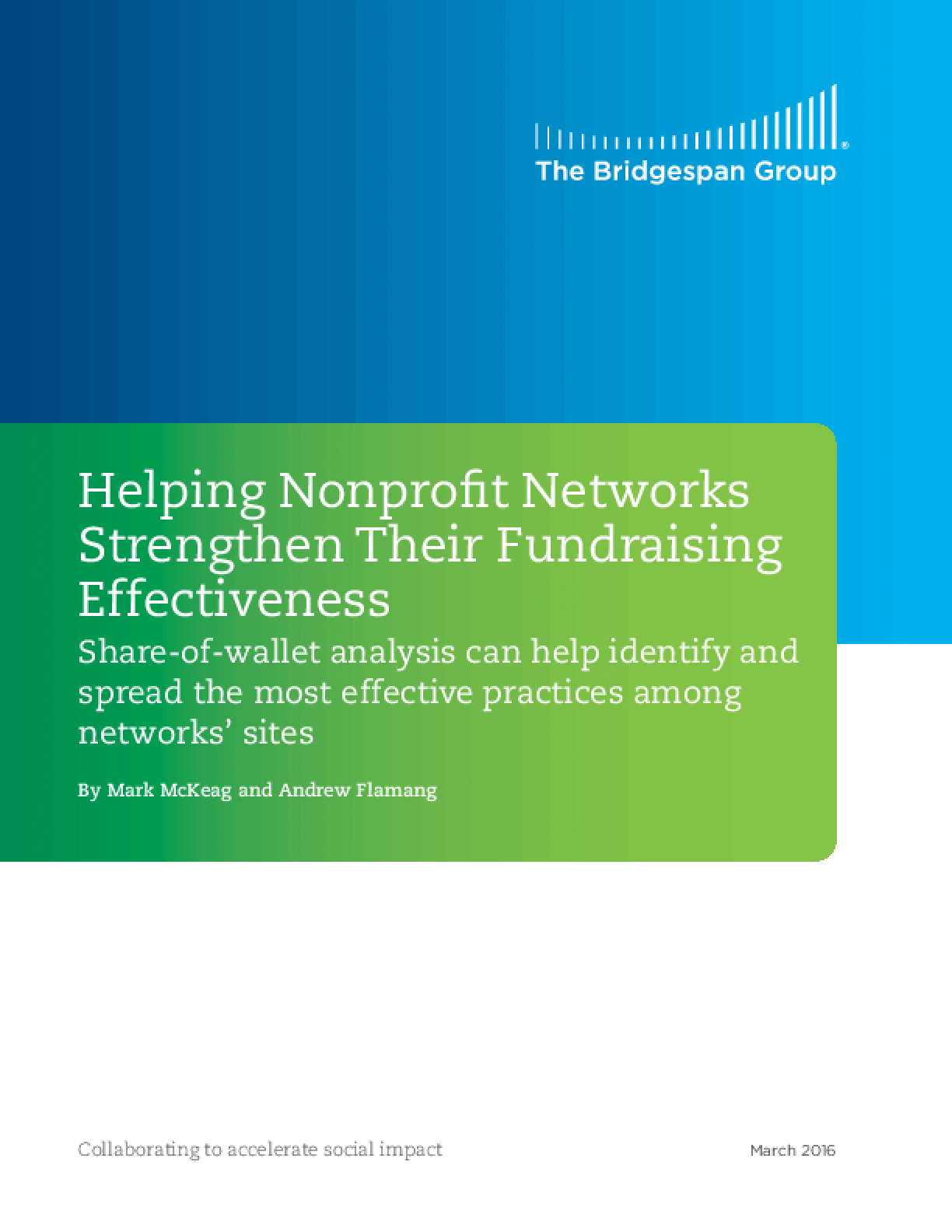