Human Trafficking in Iraq: Patterns and Practices in Forced Labor and Sexual Exploitation

Human trafficking in the form of forced prostitution and labor has long existed in Iraq, as has forced marriage and domestic servitude within the family, tribe and community. Since the 2003 invasion and subsequent civil war, Iraq has increasingly been a source of trafficking victims who are transported to neighboring countries, as well as a destination for foreign workers who are at risk of trafficking and come to Iraq from the Philippines, Nepal, Bangladesh and other countries where poverty is widespread. Furthermore, internal conflict and breakdown in law and order has resulted in a rise in kidnapping and trafficking from one location to another within Iraq. The Iraqi Constitution prohibits forced labor, kidnapping, slavery, slave trade, trafficking in women or children, and the sex trade, and the Government of Iraq ratified the Convention on the Elimination of All Forms of Discrimination Against Women ("CEDAW"). However Iraqi government officials have overwhelmingly failed to act to prevent abuses and to punish offenders. Iraq has not passed anti-trafficking legislation, allowing traffickers to continue to operate with impunity. Research and preliminary investigations leading to the production of this report indicate that Iraqi women and girls are being subjected to the following types of trafficking: 1) exploitation of prostitution or other forms of sexual exploitation; 2) forced labor or services; 3) slavery or practices similar to slavery; and 4) servitude. There are also credible reports of trafficking-related practices such as forced participation in criminal activity. Because of the nature of trafficking, quantitative measurement is inexact even in developed nations with functioning judicial and law enforcement sectors. In Iraq, measuring the scope of trafficking is far more difficult. However, there is ample evidence of established patterns and practices of trafficking, leading to a strong likelihood that hundreds of women have been trafficked over the last five years in the Kurdistan region, and thousands elsewhere in Iraq and in neighboring regions. In accordance with the Iraqi Constitution as well as international treaty obligations, Iraq must develop an effective national and regional counter-trafficking strategy. A comprehensive approach to combating trafficking must include prevention strategies, protection of trafficking victims, and prosecution of traffickers. This is a difficult time for Iraqis as they struggle with ongoing violence and war, as well as ongoing political restructuring in which many issues have yet to be determined. However it is also an opportune time to address trafficking and other serious human rights violations, as Iraq's national and regional governments work to strengthen the rule of law. Addressing problems of trafficking and other forms of gender-motivated violence is integral to this process of reform. 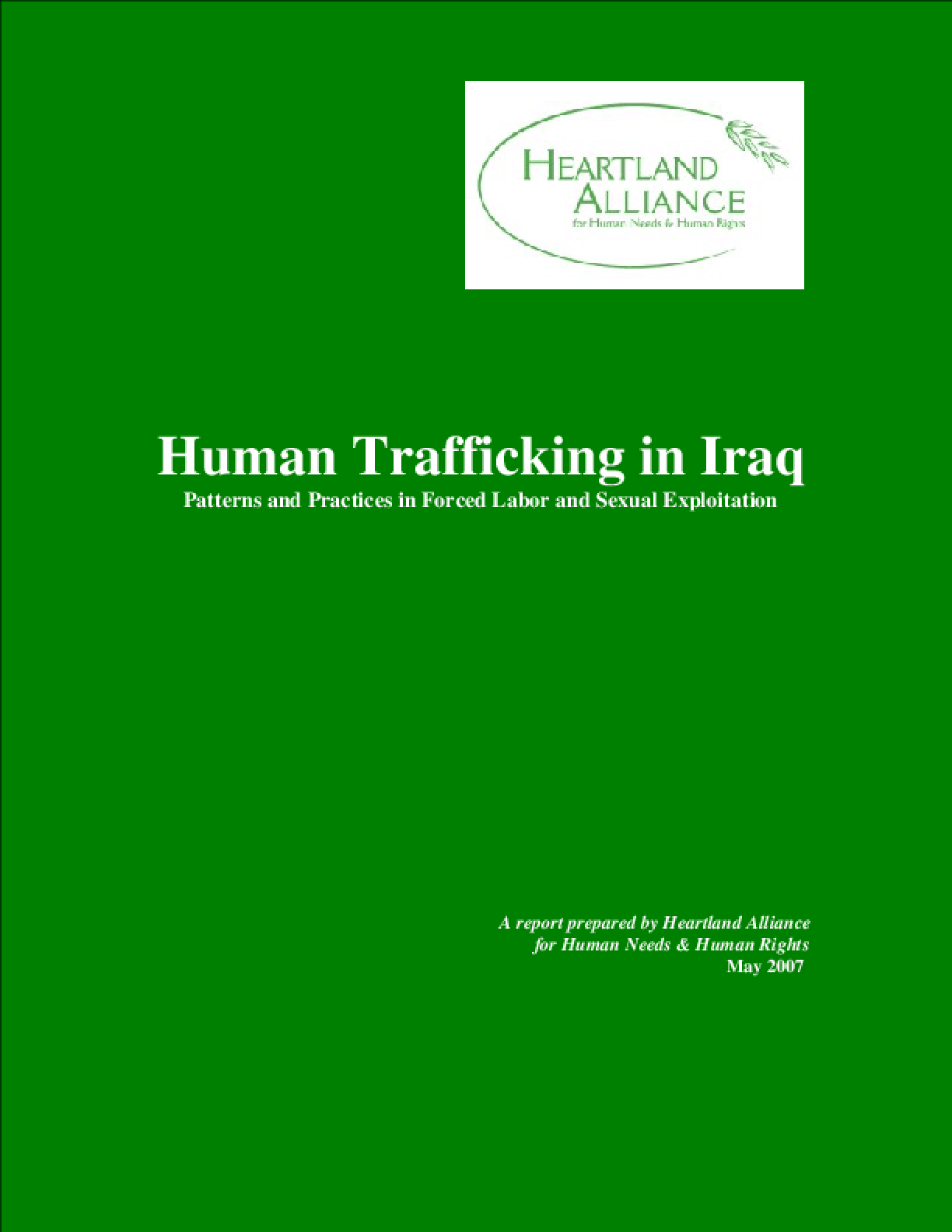