Hungry at the Banquet: Food Insecurity in Louisiana 2018

Despite being a foodie destination, Louisiana suffers from a food gap, which is the failure of the market economy to serve the basic human needs of those who are the most impoverished.Louisiana has the second highest rate of food insecurity in the nation and it is rising faster than in the rest of the country.Forty-six of the sixty-four parishes in Louisiana have food insecurity rates of 15 percent or higher, and some as high as 34.4 percent.

1 in 4 Louisiana families rely on SNAP to meet their monthly food needs, twothirds of whom are children. Poverty rates were consistent and consistently high in Louisiana between 2013 and 2017, despite the fact that WIC usage declined significantly during this time period, and SNAP usage declined until 2016, when there was a 42 percent increase, possibly due to its link to state Medicaid expansion implemented in 2016.Louisiana is replete with food deserts, which are defined by the USDA as places with a dearth of healthy and affordable food options, such as fullservice grocery stores and/or farmers markets within a convenient travel distance (one mile for urban areas and ten miles in rural areas). 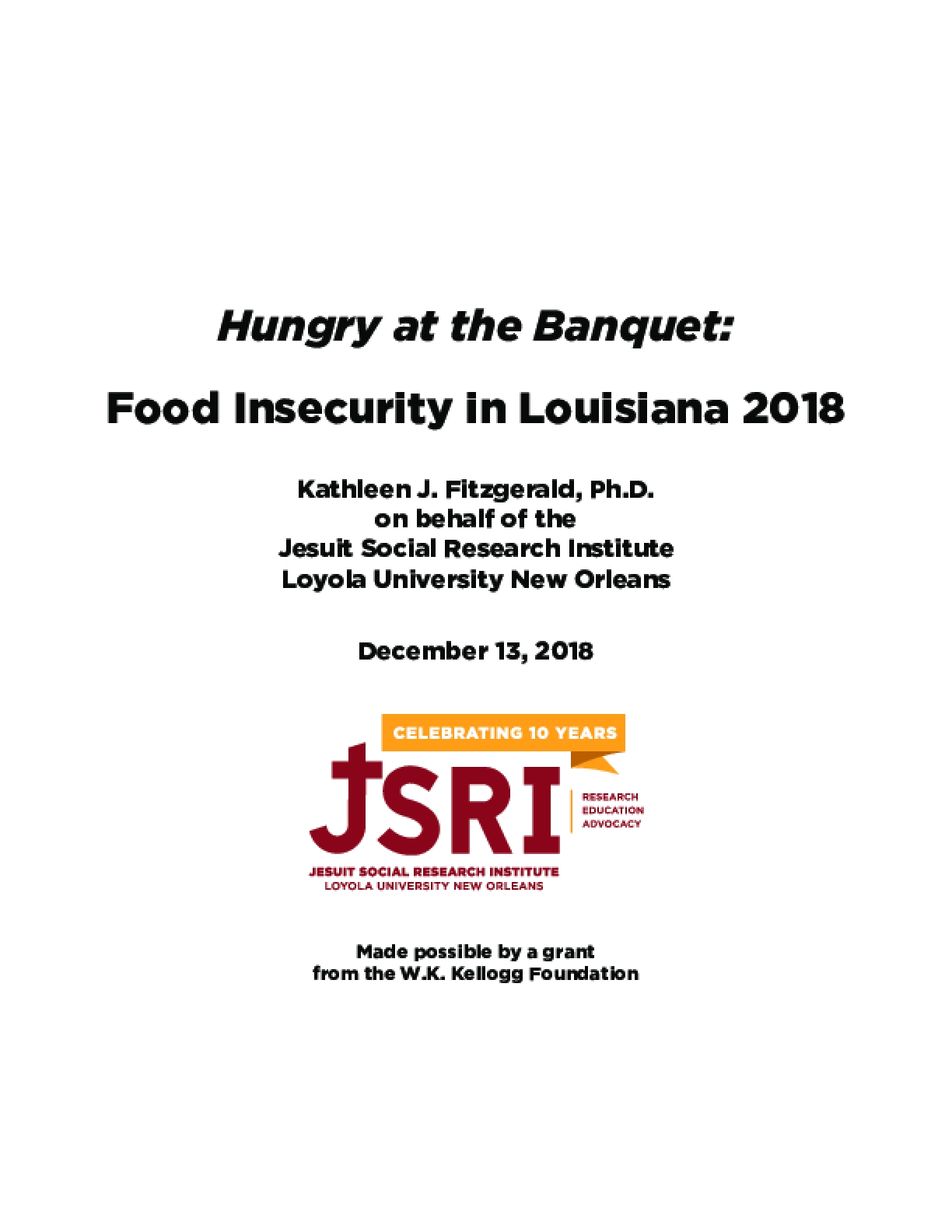