Idaho: Round 1 - State-Level Field Network Study of the Implementation of the Affordable Care Act

This report is part of a series of 21 state and regional studies examining the rollout of the ACA. The national network -- with 36 states and 61 researchers -- is led by the Rockefeller Institute of Government, the public policy research arm of the State University of New York, the Brookings Institution, and the Fels Institute of Government at the University of Pennsylvania. Idaho is by some accounts one of the most conservative states in the country, yet it is the only state led by a Republican governor and a Republican legislature that chose to create a health insurance exchange as part of the Affordable Care Act's (ACA) implementation. The state has decided not to expand Medicaid for the time being, though they may revisit this decision in the future. 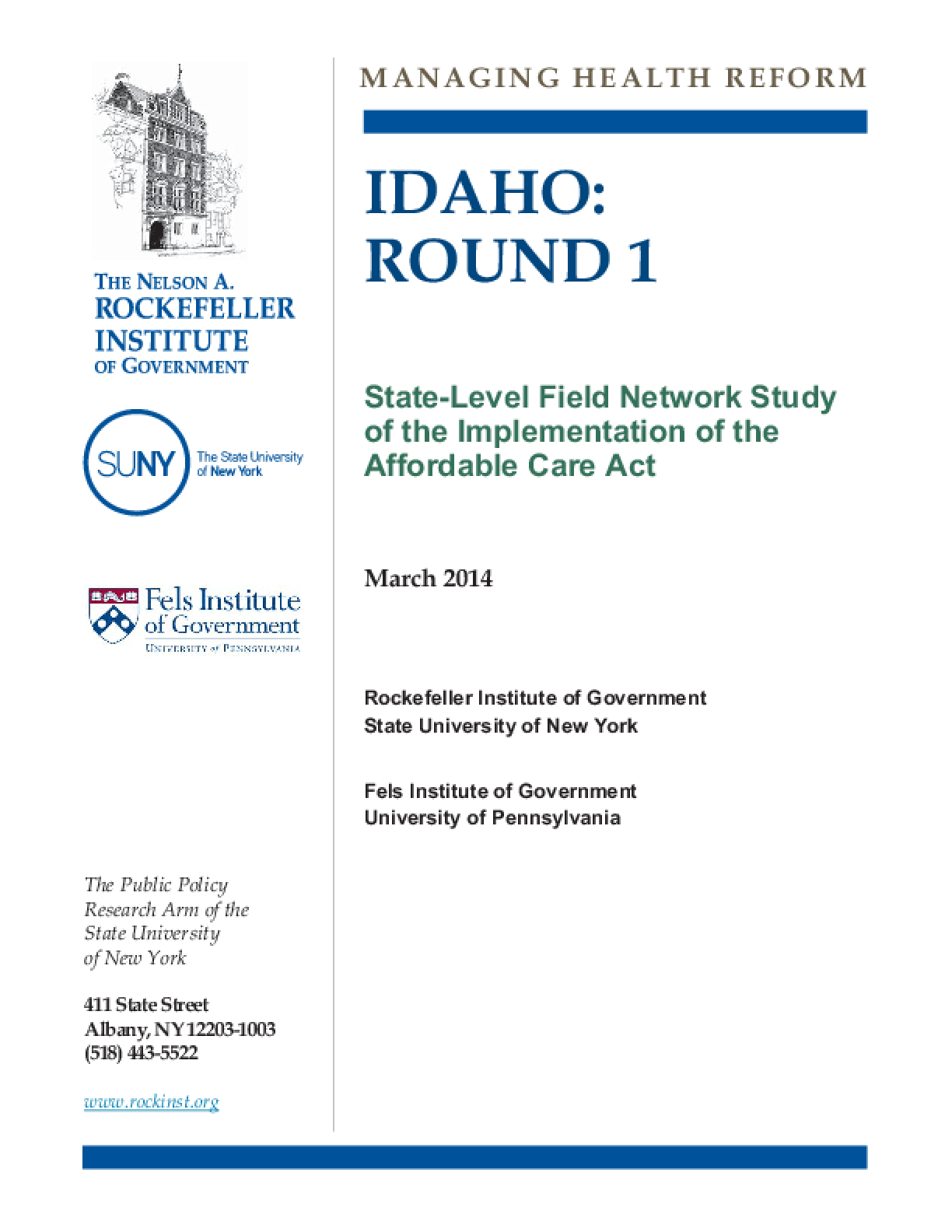