Impact of COVID-19 on the BAME community and voluntary sector: Final report of the research conducted between 19 March and 4 April 2020

This report provides the results of two waves of surveys, which were conducted between 19 – 23 March (Wave 1) and between 27 March and 4 April (Wave 2). From these two phases, we received 182 responses from organisations and individuals, which represented 165 different organisations. The surveys focused particularly on the impact of COVID-19 on the Black, Asian and Minority Ethnic (BAME) organisations who deliver services to the Bame communities and covered:

The survey confirmed some areas of general concerns within the charity, community and voluntary sector but also flagged up some areas of concerns that seem to be particular to BAME organisations. 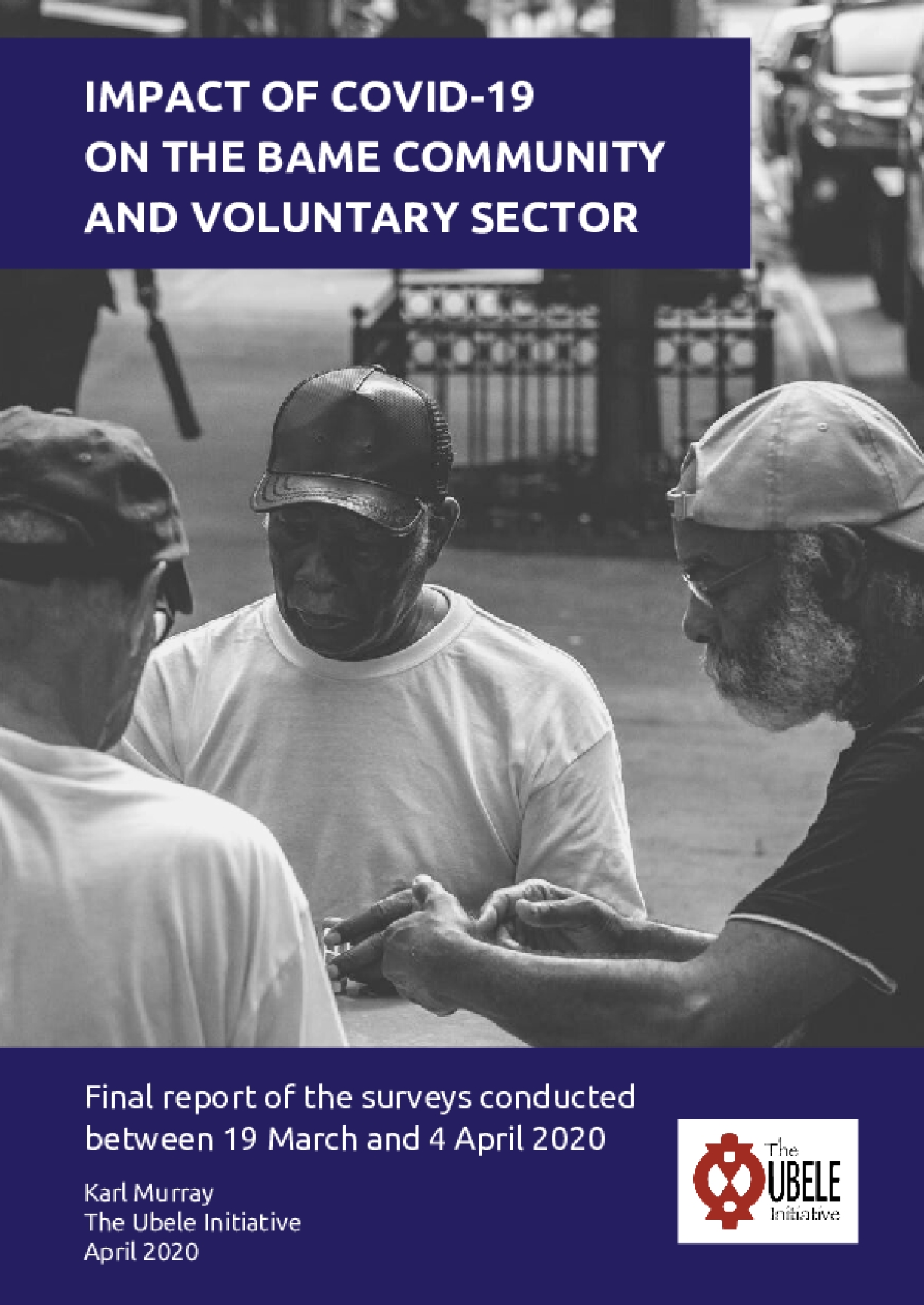