The Joint Learning Network (JLN) is a key innovation and central part of The Rockefeller Foundation'sefforts to promote universal health coverage (UHC) in low- and middle-income countries (LMICs)under its Transforming Health Systems (THS) initiative (2009-2017). Launched in 2010, the JLN is acountry-led, global learning network that connects practitioners around the globe, in order to advanceknowledge and learning about approaches to accelerate country progress toward UHC. The JLNcurrently includes 27 member countries across Africa, Asia, Europe, and Latin America that engagein multilateral workshops, country learning exchanges, and virtual dialogues to share experiences anddevelop tools to support the design and implementation of UHC-oriented reforms.

The core vehicles for shared learning and resource development under the JLN are technical initiatives,which are managed by several technical partners and organized around key levers for reaching UHCobjectives, including i) provider payment mechanisms, ii) information technology, iii) primary health care,iv) population coverage, v) quality improvement, and vi) health financing innovations. To address moretargeted technical needs, the JLN has also established technical collaboratives, which fall within or cutacross technical initiatives, as well as the "Joint Learning Fund" (JLF), a flexible funding pool to addresscountry-specific learning needs. A global Steering Group, comprised of member countries, technicalpartners, and network funders, ensures that the technical initiatives and other joint learning efforts arealigned with country priorities. It also sets the strategic direction of the network, implemented by a NetworkCoordinating Team of technical and coordinating partners. At the country level, country core groups(CCGs), comprised of staff at government agencies, organize and facilitate country participation in the JLN.

The Rockefeller Foundation is a founding funder of the JLN and has actively supported the network'sactivities and goal of becoming a high-impact, country-led, and sustainable learning platform. Under theTHS initiative, the Foundation has provided almost $19 million in grant funding to the JLN, accounting forroughly 70 percent of total donor funding for the network to date. THS grants to JLN partner organizationshave supported the design and launch of the network, ongoing network coordination, management ofthe JLF, and facilitation of three technical initiatives (Provider Payment Mechanisms [PPM], InformationTechnology [IT], and Quality). The Foundation has also engaged in a range of non-grant activities aimedat strengthening the JLN's influence and sustainability. These include coordinating with and buildingsupport for the network from other donors. 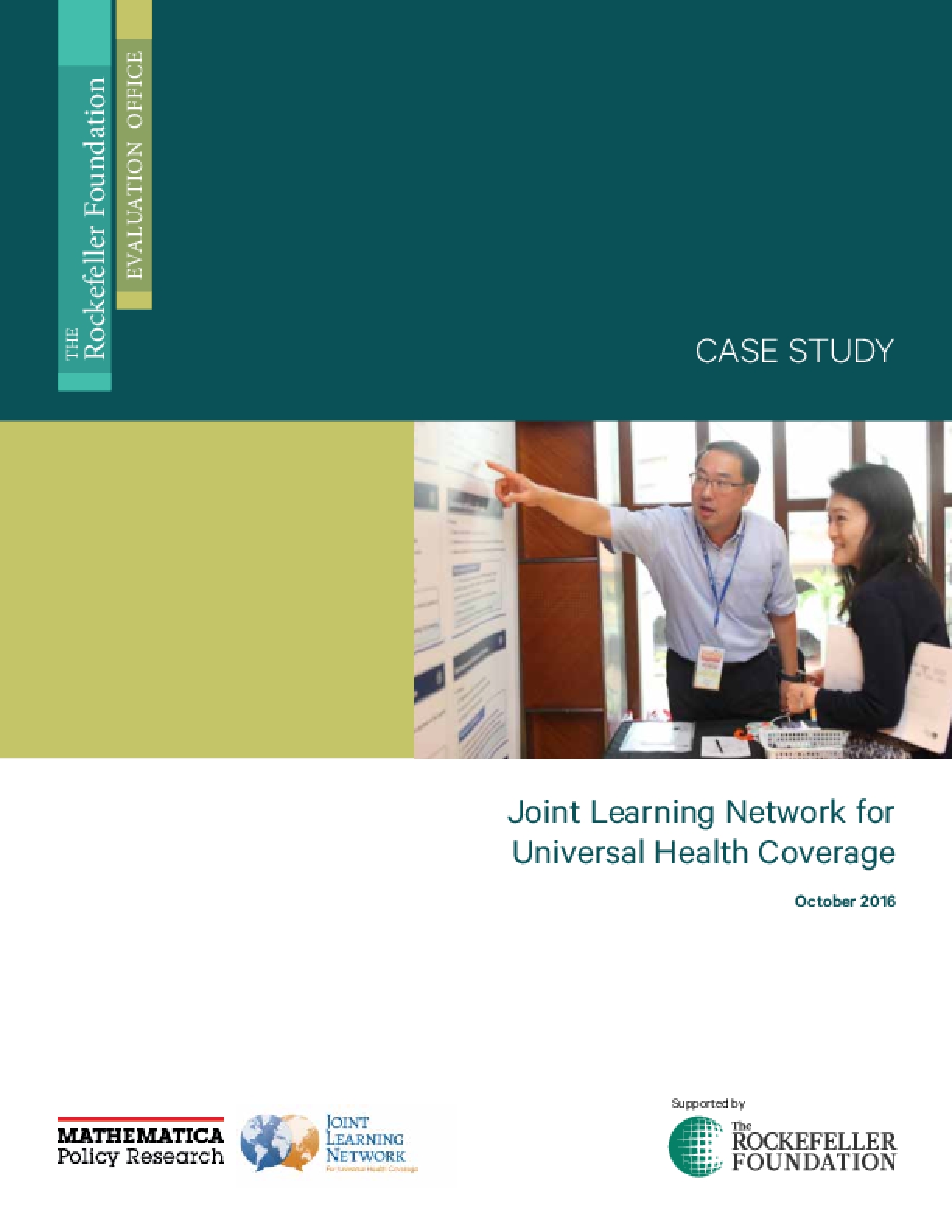