Justice Arts: Making the Arts Accessible to People in the Juvenile and Adult Criminal Justice System - A Feasibility Study for the Creation of a National Network Summary Report June 2016

In June 2015, more than 220 people from 22 states gathered at the University of San Francisco to participate in a four day conference to share stories, best practices and work they were doing in adult and juvenile prisons and correctional facilities throughout the United States and in England. This conference, "Arts in Corrections: Opportunities for Justice and Rehabilitation," was presented by California Lawyers for the Arts and the William James Association with the support of the National Endowment for the Arts, the California Arts Council and the California Department of Corrections and Rehabilitation, as well as the University of San Francisco and several private foundations.

During the conference, a group of approximately 40 persons met in two facilitated sessions to discuss the possibility of creating a national network. A smaller group volunteered to participate in an informal steering committee to investigate the needs and benefits of such an organization. In the fall of 2015 the steering committee designed an electronic survey to receive feedback about this concept from a larger number of practitioners around the country. They received 205 responses, with 94% saying that they would support or join such an organization--a strong mandate to explore next steps to create a national network that will help artists and programs. 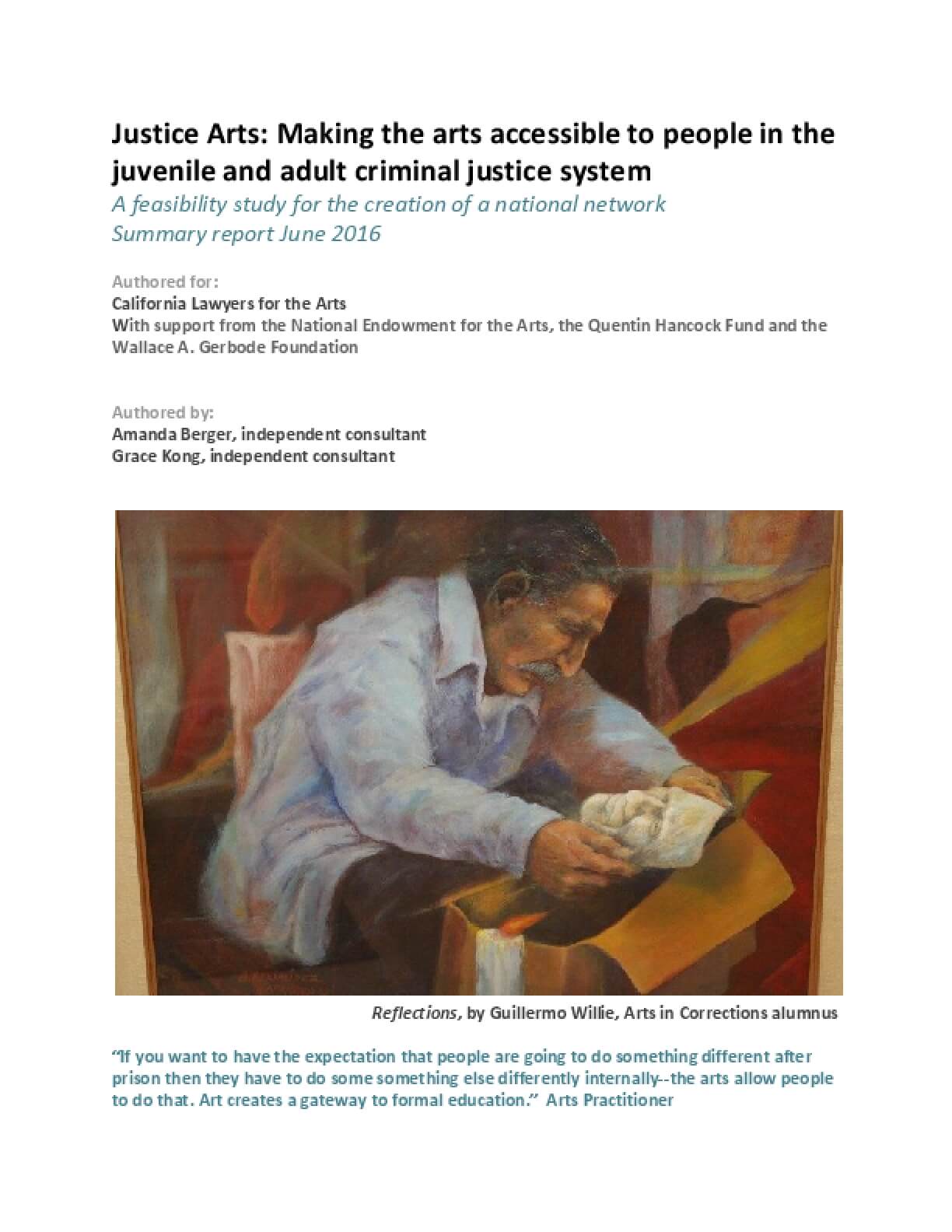