Limiting the National Right to Exclude

This essay argues that the robust right to exclude that nation states currently enjoy will be harder to justify in an era of climate change. Similar to landowners, nation states have virtual monopolies over portions of the earth. However, the right of landowners to control who enters their land is considerably more constrained than the right of nation states to control who enters their territory. Climate change will alter the areas of the earth suitable for human habitation and the broad right of nation states to exclude will be more difficult to justify in this new environment. 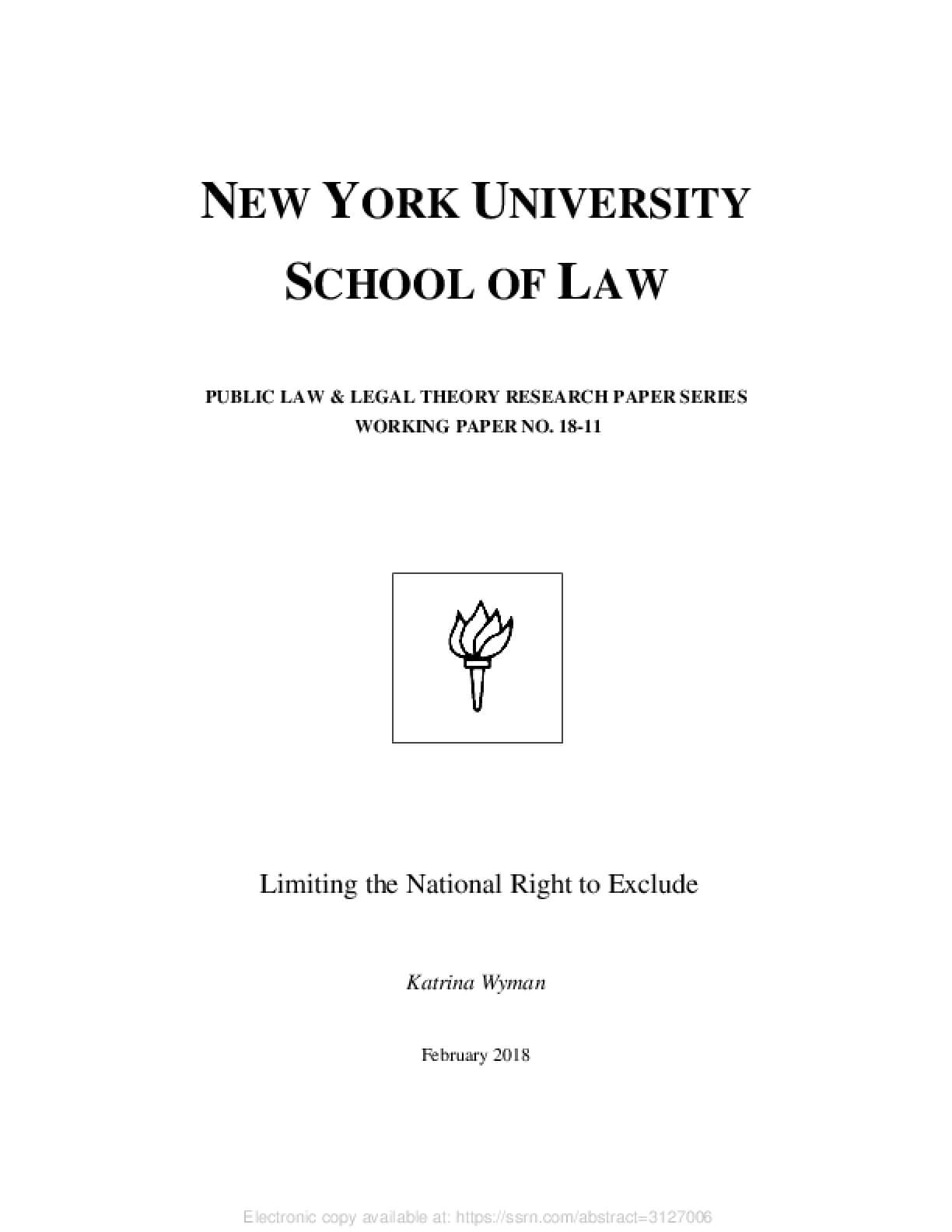