The Mapping Digital Media project examines the global opportunities and risks created by the transition from traditional to digital media. Covering 60 countries, the project examines how these changes affect the core democratic service that any media system should provide: news about political, economic, and social affairs.

Croatia is well ahead of the curve. Experimental broadcasting via digital signals began in 2002 and the last analog television signals were switched off in September 2011. The country has the highest free-to-air digital terrestrial coverage in Europe, exceeding 99 percent of national territory, and it is the main television platform for the majority of the population.

Television remains the dominant medium for both information and entertainment. However, the internet is the most trusted medium for news and information. Radio has experienced a marginal decline in listenership, but print media have been hit hardest by the globaleconomic downturn and audience migration online.

In the final analysis, this report finds that policy has been responsive to digitization and that the process has done much to democratize and pluralize Croatian media. It has not yet, however, neutralized the power of dominant media organizations, or indeed the influence wielded by political elites and advertisers. There is also evidence that in response to digitization, journalism across sectors has become increasingly tabloid and oriented towards soft news, and there are uncertainties as regards the sustainability of public interest media. 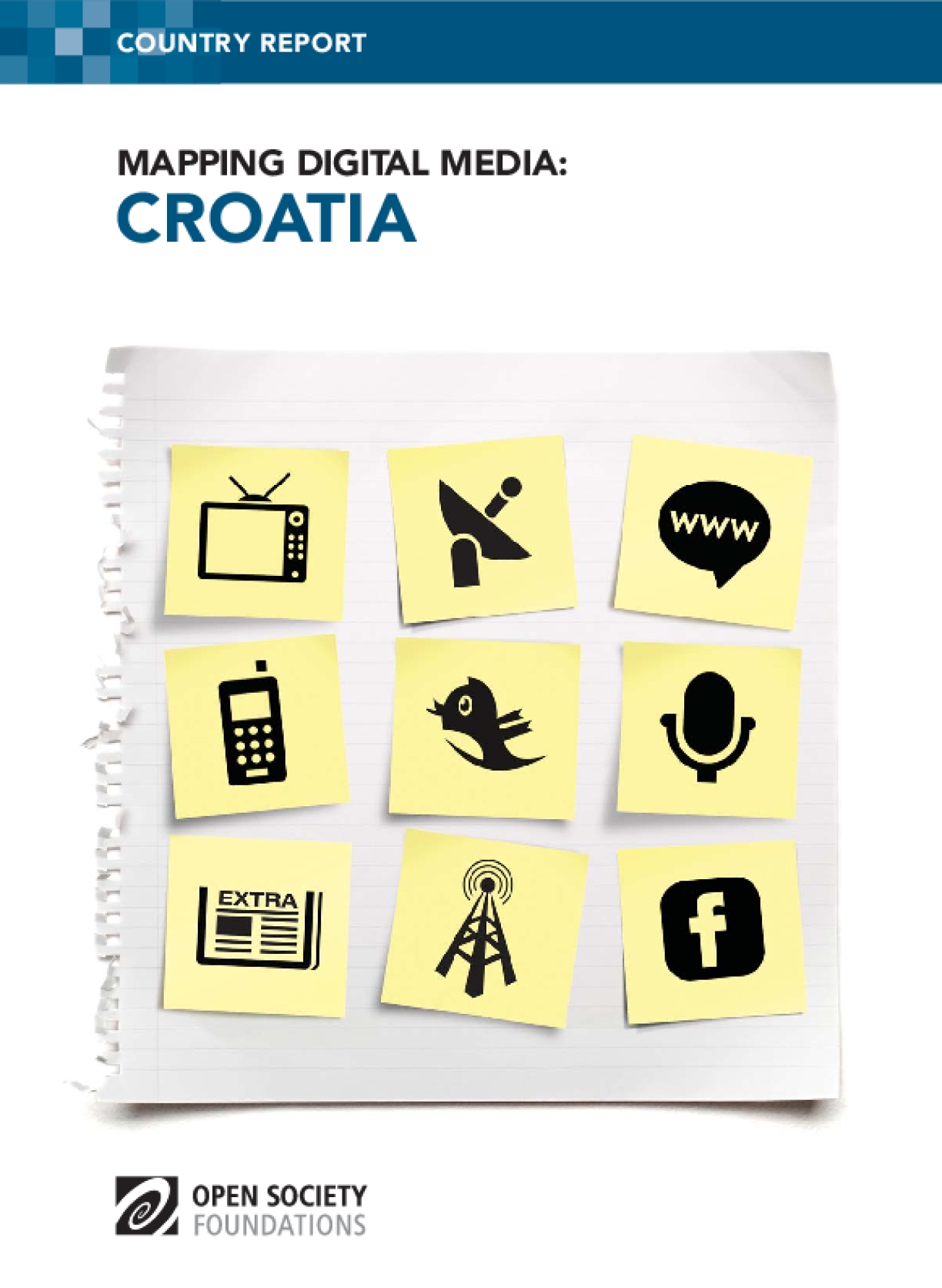