Key findings from this second national human development report for the U.S. reveal new information on three core indicators of well-being and access to opportunity: life expectancy, median personal earnings, and access to education. Broken down into state and congressional district-levels, as well as for race and ethnicities and genders, we found startling disparities within the nation: The full report concludes with a set of recommendations for priority actions required to improve scores on the Index, and to address pressing issues and close the stark gaps that continue to separate groups. 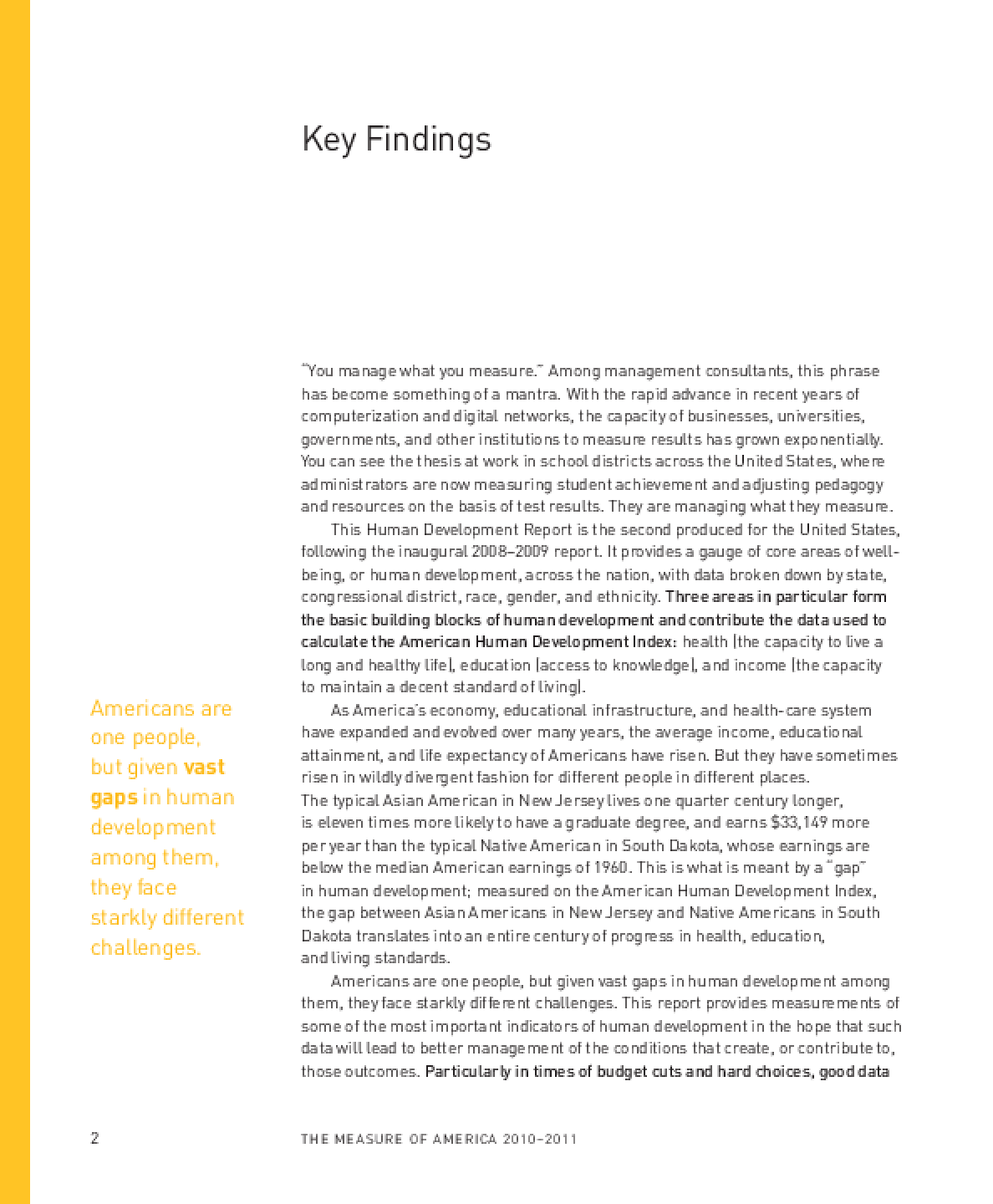