This report is part of a series of 21 state and regional studies examining the rollout of the ACA. The national network -- with 36 states and 61 researchers -- is led by the Rockefeller Institute of Government, the public policy research arm of the State University of New York, the Brookings Institution, and the Fels Institute of Government at the University of Pennsylvania. Michigan has taken a mixed approach to implementing the Patient Protection and Affordable Care Act (ACA). It very nearly became the first state led entirely by Republicans to create a health insurance exchange as part of the ACA. Instead, Michigan was one of the more than thirty states to default to a federally run exchange. The state decided to adopt the Medicaid expansion, but with a delayed start date of April 2014. 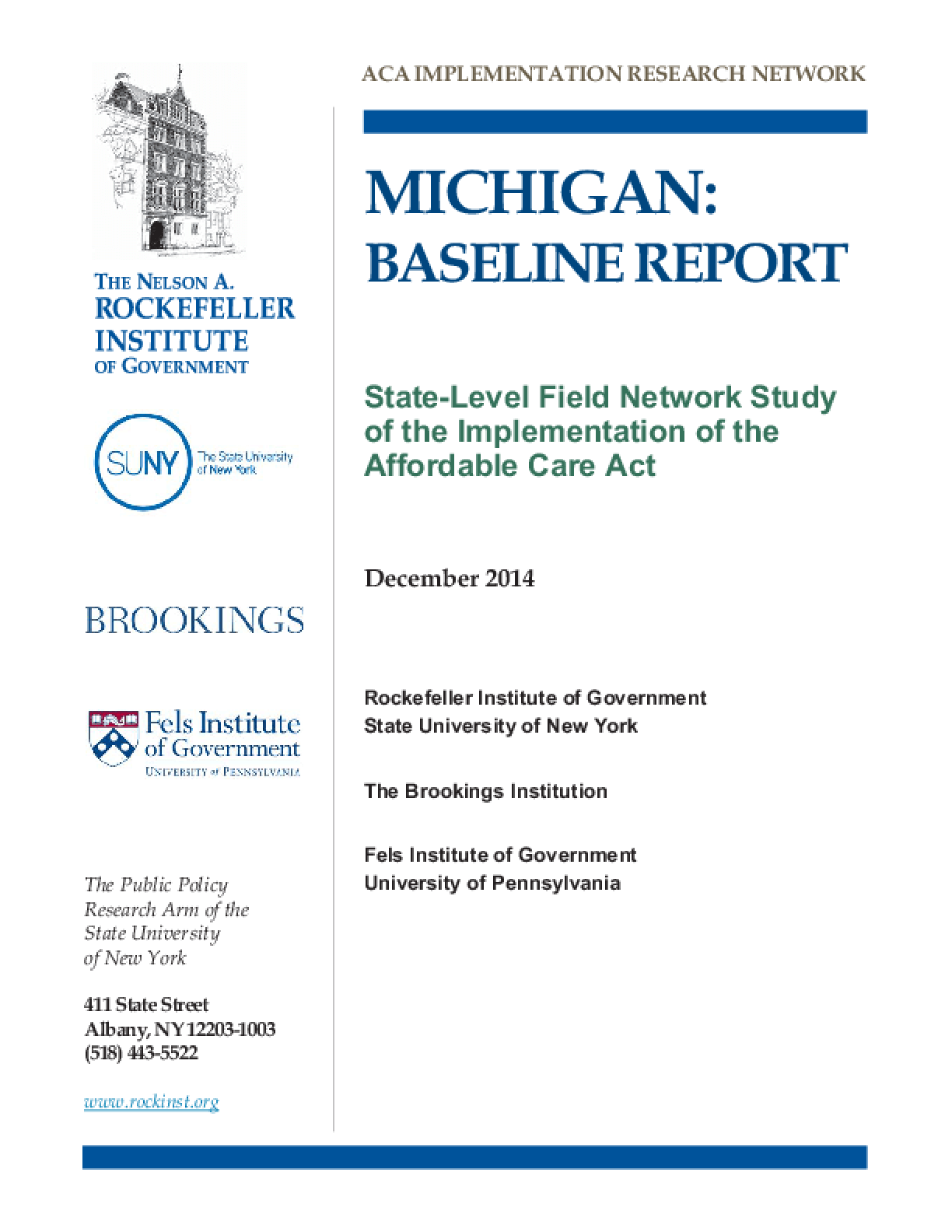