At a time when federal, state, and local elections are often decided by small voting margins -- with candidates frequently locked in ferocious competition for the ballots of those "voting blocs" that might turn the electoral tide in their favor -- one large and growing bloc of voters has been consistently overlooked and politically underestimated: New Americans. This group of voters and potential voters includes not only immigrants who have become U.S. citizens (Naturalized Americans), but also the U.S.-born children of immigrants who were raised during the current era of large-scale immigration from Latin America and Asia which began in 1965 (the Post-1965 Children of Immigrants). These immigrants and their children have a powerful and highly personal connection to the modern immigrant experience that most other Americans do not. It's one thing to hear family stories about a grandfather or great-grandfather coming to the United States during the much-romanticized "Ellis Island" era of immigration from Europe that ended decades ago. It's quite another to belong to a family that is experiencing first-hand the political and economic realities of immigration today. The ranks of registered voters who are New Americans, or Latino or Asian, have been growing rapidly this decade and are likely to play an increasingly pivotal role in elections at all levels in the years to come, particularly in battleground states like Florida, Colorado, Nevada, and New Mexico. As public opinion polls reveal, anti-immigrant political rhetoric is likely to motivate many New Americans to cast ballots, but is unlikely to win many votes for candidates perceived as anti-immigrant. 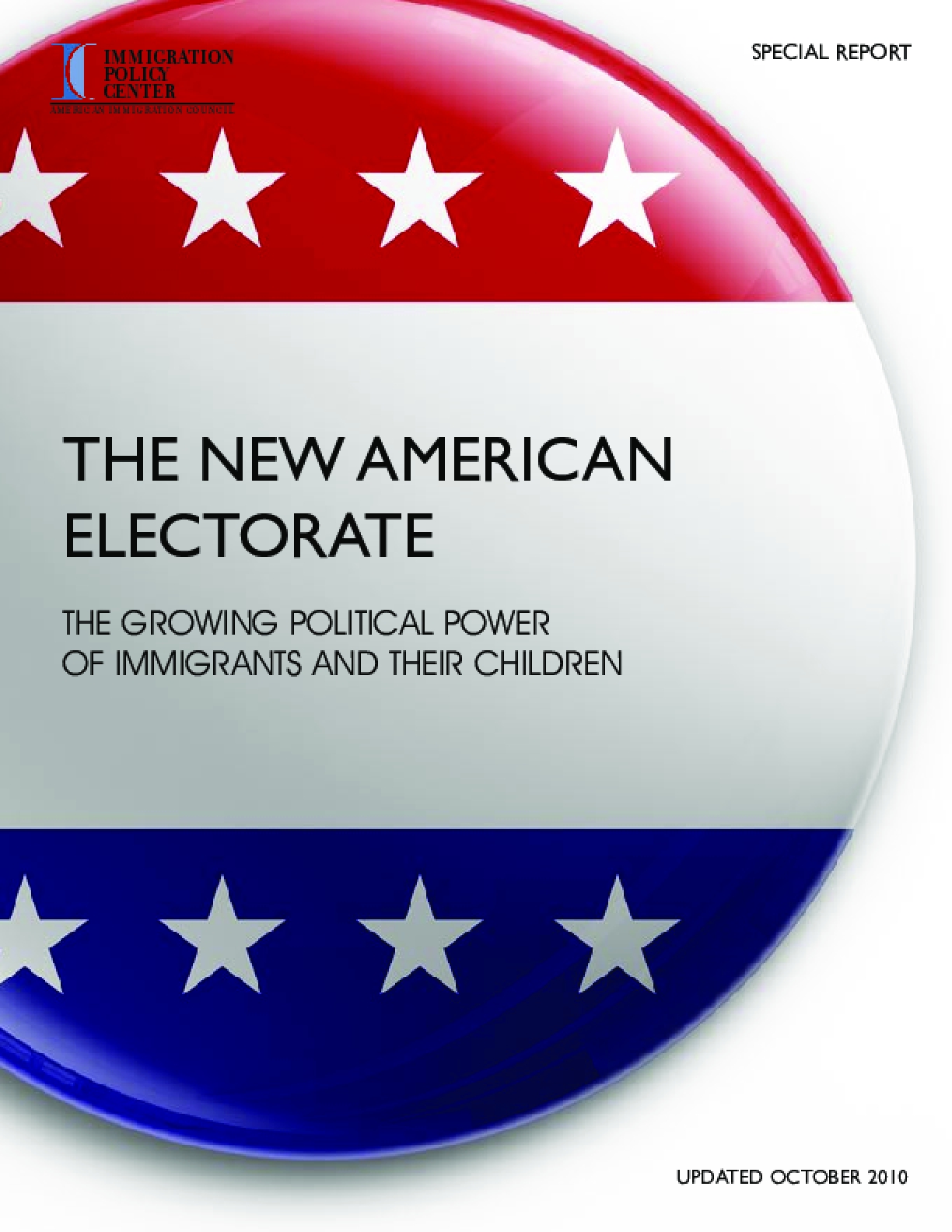