Nowhere to Go: A Crisis of Affordability in the Bronx

The state of affordability in the Bronx has Nowhere to Go - the Bronx is in a full out crisis of affordability. New data reveals that more than half of all households in Bronx Community District 5 now pay more than 50% of their income on rent, something unprecedented in the history of New York City. This trend of percent of income spent on rent cannot go any higher without a significant increase in overcrowding and homelessness. Economic hardships and the housing affordability gap are well documented nationally, and are especially acute in the Bronx. About half of all renters nationally, and nearly two-thirds of renters in the Bronx, live in unaffordable housing, and both of those numbers are increasing. The legacy of redlining and disinvestment has had an enormous impact on the Bronx and contributed to poor housing conditions and poverty. Reinvestment work starting in the 1970s thwarted the threats for planned shrinkage in the Bronx and created the housing that became home to immigrants and others seeking to live in New York City. Just as community-led reinvestment by the public and private sectors transformed the old Bronx, investment is still needed today to preserve the new Bronx. Investment is especially needed in the low wage workers that keep the five boroughs running so that these workers can afford to live and thrive in New York City. The report Nowhere to Go: A Crisis of Affordability in the Bronx highlights trends in the data to explain the current economic situation in the Bronx and to help inform policy decisions from a community based perspective. The report was presented at our 30th Anniversary Forum on May 1st, 2013. Panelists at the forum included John Reilly, Executive Director of Fordham Bedford Housing Corporation; Christa Meyers, Senior Director of Research, Evaluation & Planning with the District Public Health Offices at the Department of Health & Mental Hygiene; and Nick Iuviene and Yorman Nuñez from the Bronx Cooperative Development Initiative. 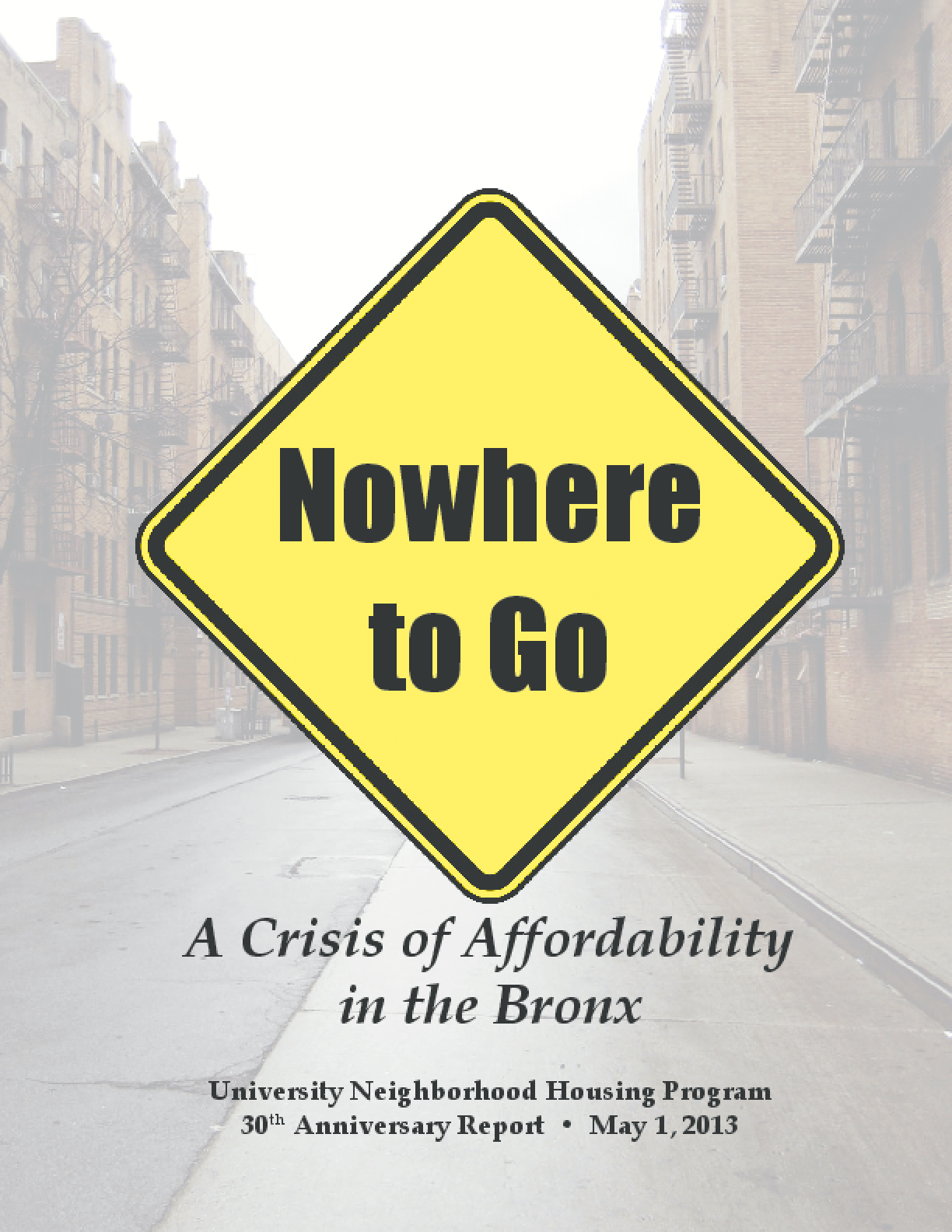