Our Charitable Children: Engaging Children in Charities and Charitable Giving

Why charitable donors give has been a topic of much debate amongst practitioners, policy makers and academics alike. Recent efforts to grow and strengthen the culture of charitable giving in the UK have focused on increasing people's propensity to give and the total amounts they are likely to give. However little attention has been paid to how people learn to give at a younger age. Given early education is fundamental in securing individuals long-term social and political orientations, this is a critical oversight. The absence of much commentary on, or significant research into, how individuals are socialised into giving, specifically younger children, means we have little knowledge about how people come to be the donors we pay so much attention to later in life.

In this report we situate charitable giving as part of much larger debate on children's active engagement within civil society and their role as competent and active social actors.

This research report engages the voices of over 150 young children aged 4-8 years old. Through participative action research methods, we explore their perceptions and preferences of charity and charitable giving. We explore the trends across the age group and discuss how children may develop philanthropic behaviours.

We start our findings celebrating children's knowledge and involvement in charities. We found they have a wide and varied range of opportunities to engage in fundraising and charitable giving through schools, communities and the family. However, we also suggest that children have relatively limited spaces to meaningfully engage in these charitable behaviours, often associating giving as a transactional process without critically engaging with the cause. Nonetheless, when given opportunity to meaningfully engage in giving decisions children demonstrated a heightened critical consciousness and desire for increased social justice in their giving decisions.

Importantly we argue that conscious, active and participative engagement in giving decisions helps children develop a critical consciousness about the world around them and increases social orientated behaviours. We promote the idea that children, as present citizens (as opposed to viewed as future citizens only), are capable and competent of selecting and assessing the charities they wish to support, and in turn this helps them develop a greater understanding of the world around them. 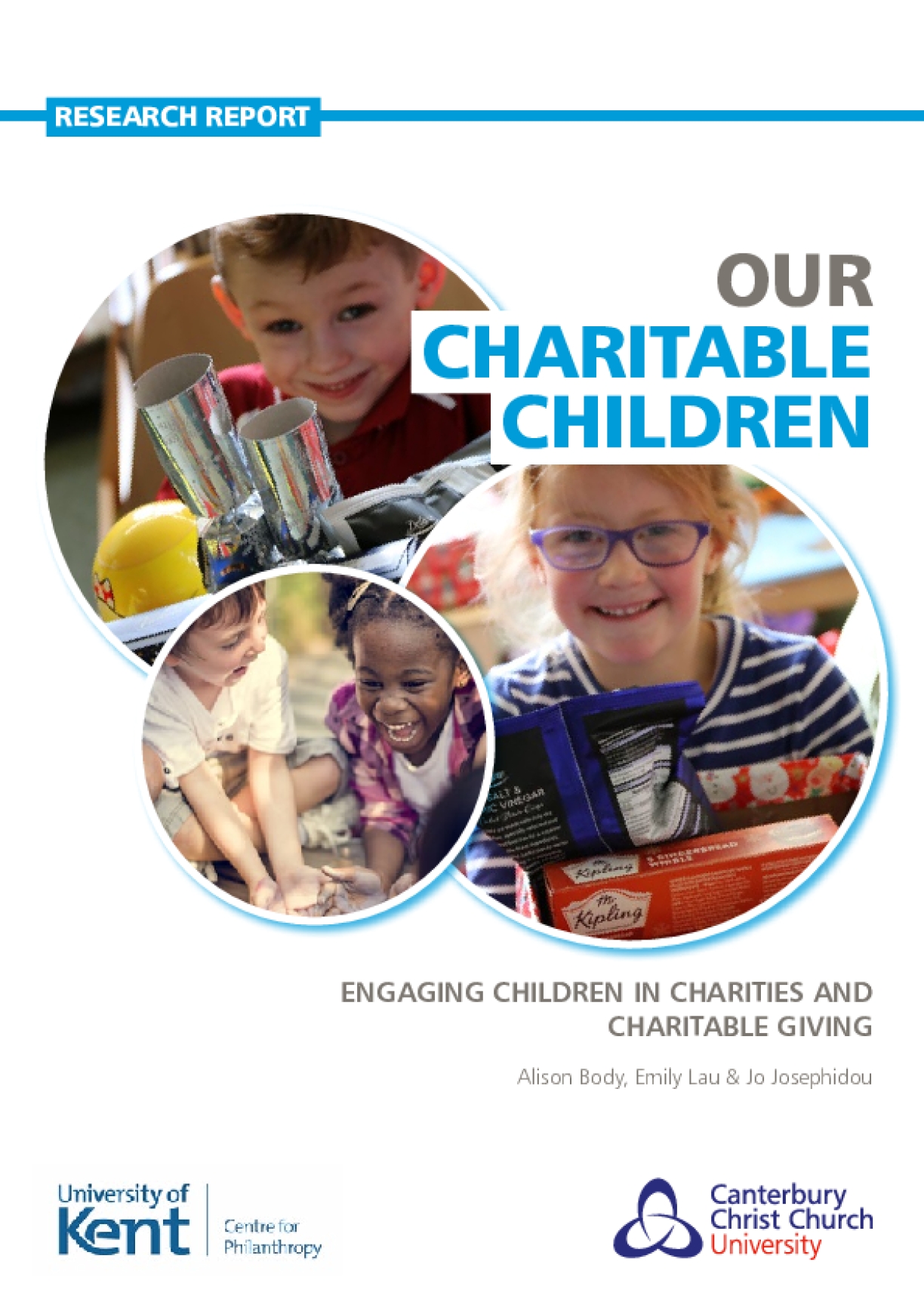