Out of Struggle: Strengthening and Expanding Movement Journalism in the U.S. South

The scope of the report includes Historic precedents and recent examples of journalism and social movements working in tandem to intervene on injustice; new and developing projects across the country that are breaking down barriers between journalists and the public, encouraging collaboration between newsrooms, and training grassroots journalists; a landscape scan of independent media in the South; analysis of national reporting on the South, funding models to start and sustain journalistic endeavors; and recommendations for launching a Southern People's Media Network to practice "movement journalism" by creating the news media we need, impacting the news media that exists, and strengthening grassroots media infrastructure in the South. 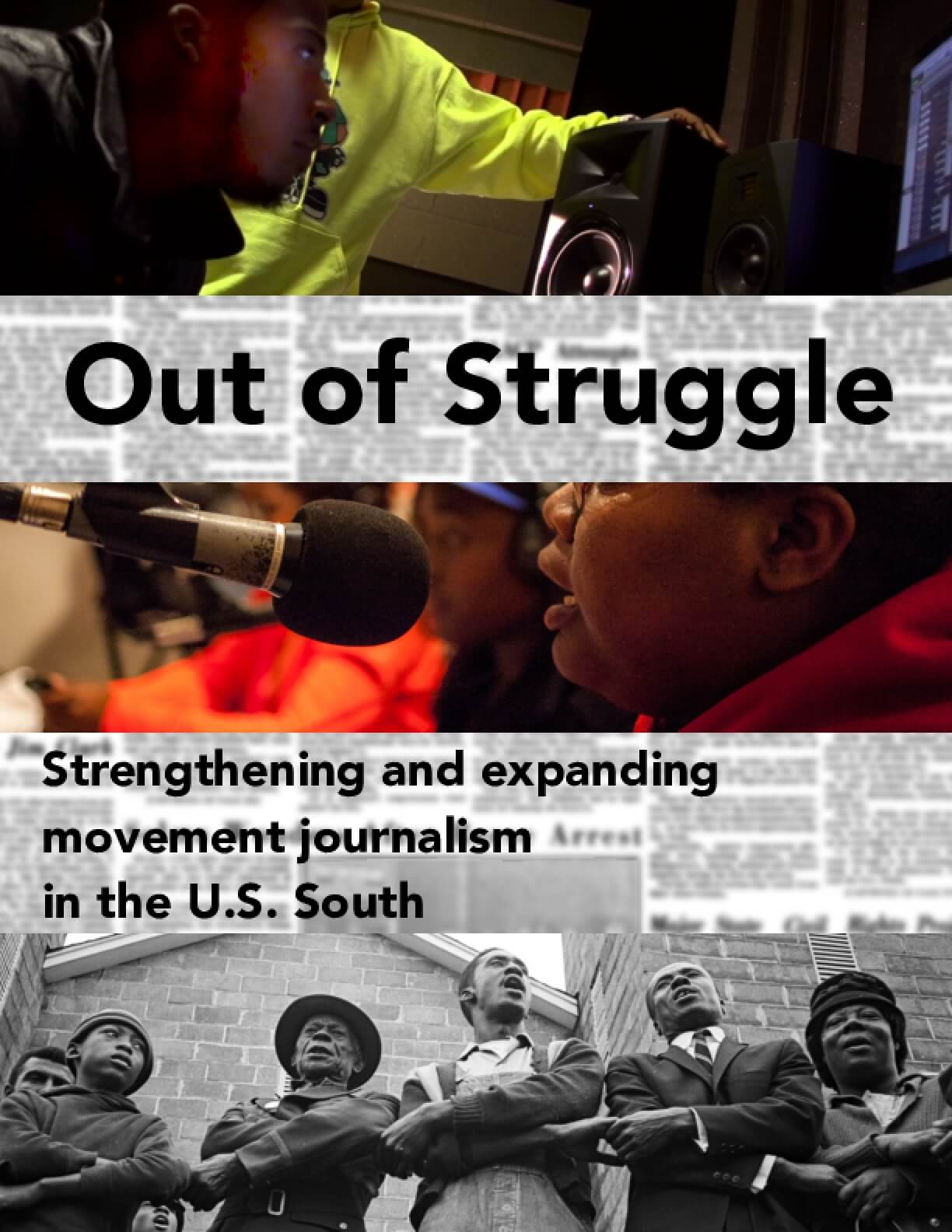