Because of decades of overfishing—catching fish faster than they can reproduce—in 2009, commercial fishermen in New England who targeted species such as cod, flounder, halibut and other bottom-dwelling "groundfish" lost at least $149 million and realized just 21 percent of potential revenues. This additional income could have been earned if fish populations had been at healthy levels. New analysis is discussed in a report authored by Ecotrust, one of the leading providers of marine social and economic research. 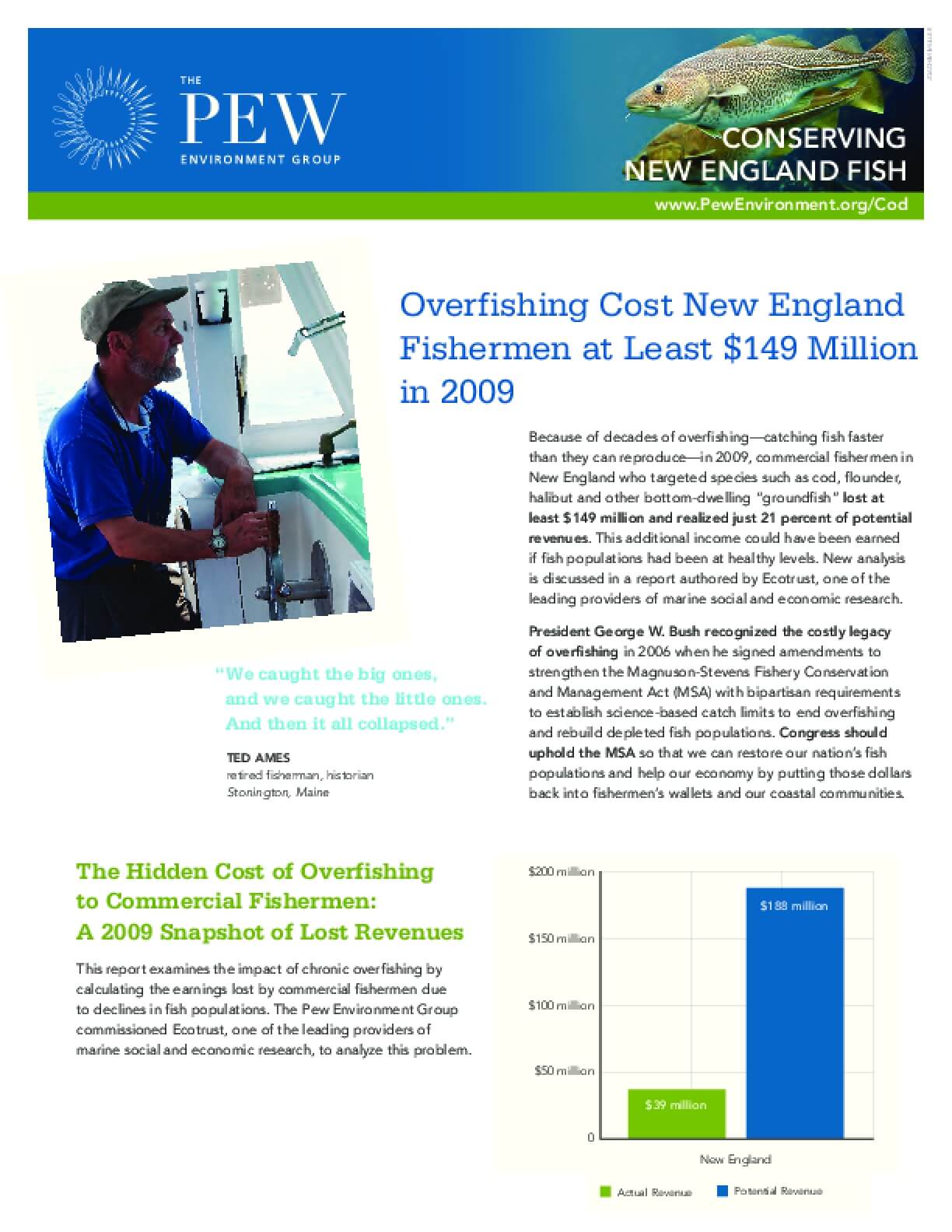