This report explores the impact of policing on Bay area communities, highlighting the real emergencies that communities are facing, and exploring what emergency responses systems people are currently using and what is desired by communities.

Since 2013, Critical Resistance has been part of a campaign called Stop Urban Shield that is fighting to halt the militarization of policing, emergency preparedness and disaster response. Urban Shield is a regional, national and global weapons expo and SWAT training that takes place in the Bay Area. It brings together law enforcement agencies and first responders from across the country and world – including from the apartheid state of Israel – in order for them to train and skill share on repression tactics, military operations and police-coordinated disaster and emergency response. Urban Shield was created by Alameda County Sheriff Gregory Ahern in 2007, and has been held in Alameda County every year since. 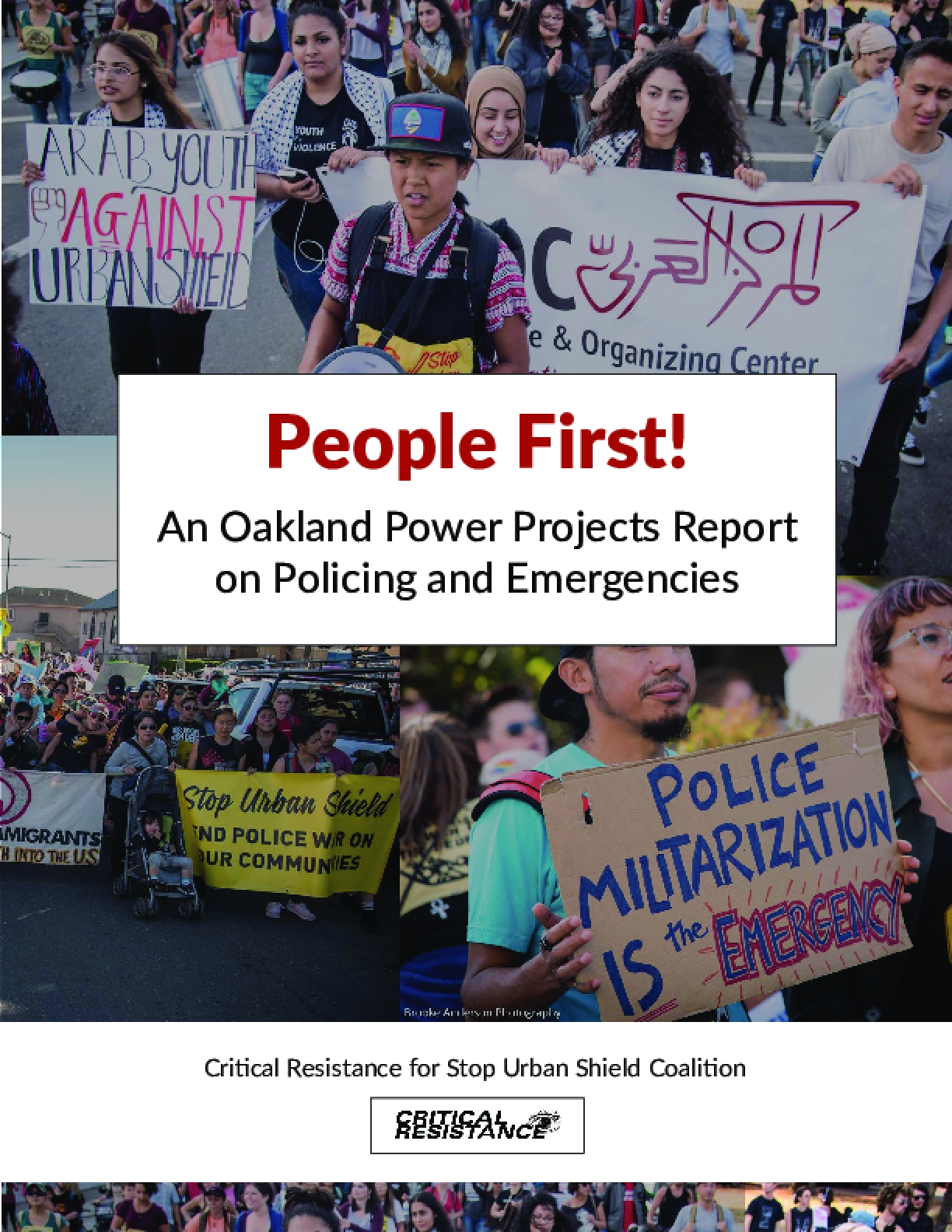