Reefs at Risk: A Map-Based Indicator of Threats to the Worlds Coral Reefs

This report presents the first-ever detailed, map-based assessment of potential threats to coral reef ecosystems around the world. "Reefs at Risk" draws on 14 data sets (including maps of land cover, ports, settle-ments, and shipping lanes), information on 800 sites known to be degraded by people, and scientific expertise to model areas where reef degradation is predicted to occur, given existing human pressures on these areas. Results are an indicator of potential threat (risk), not a measure of actual condition. In some places, particularly where good management is practiced, reefs may be at risk but remain relatively healthy. In others, this indicator underestimates the degree to which reefs are threatened and degraded.Our results indicate that: 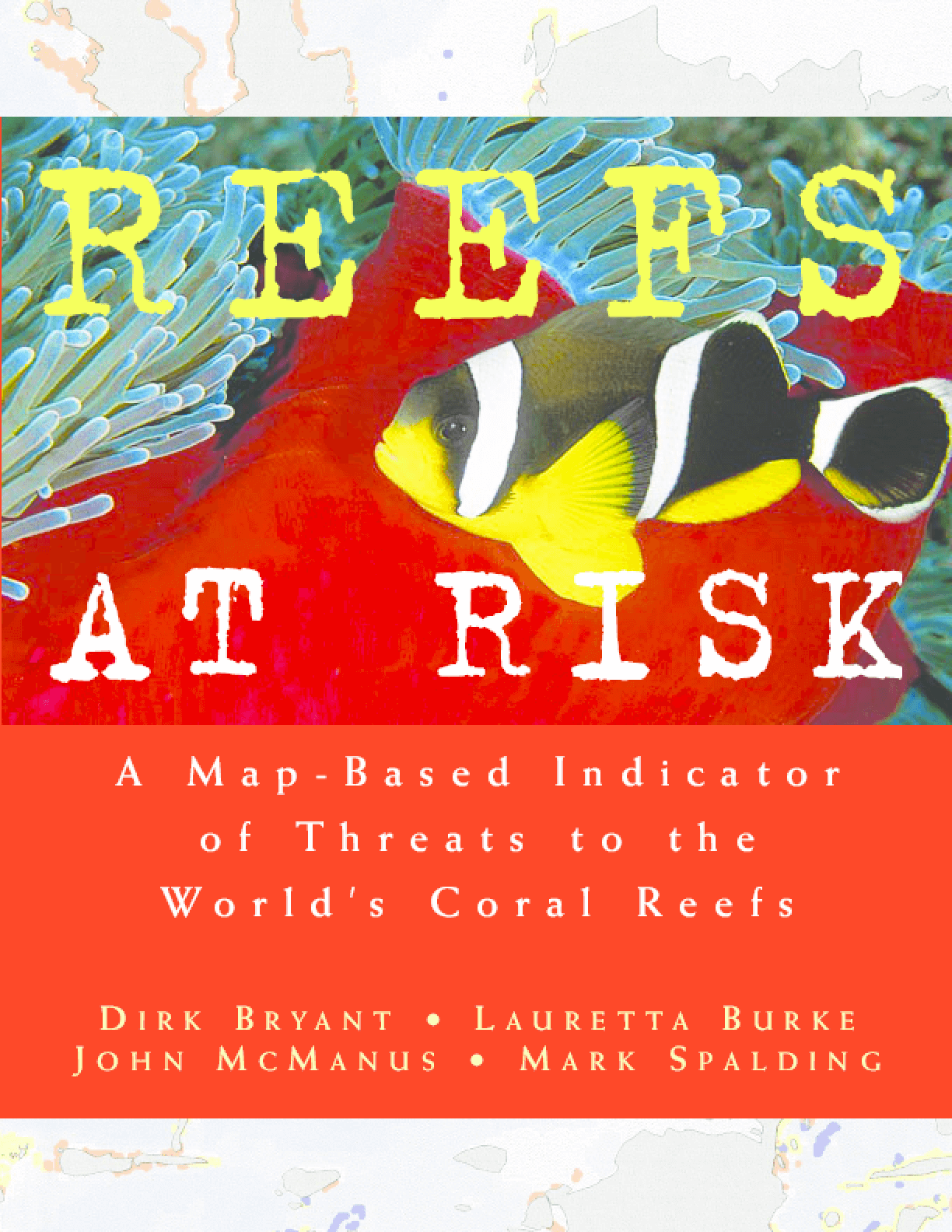