In a first part of a comparative analysis, the GE under meinnützigkeits- and donation regulations of Germany, Austria, France, Britain, Italy and Sweden explained at a glance. Content are the relevant legal and tax bases of Gemeinnützigkeits-and donations law represented. This country report provides an overview of the described beneficiary legal forms of charitable organizations and the conditions of non-profit and linked to it tax breaks. Representation current reform efforts outlined - beyond respectively - if known. For the presentation of national reports could not only official information but also to publications to the countries and from generally accessible information be accessed from the Internet. Here are the country elaborations, depending on the extent information available. This overview includes an evaluation and analysis on the gemeinnützigkeits- and donate regulations. Similarities and differences of the selected legal systems shown. The focus of this section is the taxation arrangements for the Operation of charitable institutions.   In the second part of the report are preliminary, the importance of EU legislation for the Gemeinnützigkeits- and donations law described and the political and legal Framework for the third sector set. In particular, touching points between EU law and the Charity Law and thus once forth the points of conflict explained. The conclusion is a summary an outlook on future developments in the law of nonprofit organizations. The expert opinion are the accompanying conditions of the mandate Partnership Flick Gocke Schaumburg basis. 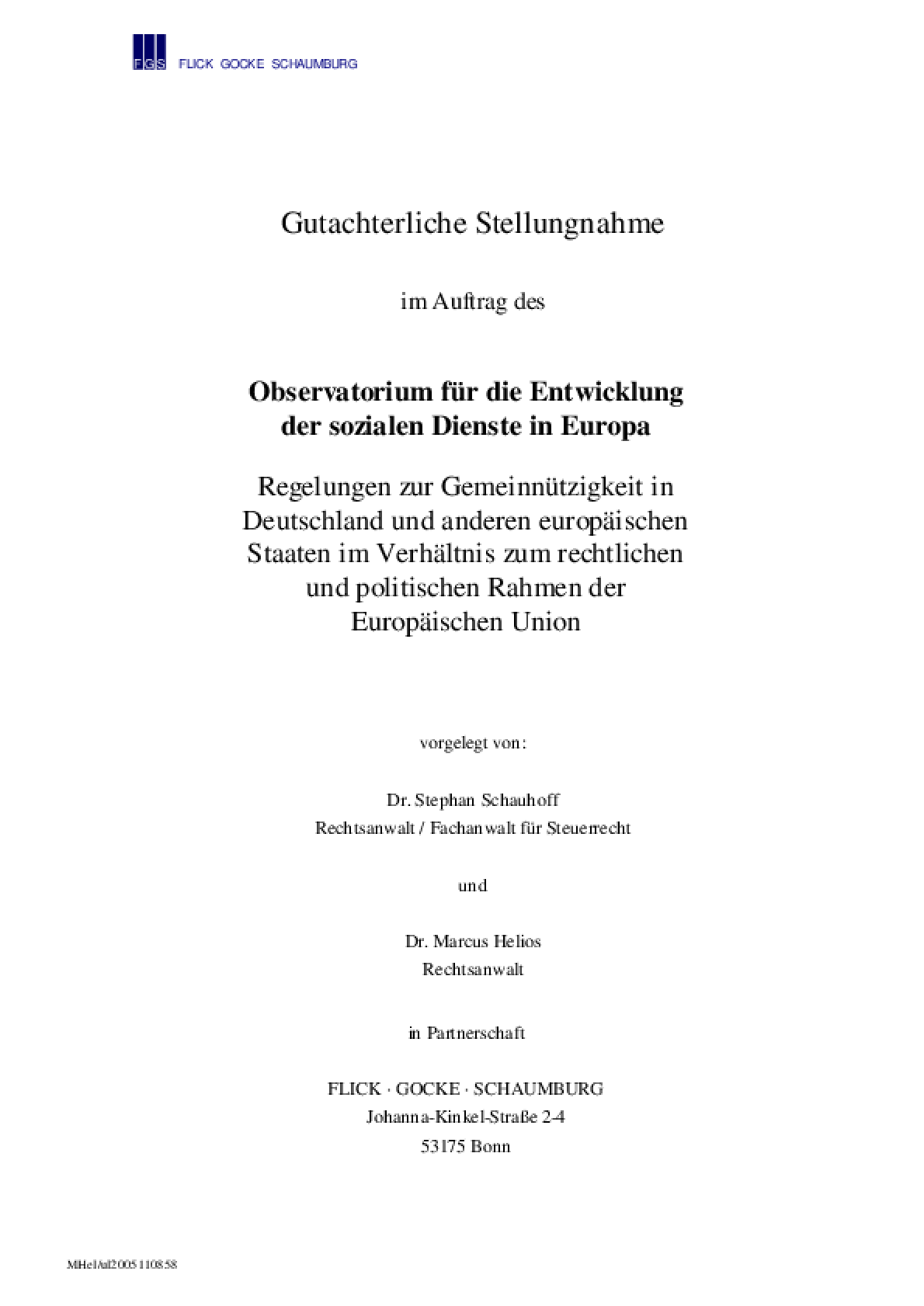