Should I Say Something?: Dating and Sexual Aggression Bystander Intervention Among High School Youth 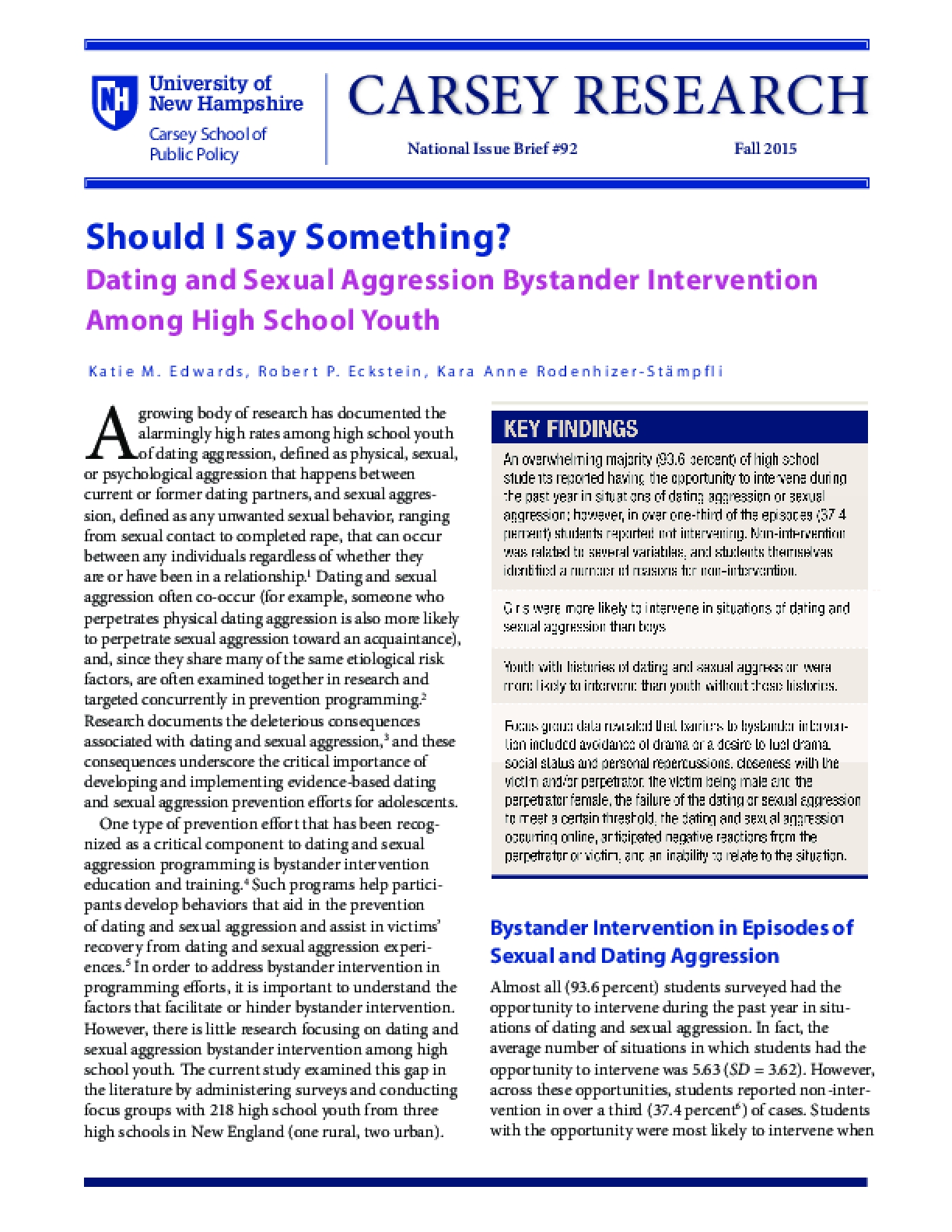