Somalis in London explores the views and experiences of Somali communities living in London, focusing on six areas of local policy—employment, education, housing, health and social protection, political participation, and policing and security—as well as broader themes of belonging and identity and the role of the media. The report uses the term "British Somali" to capture the lived experiences of being from one country (Somalia) and of another (the United Kingdom).

British Somalis living in the United Kingdom are one of the largest and longest established communities in Europe. Somalis in London focuses on the boroughs of Camden and Tower Hamlets because of the nature and size of their British Somali population.

Somalis in London is part of a seven-city research series titled Somalis in European Cities, by the Open Society Foundations' At Home in Europe project, which examines the realities of people from Somali backgrounds in Amsterdam, Copenhagen, Helsinki, Malmo, Leicester, London, and Oslo. 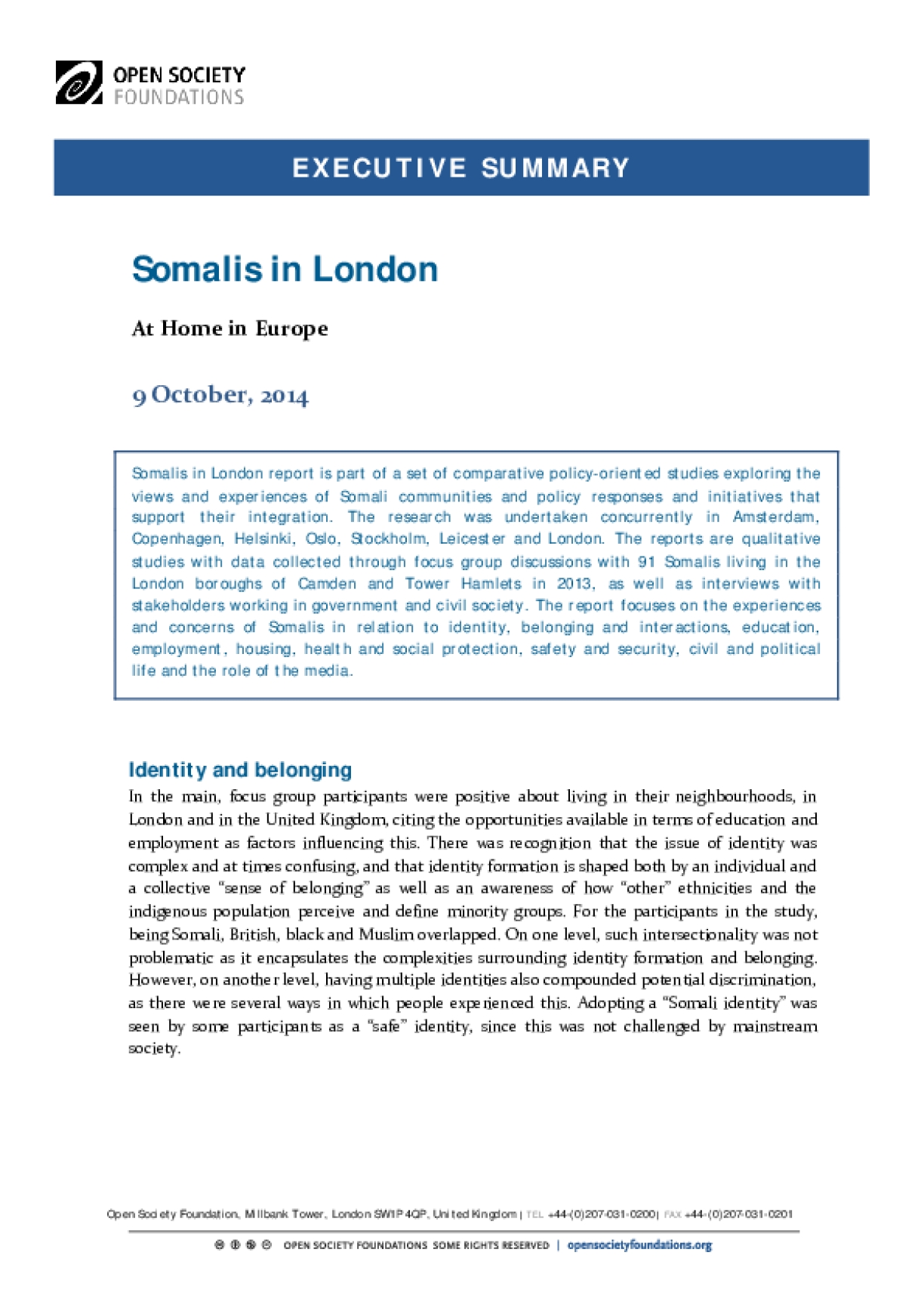