Sources of Guns to Dangerous People: What We Learn By Asking Them

Gun violence exacts a lethal toll on public health. This paper focuses on reducing access to firearms by dangerous offenders, contributing original empirical data on the gun transactions that arm offenders in Chicago. Conducted in the fall of 2013, analysis of an open-ended survey of 99 inmates of Cook County Jail focuses on a subset of violence-prone individuals with the goal of improving law enforcement actions. Among our principal findings: 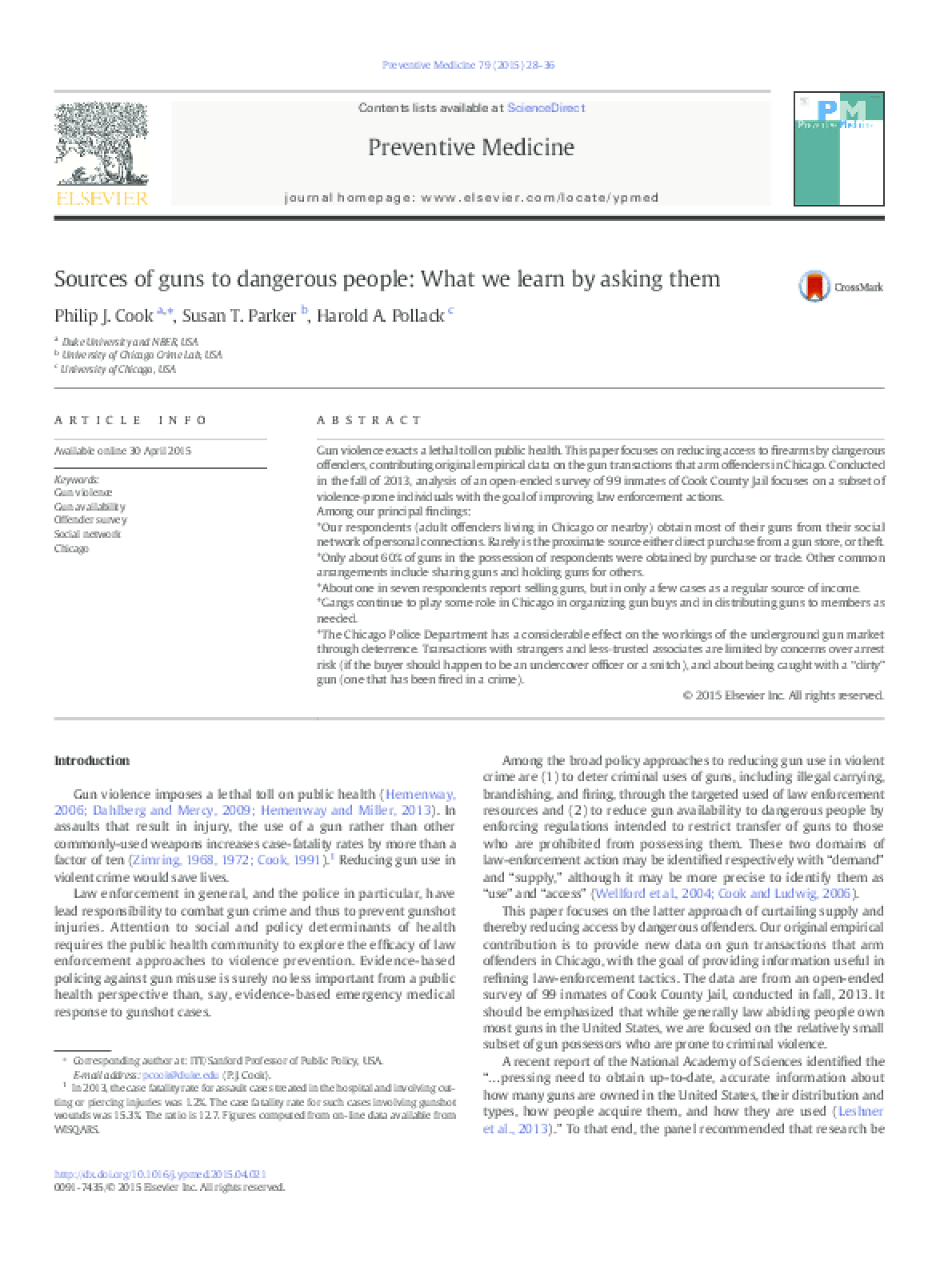