As concerns over the current economic situation continue to grow, the question of the correlation between increased crime and a depressed economy has resurfaced. Do economic instability and its discontents, such as unemployment, reduced wages, and reduced social services lead to a general increase in criminal activity? News stories about a supposed rise in crime caused by the economic crisis are appearing regularly around the country. Recent reports by Associated Press, the Los Angeles Times, and USA Today seem to start from the assumption of a distinct and causal relationship. In addition, articles often focus on one city's problems. For example, the Times headline reads "Crime continues to fall in Los Angeles despite bad economy," while USA Today cites residents of Fitchburg, Massachusetts, who are convinced that "Desperate people do desperate things" because their city has seen an increase in property crimes. Both the causes of crime and the workings of the economy are immensely complex questions, and a clear, direct relationship is nearly impossible to prove. Crime stems from a multitude of variables including economic measures, demographic dynamics, health indicators, and social safety nets. There is very little conclusive research on the relationship between crime and the economy. This report examines the question using state and national data. A review of the literature discusses how this topic has been studied to date and is followed by an NCCD analysis that examines criminal justice data in conjunction with economic recessions and expansions. 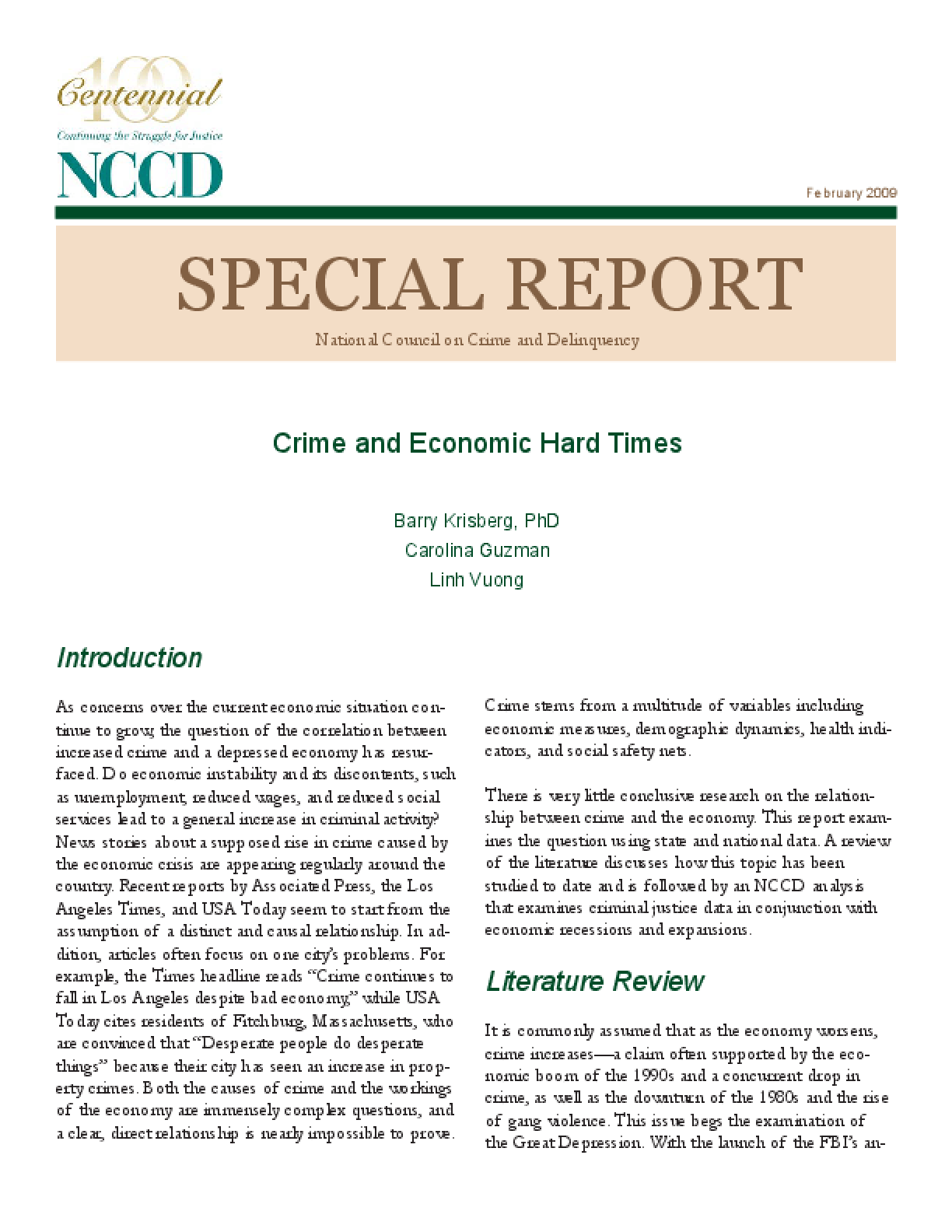