Modern mass homelessness in New York is now entering its fifth decade. New York's catastrophic affordable housing crisis continues to fuel record homelessness throughout the city and state, devastating the lives of tens of thousands of men, women, and children. The number of single adults sleeping each night in New York City Department of Homeless Services (DHS) shelters increased by a staggering 143 percent, from 7,700 in December 2009 to 18,700 in December 2019. While the number of families sleeping each night in DHS shelters has levelled off in the past three years, that figure remains stubbornly high: In December 2019, 14,792 families slept in shelters each night, a 7-percent decline from the all-time high of 15,899 in November 2016, but a 46-percent increase compared with December 2009. Shockingly, 1 in every 100 babies born in New York City last year was brought "home" from the hospital to a shelter.

As disturbing as these statistics are, they constitute just the tip of the iceberg. The depth of the crisis goes far beyond what is reflected in nightly shelter census figures. State of the Homeless 2020 analyzes the institutional forces that drive record homelessness, highlights the plight of those sleeping unsheltered on the streets and in the subways, and illustrates how the City's bureaucratic shelter application process for homeless families may actually conceal the true scope of family homelessness in New York. 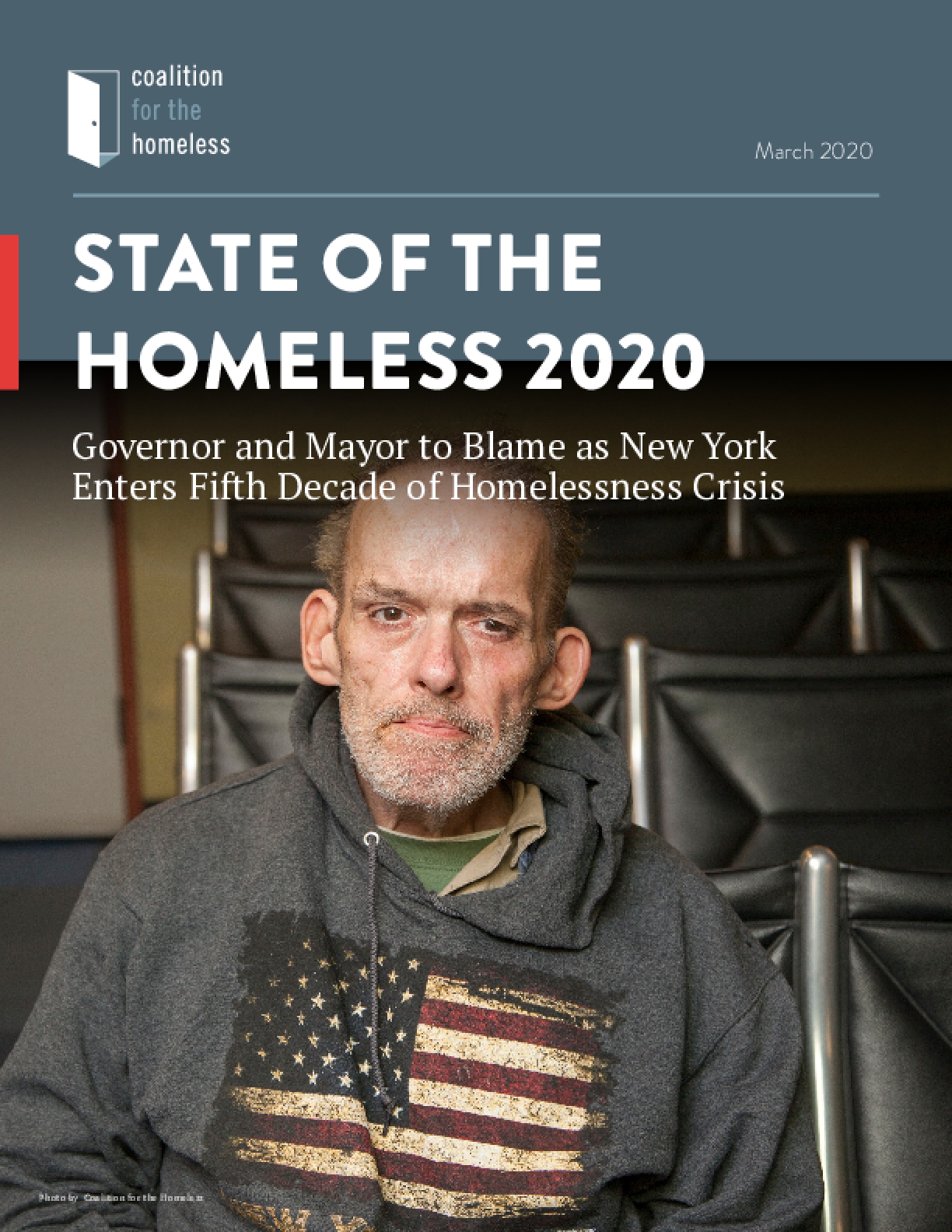