In the early morning hours of July 5, 2017, New York Police Department officer Miosotis Familia was ambushed as she sat in a marked NYPD command truck with her partner while providing additional security to a Bronx neighborhood after Fourth of July festivities. In an attack that police officials described as an assassination, Officer Familia was fatally shot in the head with a gun that had been stolen in Charleston, West Virginia, four years earlier. Less than a month earlier on the other side of the country, a UPS driver in San Francisco shot and killed three co-workers and injured two others using a gun that had been stolen in Utah. The shooter was also armed with a gun that had been stolen in Napa County, California.

Stolen guns pose a significant risk to community safety. Whether stolen from a gun store or an individual gun owner's collection, these guns often head straight into the illegal underground gun market, where they are sold, traded, and used to facilitate violent crimes. Gun theft is not a minor problem in the United States. According to data from the Federal Bureau of Investigation (FBI), during the four-year period from 2012 to 2015, nearly half a billion dollars' worth of guns were stolen from individuals nationwide, amounting to an estimated 1.2 million guns. Twenty-two thousand guns were stolen from gun stores during this same period. A gun is stolen in the U.S. every two minutes.

Gun owners and dealers have a substantial responsibility to take reasonable measures to protect against theft and help ensure that their guns do not become part of this illegal inventory. This report analyzes data from the FBI and the Bureau of Alcohol, Tobacco, Firearms and Explosives (ATF) to provide state-by-state data on the frequency with which guns are stolen from licensed gun dealers and individual gun owners in communities across the country. It then offers a number of policy solutions to help prevent future gun thefts. 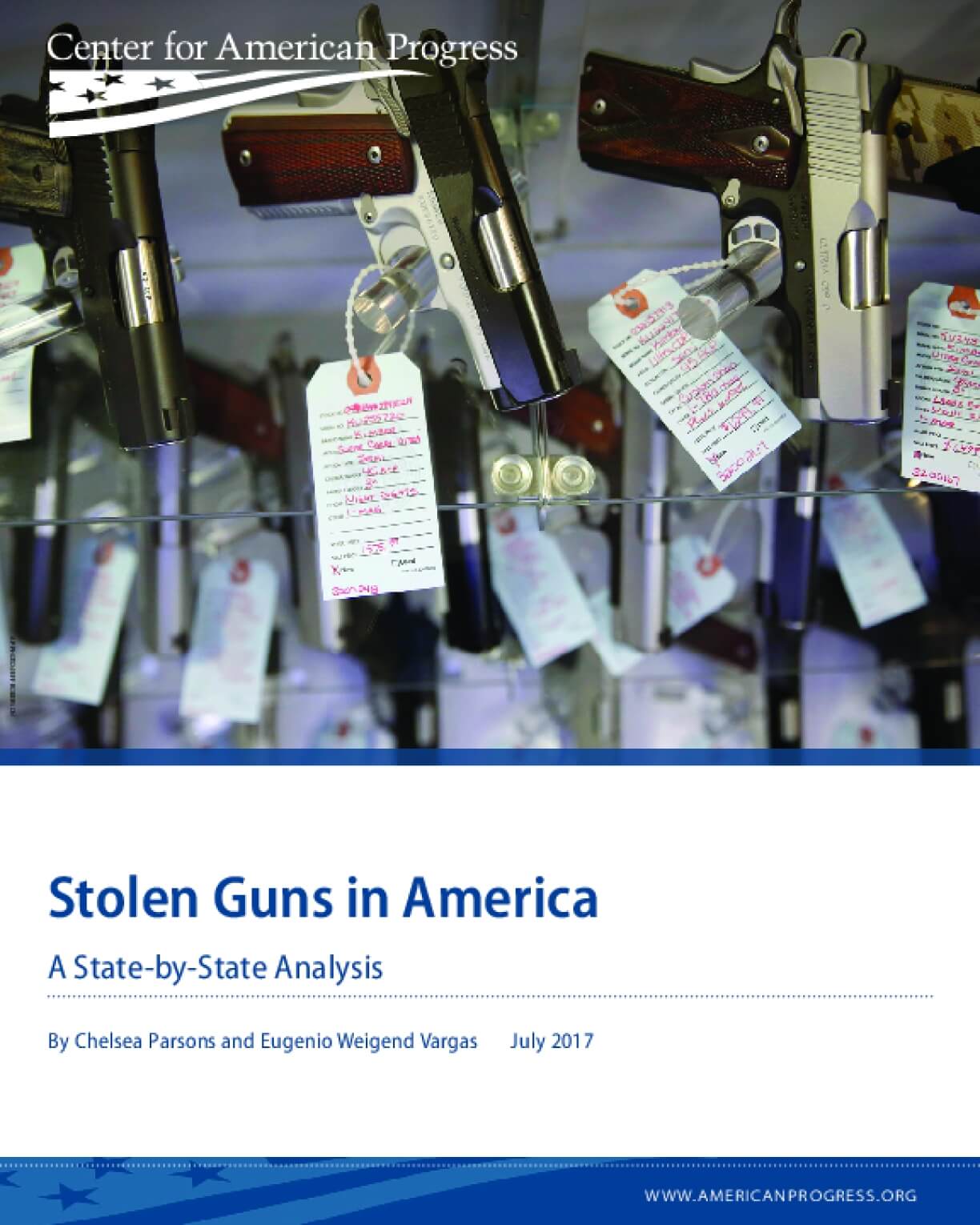