A serious affordable housing crisis, which has plagued the City of Chicago for more than a decade, has deepened drastically during the last two years due to the rise in foreclosures and unemployment. Meanwhile, through its 158 active Tax Increment Financing (TIF) districts, the city has accumulated, and likely will continue to generate, a large surplus of funds that could be used to alleviate the affordable housing problem. TIF districts were created to promote revitalization of blighted or struggling neighborhoods, and the availability of affordable housing is instrumental to a neighborhood's stability. Unfortunately, the city's policy on the use of TIF funds for housing has not gone far enough to adequately address the fundamental need for affordable housing in developing neighborhoods. Expenditures on affordable housing have accounted for too small of a percentage of TIF funds. An even smaller percentage of TIF funds have supported housing affordable to people in the neighborhoods in which it is built and for those with the greatest housing needs. Key findings are: Recommendations: This report was prepared by Chicago Coalition for the Homeless on behalf of the Sweet Home. Chicago Coalition. 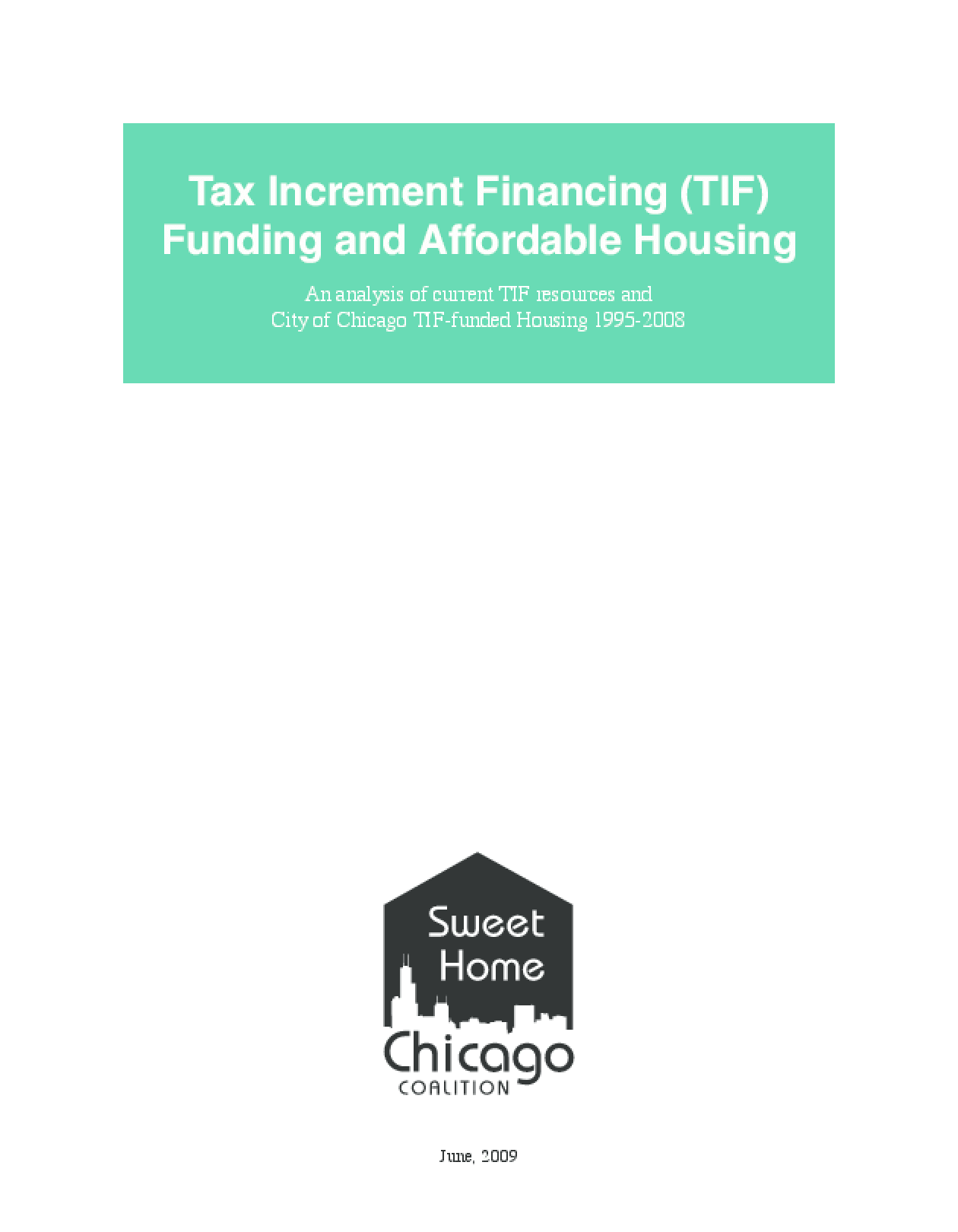