Although the Congress repeatedly failed to repeal and replace the Affordable Care Act (ACA) in 2017, ACA policies have changed extensively over the past year. December's tax bill eliminated the financial penalties enforcing the individual mandate, starting in 2019. The Trump administration used its executive powers to slash ACA advertising spending and shrink the ACA enrollment period, and it ceased making cost-sharing reduction payments to insurers. These changes did not appear to have a big impact on ACA's 2018 enrollments, which were only slightly below the previous year's total, but there has been a decline in the number of participating insurers, and premiums increased in many rating areas.

It is still too early to know the longer-term effects of these changes, much less anticipate future developments. They do, however, suggest that states are implementing the ACA in a dynamic, uncertain environment even after the act escaped wholesale replacement. To deal with these and future changes, or to modify policies that would make state ACA programs more effective, or more to their political liking, state governments may turn to the ACA's Section 1332 State Innovation Waivers. The 1332 waivers are not the only way in which states can modify ACA policies, and their role has been limited to date. But the waivers have potential as a means for widespread policy change, and that potential may grow. As of this writing, there are bipartisan proposals in the Congress to expand the authority under the ACA's section 1332 provision to foster even more state innovation.

This paper discusses the 1332 waiver — its origins, powers and limitations, and uses thus far — and how it may be used to address major challenges facing the ACA. We note, for example, a shift in the purposes of planned 1332 applications before and after the 2016 elections, a shift that suggests a new and challenging function for waivers — not simply to allow states to adopt different pathways to common policy goals, but to respond effectively and quickly to rapid changes in healthcare markets. We discuss the practicality and implications of this shift along with ways in which 1332 waivers may be used to serve other purposes, including how they may be used in combination with other waivers and instruments to bring about comprehensive reforms in the delivery of healthcare. We also discuss the prospects for 1332 waivers in the coming years, their potential roles in adapting the ACA to changing and diverse circumstances, and ways in which the waiver process may be improved. 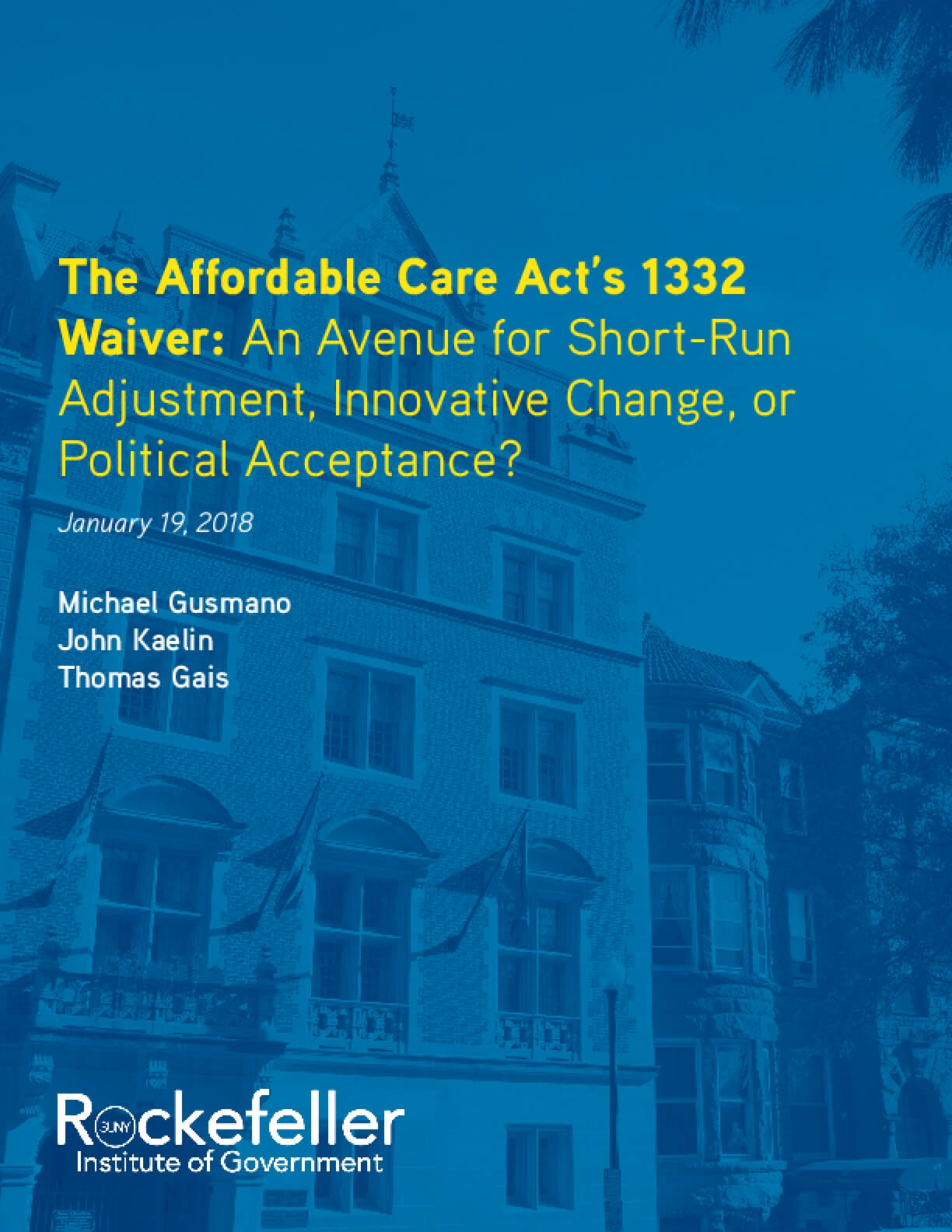