The Displacement Continuum: The Relationship Between Internal Displacement and Cross-border Movement in Seven Countries

The twentieth of June is World Refugee Day, dedicated to raising awareness of the situation of refugees. There are nearly twice as many internally displaced people (IDPs) as there are refugees, but there is no International Day of Internal Displacement.

To bring attention to the invisible majority of displaced people, the Internal Displacement Monitoring Centre (IDMC) is investigating the relationship between internal displacement and cross-border movement. Based on primary research conducted with refugees, returning refugees and IDPs from Afghanistan, Colombia, Iraq, Myanmar, Nigeria, South Sudan and Yemen, we arrive at the following key findings:

Restrictive migration policies combine with the high cost of irregular migration to limit opportunities for IDPs seeking refuge abroad. Instead, IDPs are exposed to repeated incidents of internal displacement. Nearly 47 per cent of IDPs surveyed were displaced multiple times. Border closures resulting from COVID-19 act as a further barrier to international protection.

Difficult conditions abroad can push refugees to return prematurely to their countries of origin. Family reunification is the most powerful motivation behind returns, but refugees who are unable to make ends meet in their host country may feel they have no choice but to return to insecurity in their country of origin. Under such circumstances, return assistance runs the risk of encouraging premature returns.

Refugees who return prematurely to their country of origin often find themselves in situations of internal displacement. Over three-quarters of returning refugees surveyed were living outside their area of origin, often because of continued insecurity and housing destruction. Returning refugees and IDPs face similar challenges in terms of accessing durable solutions to their displacement. 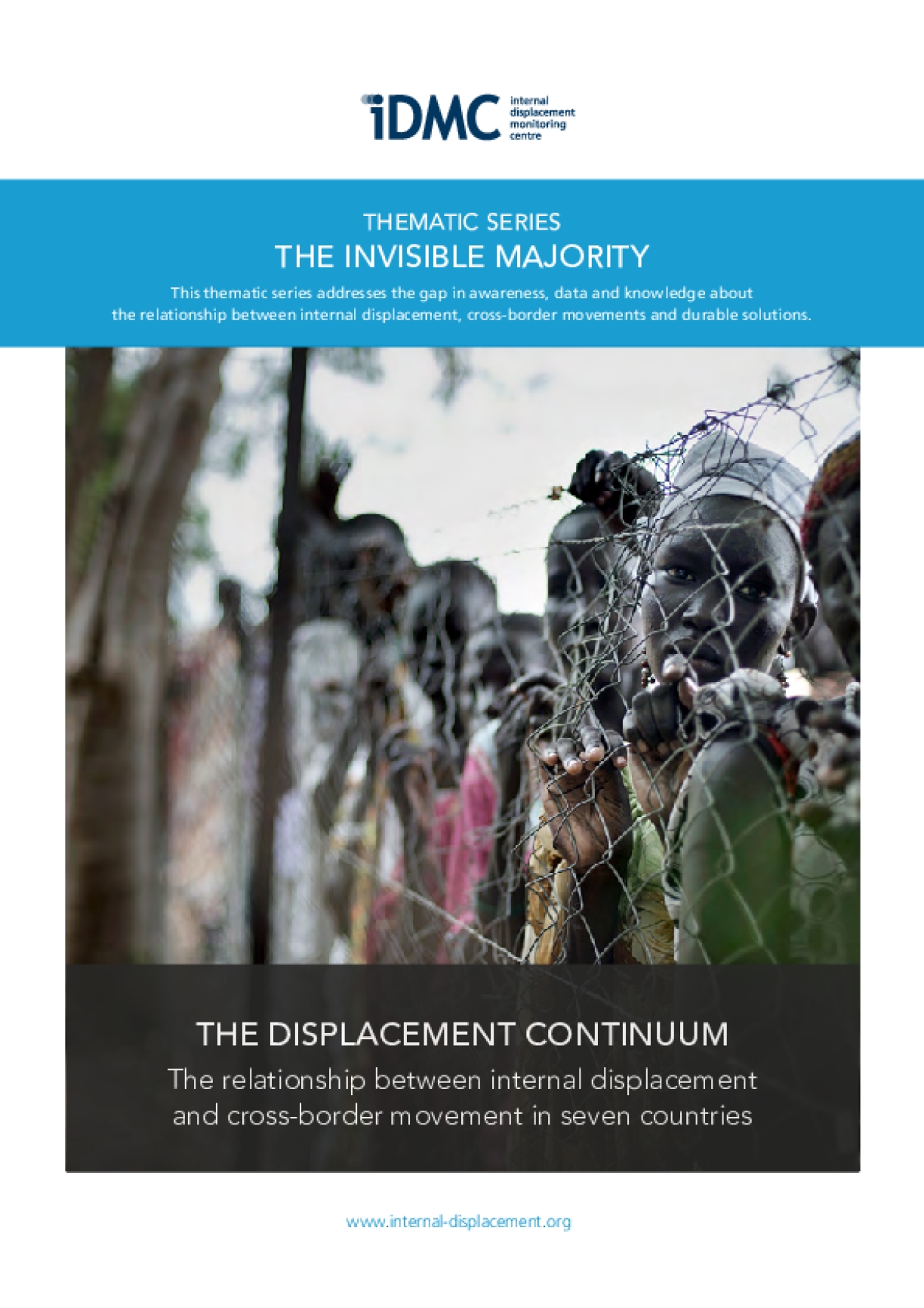