The Increasing Diversity of America's Youth: Children Lead the Way to a New Era 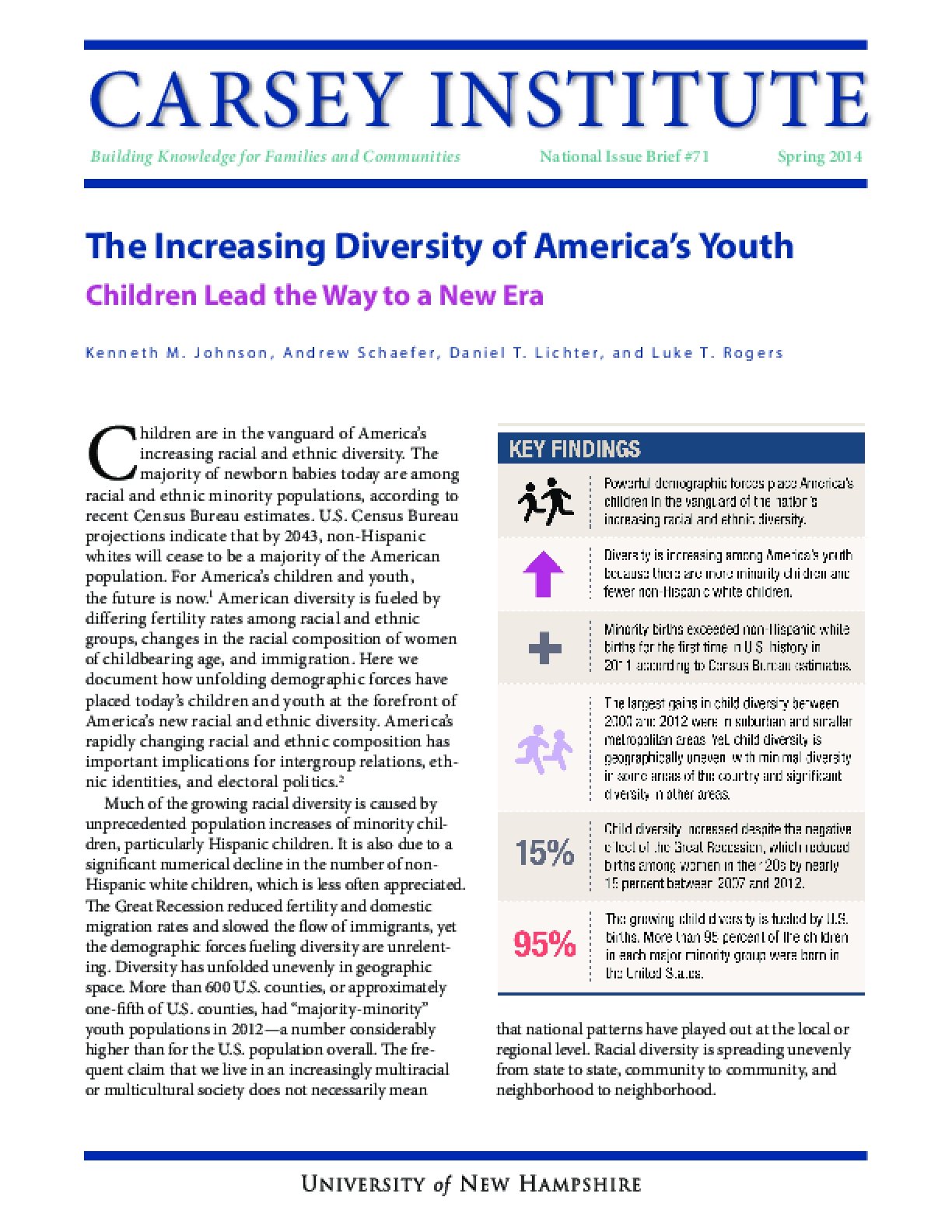