Time after time, the Bronx ranks highest in many negative demographic, housing and social indicators. These neighborhoods are highlighted in crimson on comparative NYC maps, earning the moniker, the "Red Zone." The UNHP report Envisioning the Future of the Red Zone finds that despite the negative indicators, these same neighborhoods are at the epicenter of widespread community based revitalization efforts. These neighborhoods also provide much of the City's affordable housing in the form of privately owned rent stabilized properties with relatively low rents. Panelists from local community groups, housing agencies, and the private sector led the discussion of the Red Zone at UNHP's 2009 forum. To address the negative indicators and what they mean going forward, the discussion focused on ways institutions, lenders, public agencies and community groups responsible for the successful community development efforts of the past three decades can work together to envision a future for the Red Zone. 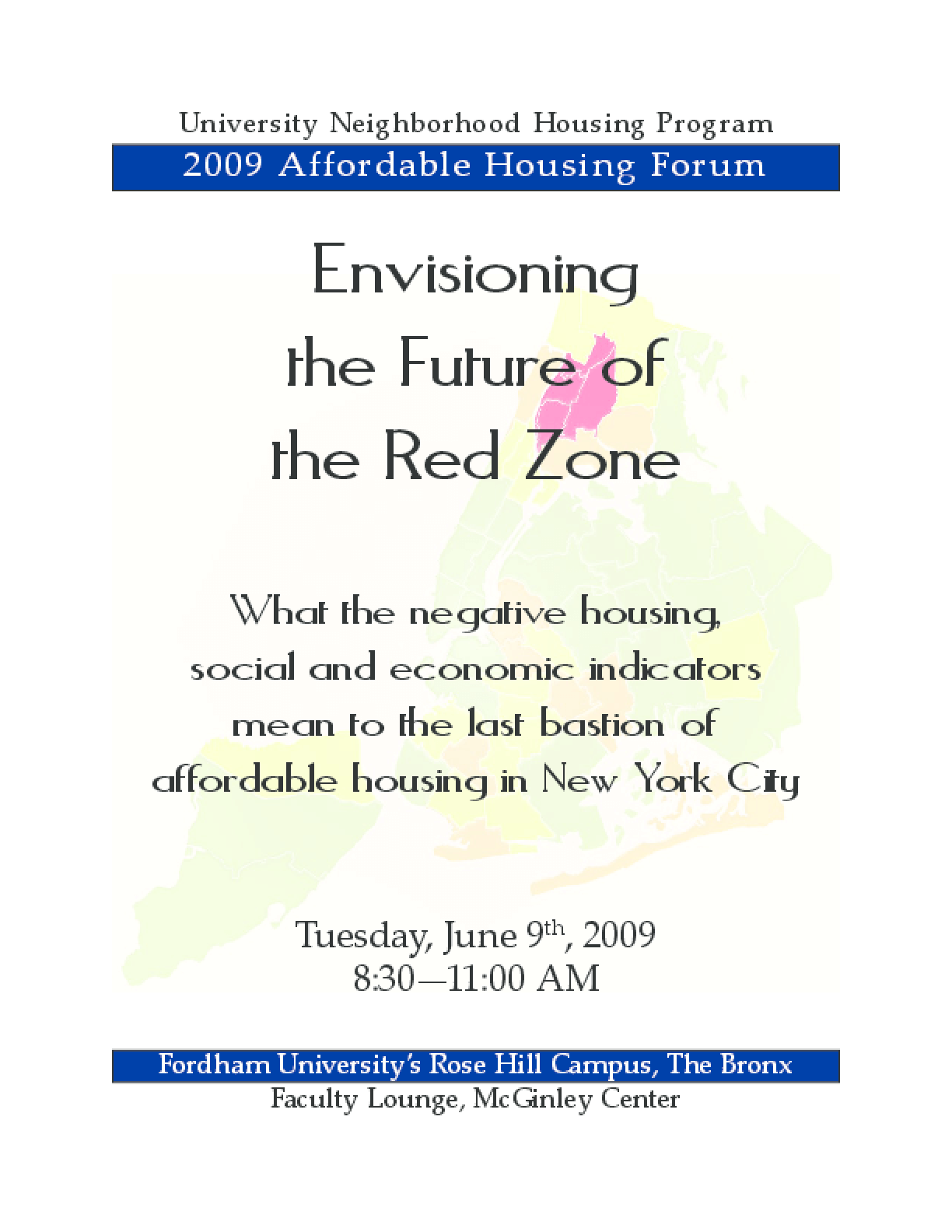