The Small-Donor Antidote to Big-Donor Politics

Americans are fed up with the influence of big money in politics—and the good news is that a growing number of citizens and lawmakers are doing something about it. In March, Washington, D.C., joined almost 30 other jurisdictions nationwide that provide public support to political campaigns financed by small donors. Moreover, Democratic leaders in Congress recently championed "A Better Deal for Our Democracy," a package of pro-democracy legislation that includes support for robust small-donor-funded campaigns. Much of the commentary on campaign fundraising—including publications from the Center for American Progress—focuses on the important goal of safeguarding representative government against corruption. Yet simply limiting undemocratic forces should not be the singular goal of democratic reform; any comprehensive effort to address what ails American democracy should also seek to strengthen the relationship between citizens and their representatives. In other words, at all levels of government—state, local, or federal—reformers should work to make elected officials more accountable to the people they represent, as well as more able to work effectively on their behalf. 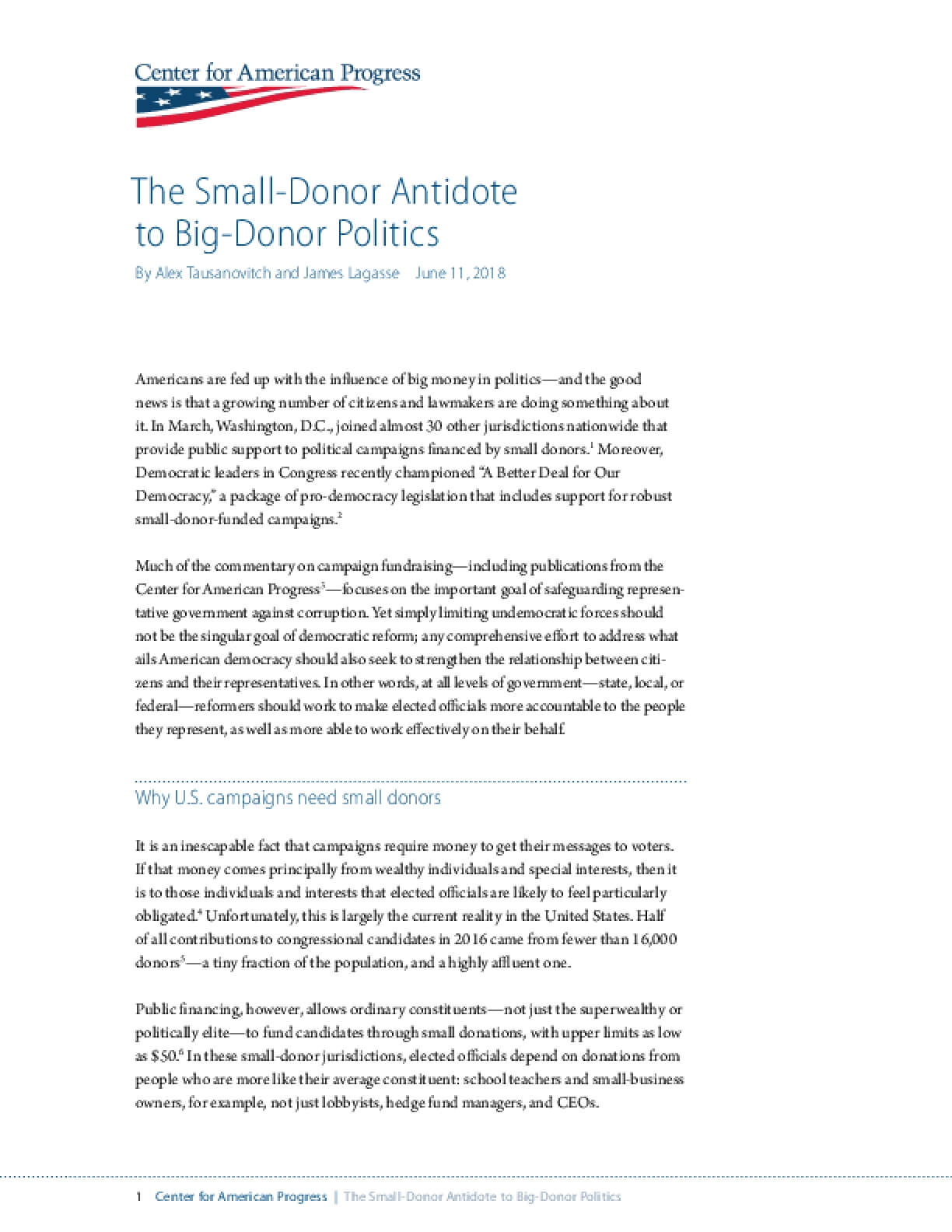