The State of Opportunity in America

Opportunity is one of America's most cherished and powerful ideals. It has drawn millions to our shores in search of a better life, and it sustains the dreams of those born here. It is articulated in the seminal ideas and documents of the nation's founding, such as the Declaration of Independence, the Constitution, and the Bill of Rights. It is reinforced in the human rights laws that the United States helped to craft a half-century ago and has sought to champion around the world. Americans have fought to protect opportunity during periods of great conflict and challenge such as World War II and during the civil and human rights struggles that marked the latter half of the twentieth century. Today, however, after more than five decades of progress, opportunity in the United States is at a crossroads. The nation has made great strides in building a middle class, creating a safety net, and erecting legal protections against official segregation and overt exclusion of marginalized groups. Along some measures of social and economic progress, gaps between racial and ethnic groups, men and women, newcomers and citizens, are closing. For example, the proportion of women enrolling in college has nearly doubled since 1967. African-American women have experienced some of the most dramatic increases in college attendance, as matriculation rates among this group have nearly quadrupled over the last thirty-five years. But, in many very important respects, American opportunity is in trouble. - The number of uninsured Americans - more than 45 million in the most recent U.S. Census estimate - has reached a record high. Immigrants, minorities, and low-income families are more likely to be uninsured than their counterparts. Most of the uninsured are in working families, and all are at greater risk of health problems and financial ruin. - Wage inequality is now greater than it was three decades ago. Wages increased less than one percent in adjusted dollars between 1979 and 2003 for those in the bottom tenth of wage earners, but increased by 27 percent among the top wage-earning decile during the same period. White men enjoyed the greatest income growth over the last three decades, while an increasing share of Hispanic men earned poverty-level and near-poverty-level wages. - The gender wage gap has narrowed over the last three decades, but women still earn 81 cents for every dollar that men earn. In addition, women with higher levels of education currently face a larger wage gap relative to comparably-educated men than that of less-educated women. - Although a growing share of Americans owns their home, rates of homeownership among most racial and ethnic minorities lag far behind that of whites. And homeownership has declined over the last thirty-five years for those in the lowest income quartile, in contrast to the modest increases seen among higher income groups. Barriers to opportunity for homeownership are exacerbated by persistent discrimination in mortgage lending and home sales. 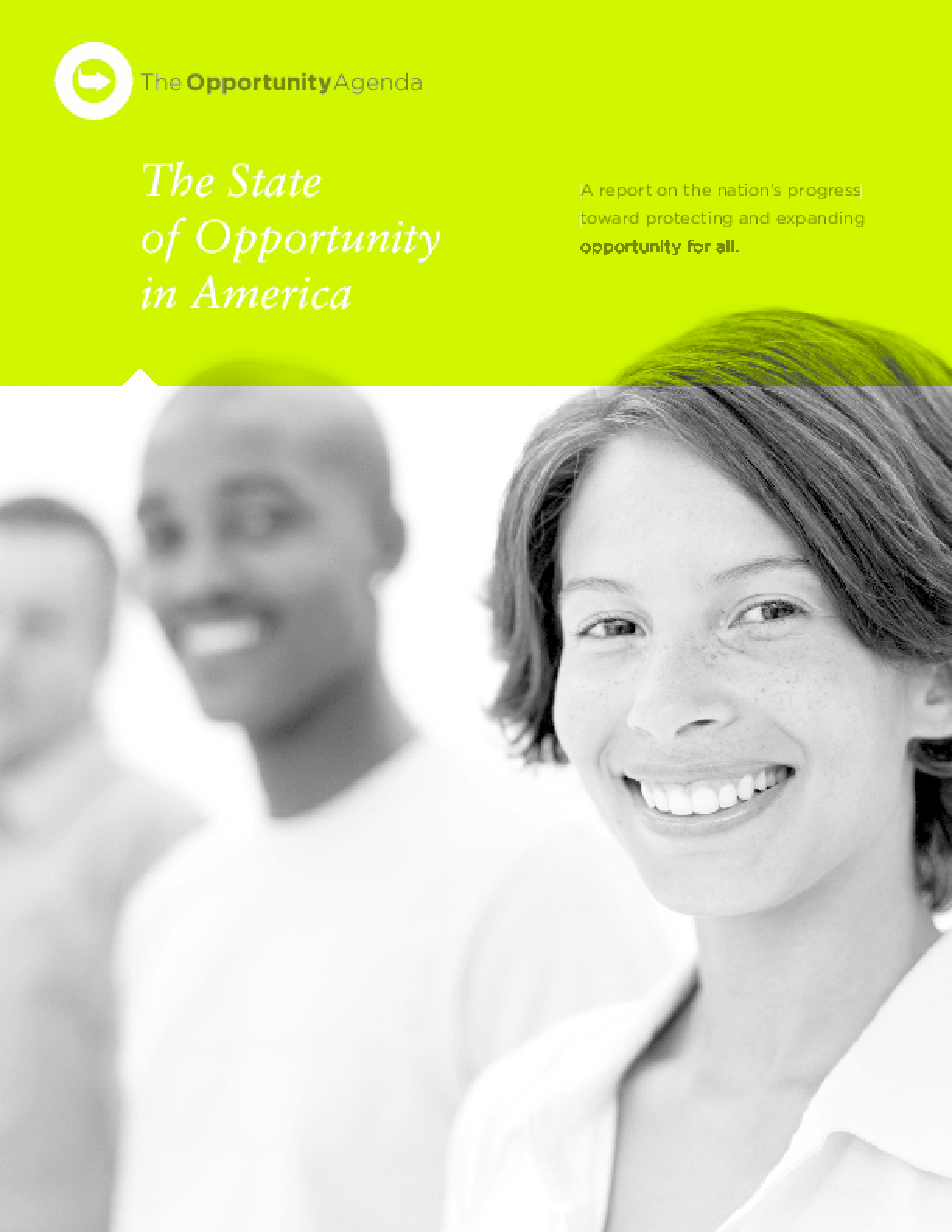