This report summarizes the most recent available data on Virginia's nonprofits and illustrates the significant role this sector plays. Much attention is given to the condition of government and business in the Commonwealth, but let's not forget that nonprofits fill a critical role as a third and independent sector. The primary source for this data are fiscal year annual reports filed with the IRS by charitable nonprofits with over $25,000 in gross annual receipts. The data in this report was released in June 2007 by the National Center for Charitable Statistics. Data is based on information from 2006 IRS Form 990 filings, detailing 2005 activities. 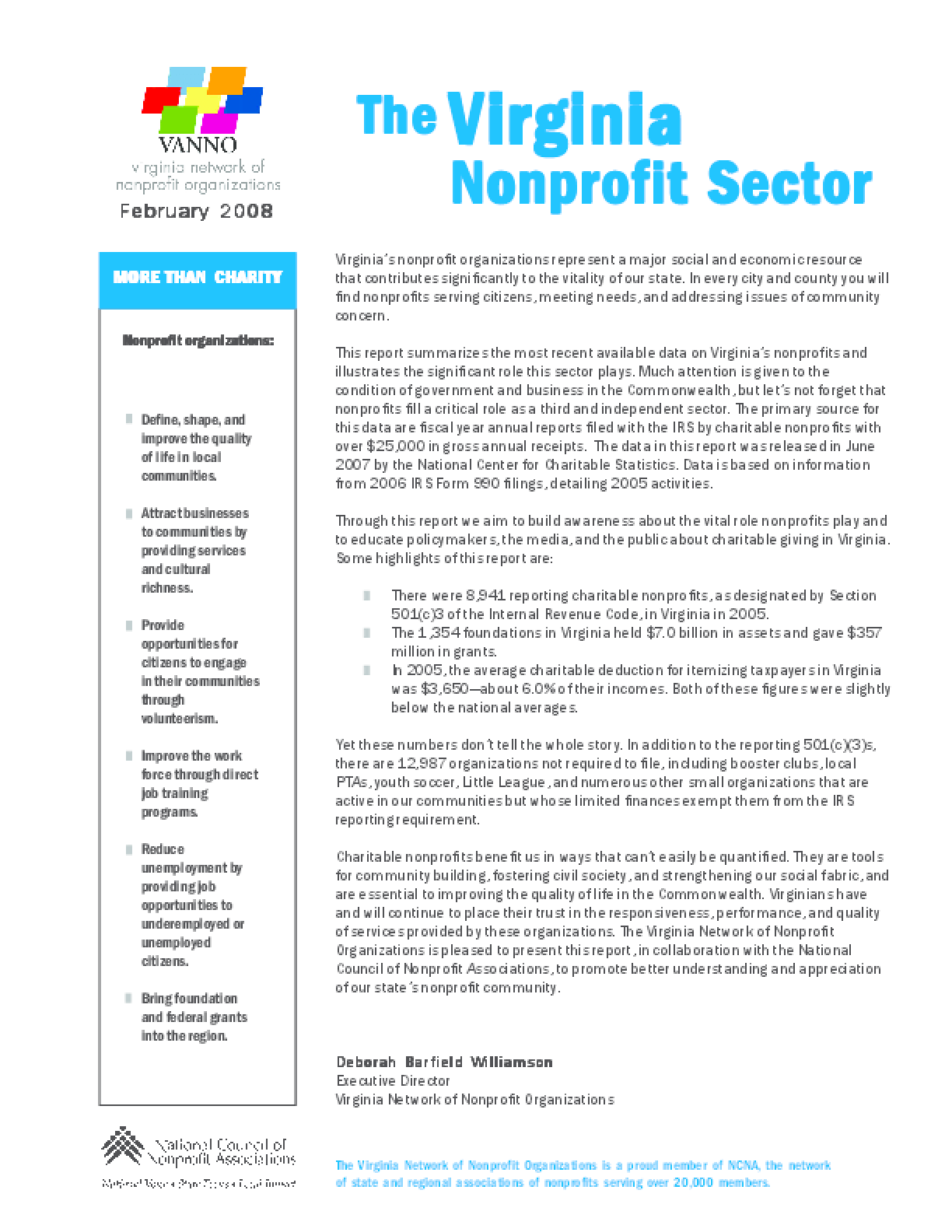