Tipping the Scales: A Report of the Tenant Experiences in Bronx Housing Court

Every day, about 2,000 tenants go through Bronx Housing Court. Most are low-income people of color who have limited resources and cannot afford a lawyer to help them navigate the confusing court system. The operation of Housing Court has been described as an "eviction mill," a system created "to work in a landlord's favor." As a result of this imbalanced system, thousands of tenants are evicted; in 2012, approximately 11,000 households were evicted in the Bronx. Children have to change schools, jobs are at risk, belongings are lost and communities are uprooted. Members of New Settlement's Community Action for Safe Apartments (CASA), many of whom have been in Housing Court, decided that this is a system they simply cannot accept and began to take action. To identify concrete issues tenants face in Housing Court and necessary policy changes, CASA launched a research project in partnership with the Community Development Project (CDP) at the Urban Justice Center, collecting 1,055 surveys, conducting 15 judge observations and holding three focus groups with 25 participants. 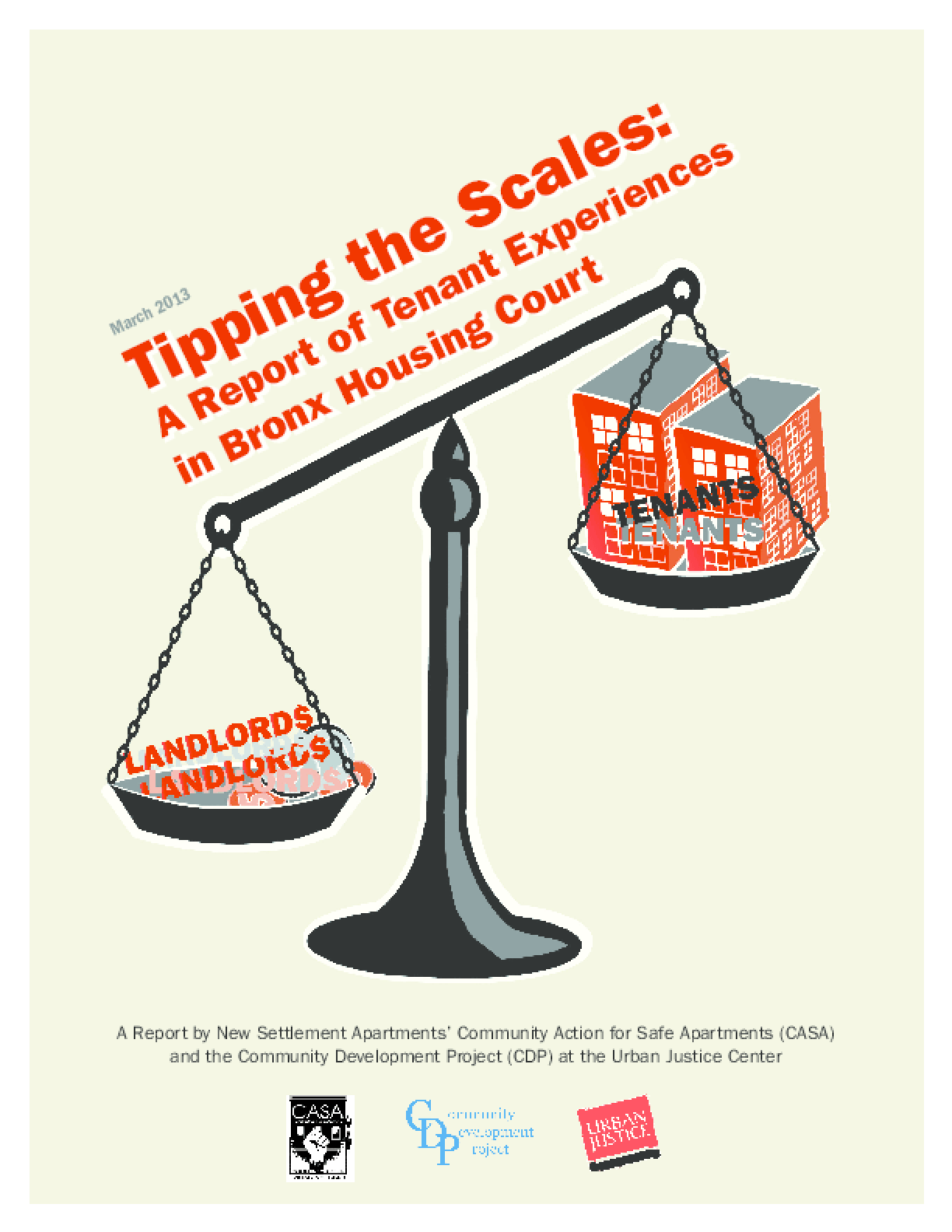