Towards a More Equal City: Framing the Challenges and Opportunities

Cities are growing differently today than before. As much as 70 percent of people in emerging cities in Asia, Africa and Latin America is under-served. Furthermore, cities face challenges in four areas:

We need a new approach that will benefit all urban residents and create sustainable, productive cities for the 21st century. The World Resources Report (WRR) examines if prioritizing access to core urban services, we can create cities that are prosperous and sustainable for all people.

This first installment of the WRR developed a new categorization of cities into emerging, struggling, thriving, and stabilizing cities. It focuses on solutions for struggling and emerging cities—over half the cities included in the analysis—because they have the greatest opportunity to alter their development trajectory. 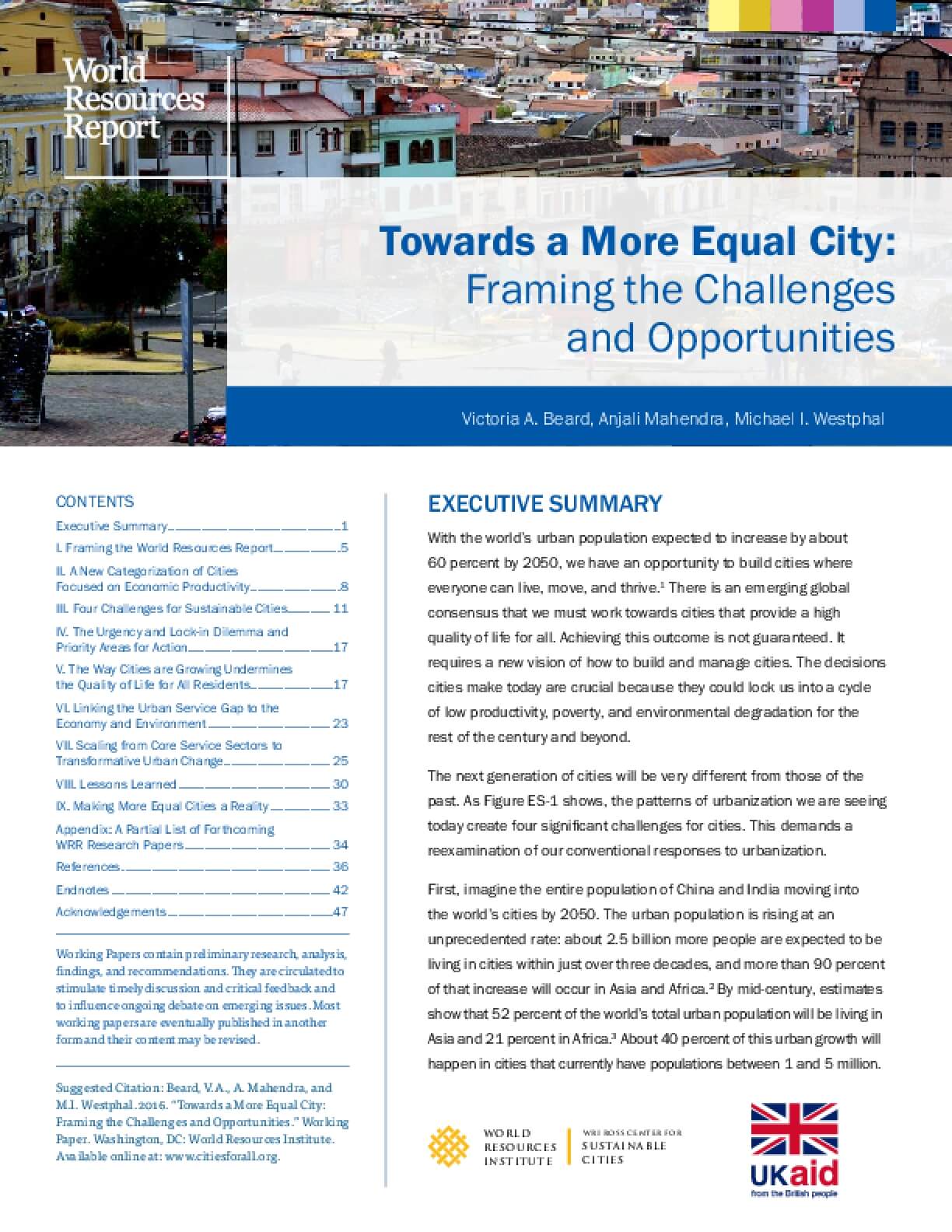