Trained To Death And Still Jobless

A Case Study of the Efficacy of DC's First Source Law, Economic Development Policies, and the Marriott Marquis Jobs Training Program. In May 2014, a long-awaited hotel opened at Washington's Mount Vernon Square next to the Walter E. Washington Convention Center. Delayed for 11 years after the convention center opened in 2003, the Marriott Marquis hotel had been envisioned as a boon to local residents who hoped to land many of the hundreds of jobs the hotel would offer. A year after the hotel's opening, officials with the District of Columbia government and Marriott International heralded the project's $2 million jobs training program as a grand success. However, after interviewing program participants and documenting the recruitment and training process, it is clear that these claims of success do not reflect an objective assessment of the program's results. This report shows how key stakeholders involved in executing the program under-hired from the pool of local residents who completed the job training program, failed to hire any meaningful numbers of "returning citizens" at the hotel, and sought to avoid public accountability. 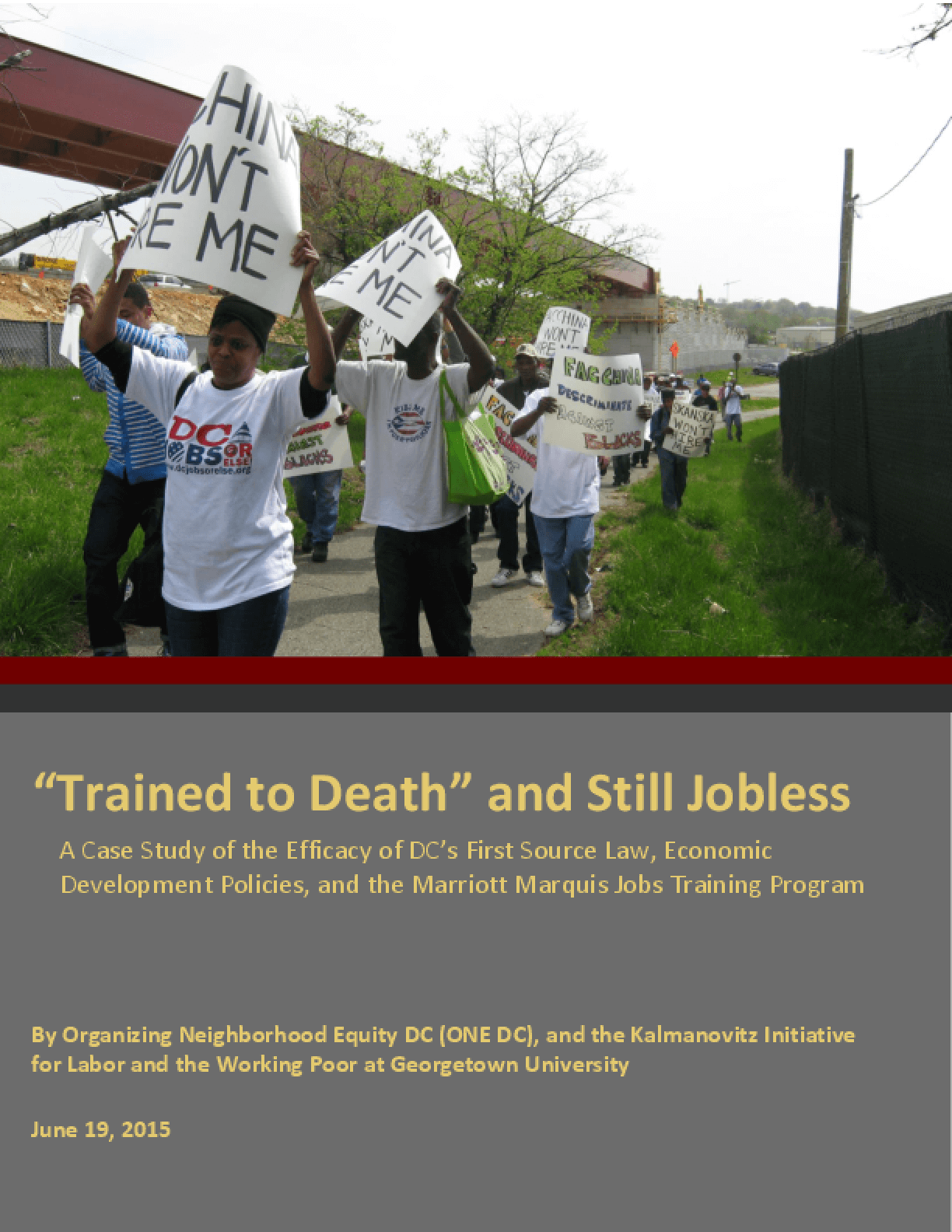