Views on the American Election Process and Perceptions of Voter Fraud

Many Americans have reservations about the integrity of the voting system in this country. Recent computer hacks at major federal agencies, large corporations, and the Democratic National Committee have generated discussion about possible attempts to interfere with the 2016 election results.  In the latest poll conducted by The Associated Press-NORC Center for Public Affairs Research, most Americans think there is at least some fraud in elections, and 8 in 10 approve of laws that require voters to show photo identification, legislation with a stated aim of preventing such voter fraud. Those who say election fraud takes place are particularly likely to favor such laws. Along with these misgivings, only about 4 in 10 Americans have a high degree of confidence that the votes in the 2016 presidential election will be counted correctly. However, most people think new technology introduced in the wake of the controversial 2000 presidential election has made vote counts more accurate.  The nationwide poll of 1,022 adults was part of the AmeriSpeak® Omnibus, a monthly multi-client survey using NORC at the University of Chicago's probability-based panel. Interviews were conducted between September 15 and 18, 2016, online and using landlines and cell phones. 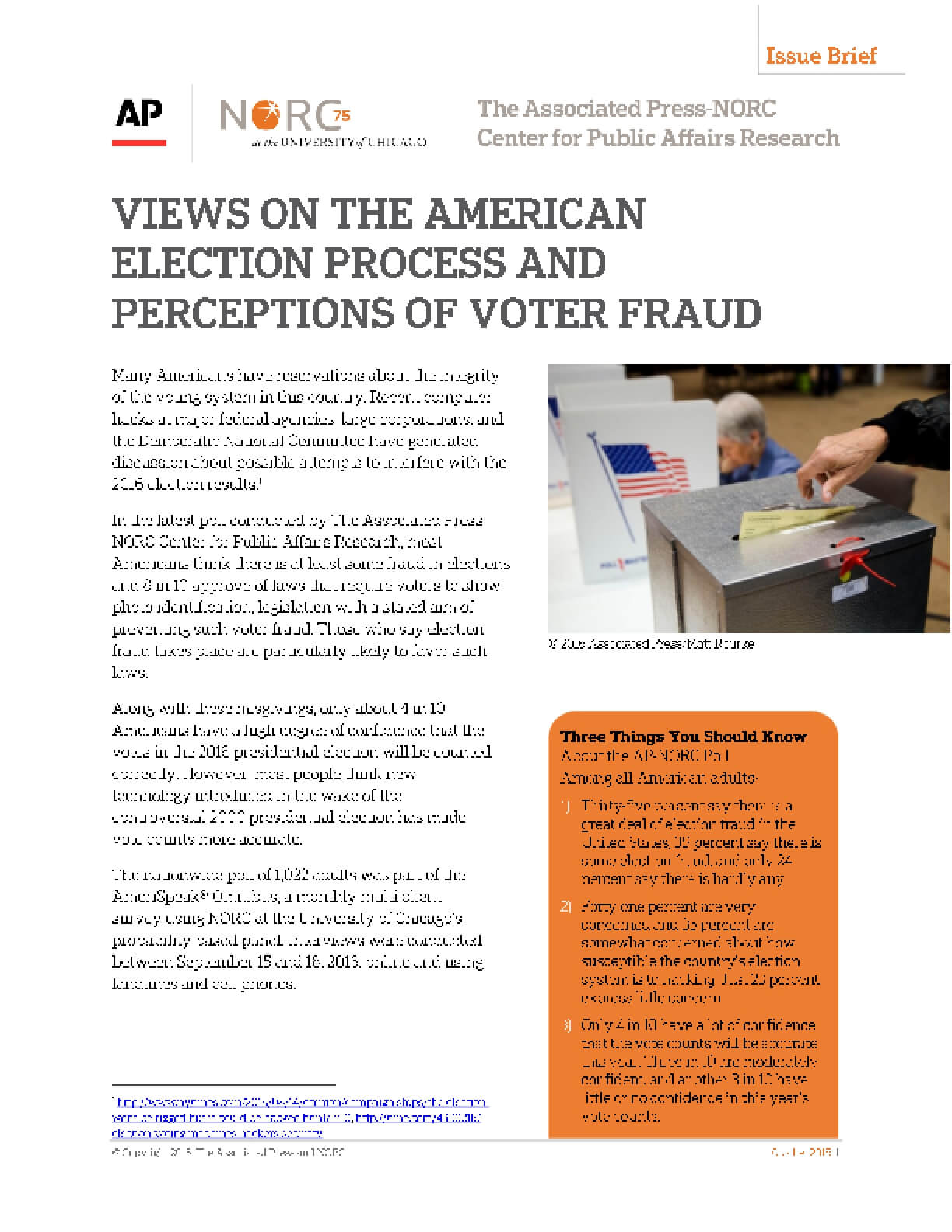