What Does It Take to Spend Down Successfully?

Increasing numbers of grantmakers are opting for a spend-down strategy - meaning they intend to give away all of their philanthropic resources within a specific, limited timeframe and then close their doors. They do so for a variety of reasons. Some want to "give while living" and be personally involved in their philanthropy. Others see sunsetting as a way to become more agile and flexible in their grantmaking. Most hope that by exhausting their resources in relatively short order, they will be able to have a larger and more immediate impact on problems they see as simply too pressing to delay action on.

Research suggests that 8 to 12 percent of foundations are using a spenddown approach, representing a sizeable proportion of all philanthropic dollars. According to Bridgespan, nearly a quarter of the total assets of America's 50 largest foundations were held by spend-downs in 2010. Many individual philanthropists are also looking to donate their resources within a limited span of time.

So, what does it take to spend down effectively? Valuable lessons have begun to emerge from the experiences of grantmakers who have taken this path. In 2015, GEO conducted a review of existing literature and spoke with several grantmakers in the field to identify keys to success for funders who have elected to spend down. Most of these principles echo those of effective grantmaking more generally, but also reflect the sense of urgency that comes with a firm end date for a funder's work. 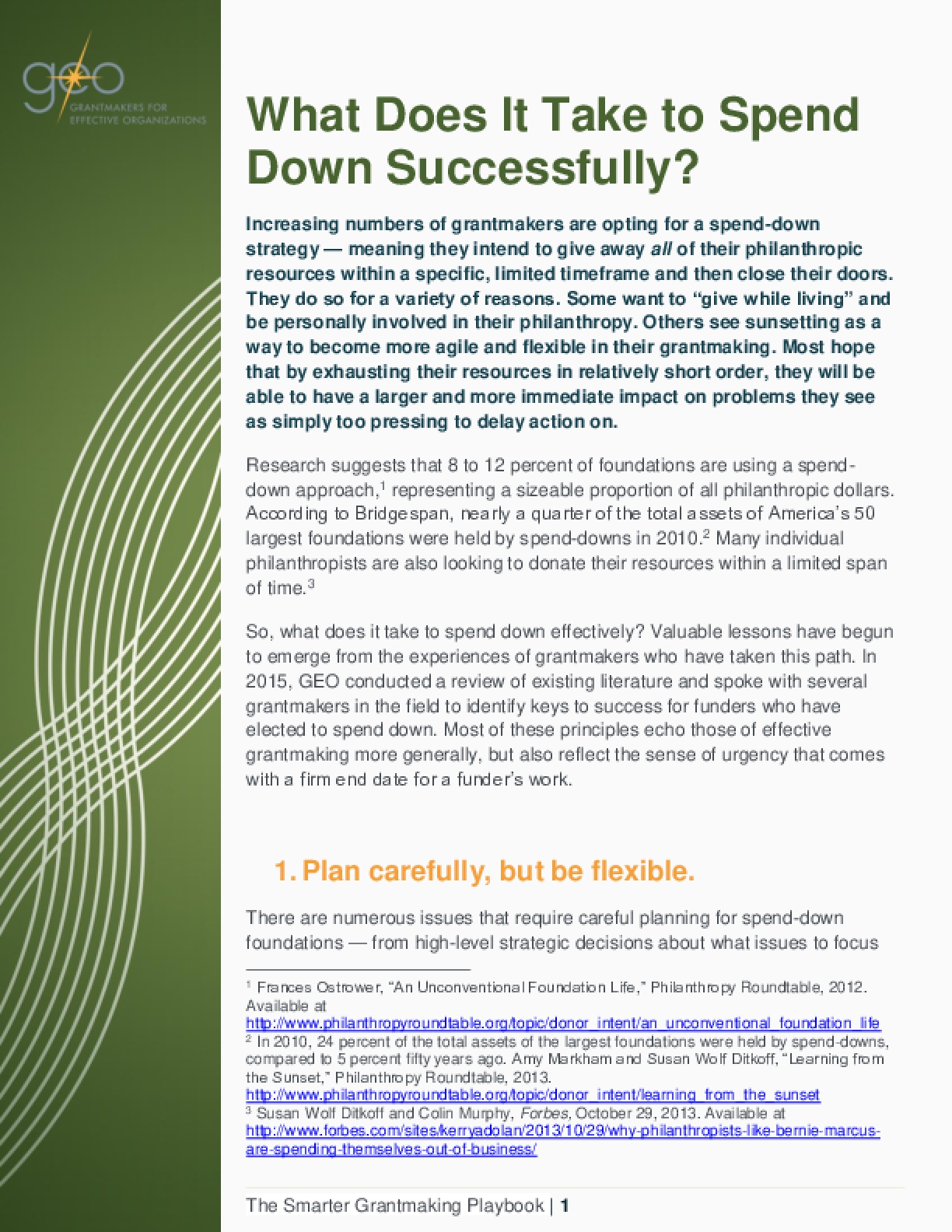