What Works in Youth Media: Case Studies from Around the World

Foreword by Christiane Amanpour. This publication grew out of the International Youth Foundation's (IYF) core focus on promoting active youth participation in the communities where they live. IYF believes strongly in the power of young people to serve as agents of positive social change at the local, national, and international level. This report celebrates that power. Youth media programs provide a potent example of young people's passion, creativity, and engagement in the broader society. They also nurture the positive development of children and youth by actively promoting what IYF refers to as the 5C's: confidence, competence, character, connection, and contribution. From IYF's perspective, an added benefit of youth media is the role these programs play in engaging young people in the development of civil society. Today's young reporters are actively involved in their communities, casting a spotlight on some of the most critical, and all-too-often overlooked, issues around them. With nearly half of the world's population under the age of 24, young people are major consumers of today's varied and rapidly expanding mass media diet. It follows that they, too, should be actively engaged in informing -- and contributing to -- its content. The mass media exerts enormous power over people's beliefs and preferences, not to mention their passions and prejudices. Young people have a right, as stipulated in the UN Convention on the Rights of the Child, to freely express their opinions and to participate in decisions that affect their lives. Hunger among young people to have a voice has coincided with a revolution in technology, and the result has been a dramatic increase in youth media around the world. 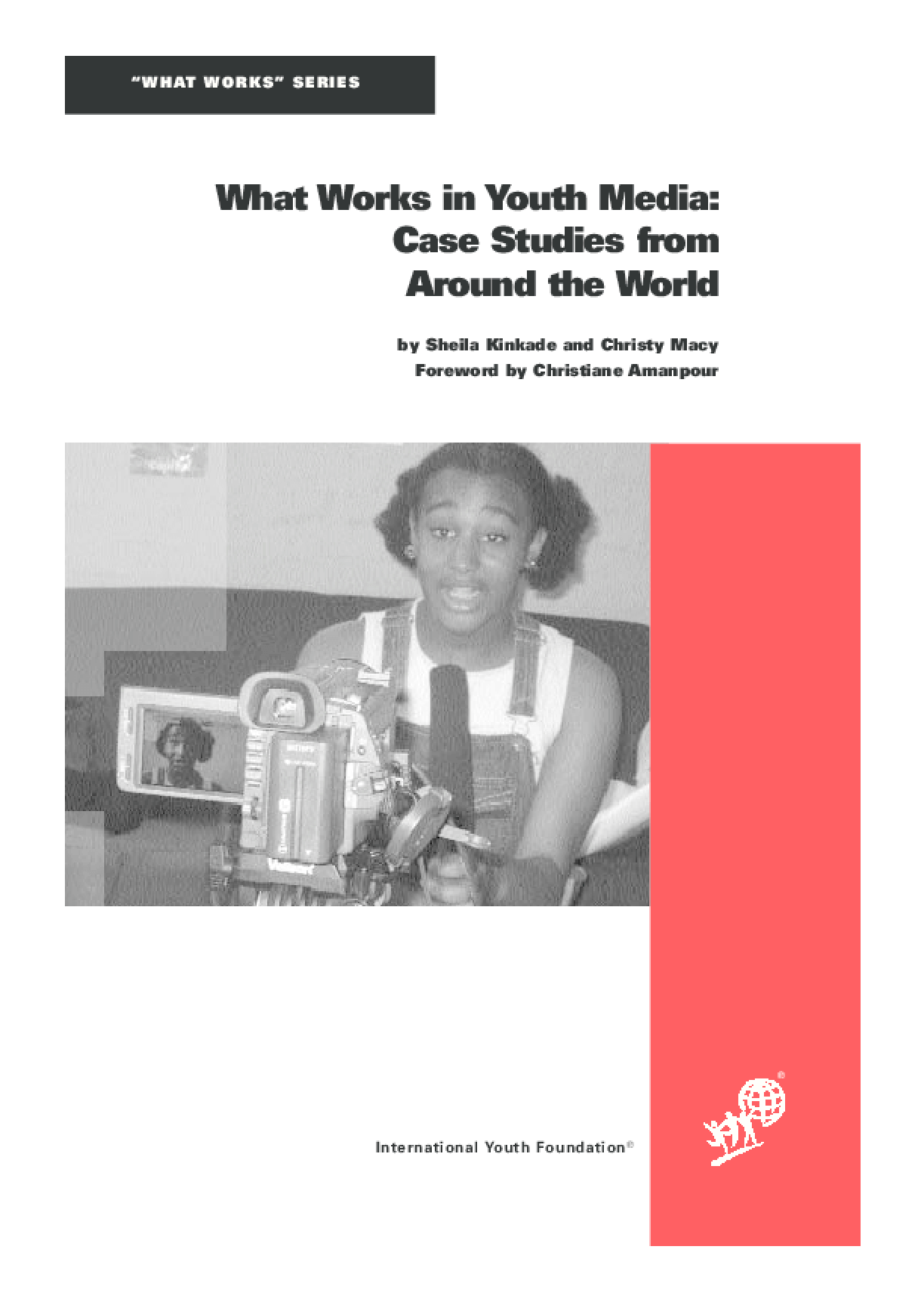