This report is part of a six-city research series, Europe's White Working Class Communities, which examines the realities of people from majority populations in Aarhus, Amsterdam, Berlin, Lyon, Manchester, and Stockholm.

White Working Class Communities in Stockholm explores the experiences and concerns of majority Swedes in Greater Stockholm, more specifically in the municipality of Southern Botkyrka. Botkyrka is the fifth-largest municipality in Greater Stockholm, with a history of migration stretching back to at least the 1960s. It is today the first municipality in Sweden where the majority population is no longer the majority locally, but the biggest demographic segment among many minorities.

A working class and lower-middle class municipality, Botkyrka is divided into the North—traditionally a home to immigrant workers where today 65 percent of residents have a foreign background—and Southern Botkyrka, a relatively homogenous neighborhood where only 25 percent of residents have a foreign background. While Northern Botkyrka is relatively poor, Southern Botkyrka is a mix of poor and high-income residents. Though few Swedes from the majority population feel marginalized, there are signs that this is changing, with inequality on the rise and labor market participation decreasing for those with less education.

Following on from work by the Open Society Foundations' At Home in Europe project on Muslim and Somali communities in Western Europe, this research focuses on white working class communities in seven areas of local policy—employment, education, health, housing, political participation, policing, and the media—as well as broader themes of belonging and identity. It is one of a series providing ground-breaking research on the experiences of a section of the population whose lives are often caricatured and whose voices are rarely heard in debates on integration, social cohesion, and social inclusion. Through a comparative lens, the project seeks to highlight parallels and differences in policies, practices, and experiences across the European cities. 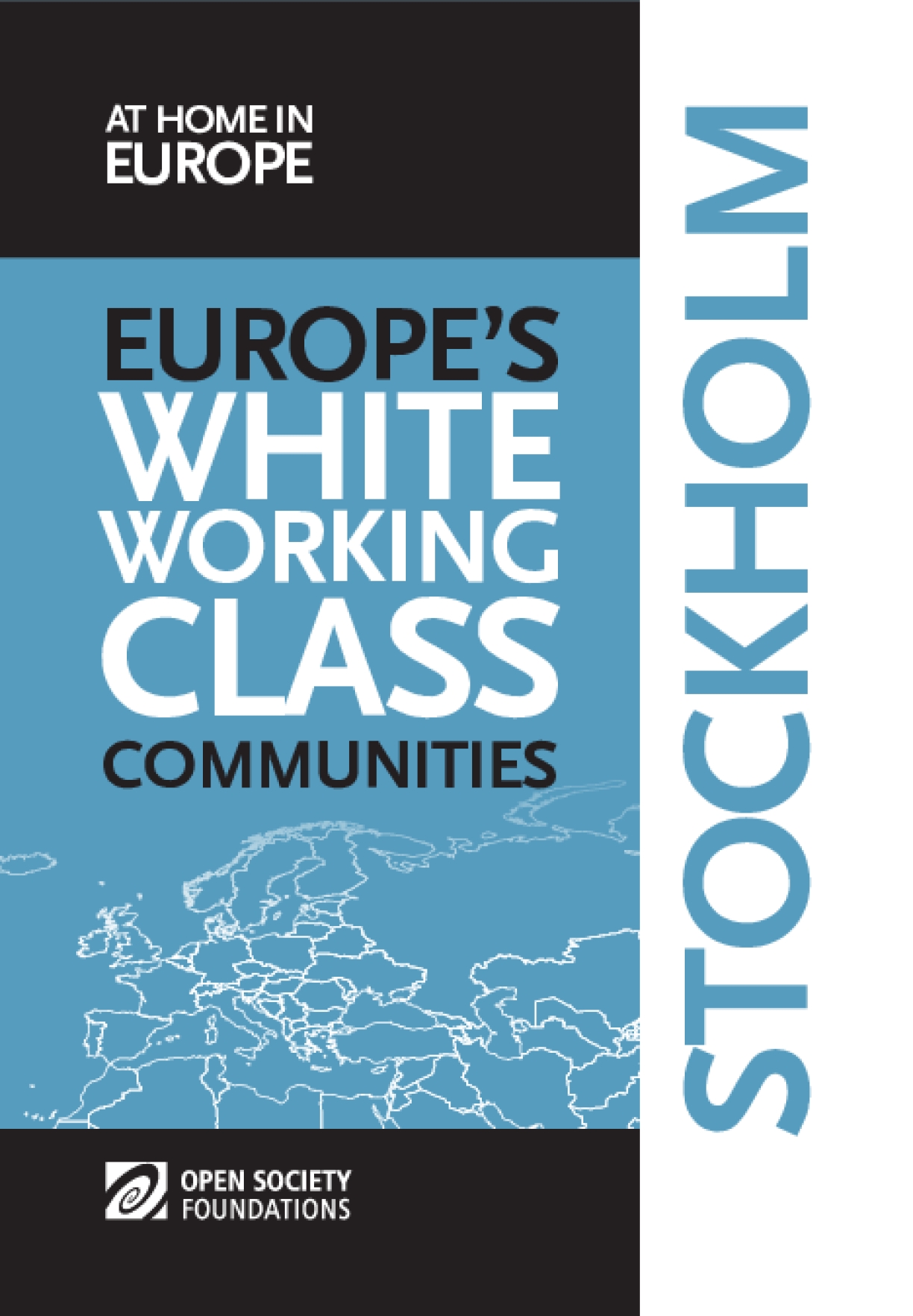